“At mid-day precisely eight peels echoed around Victory Arena as Princess Anne rang the bell for the first time since May 24 1941 when Hood sailed to intercept Hitler’s flagship Bismarck and prevent it from breaking out into the Atlantic to maul British shipping,” reads the report from the Royal Navy.

The bell was recovered last year by a dive team from the battlecruiser’s resting place in the cold North Atlantic and spent the past nine months undergoing conservation work.

A 30-minute memorial service attended by members of the Hood Association, descendants of men who fought at Jutland – not least, three of the four senior admirals that day: Jellicoe, Beatty and Scheer – preceded the ringing, before the bell was escorted by a guard of honor through the historic dockyard to Boathouse No.5, home of the new exhibition 36 Hours: Jutland 1916, The Battle That Won The War. 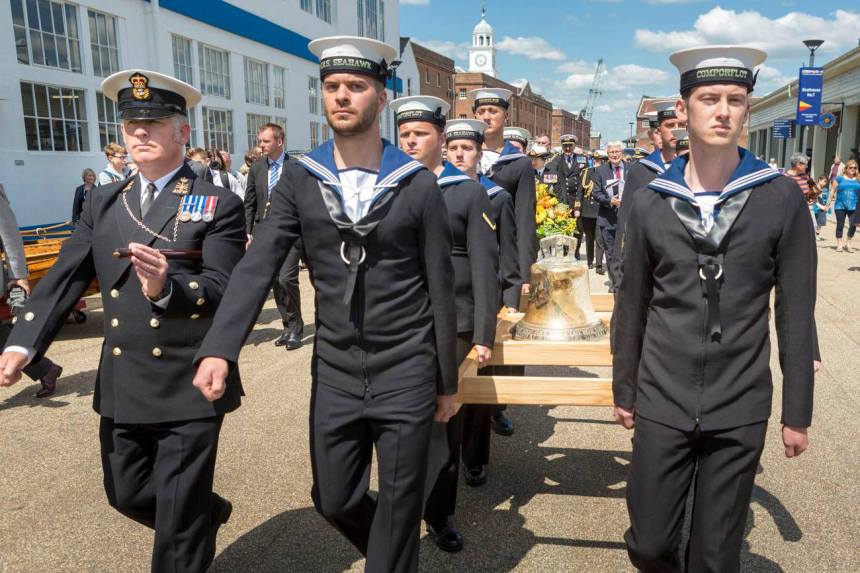 HRH is the Chief Commandant for Women in the Navy.