Posted on August 29, 2017 by laststandonzombieisland 2 comments 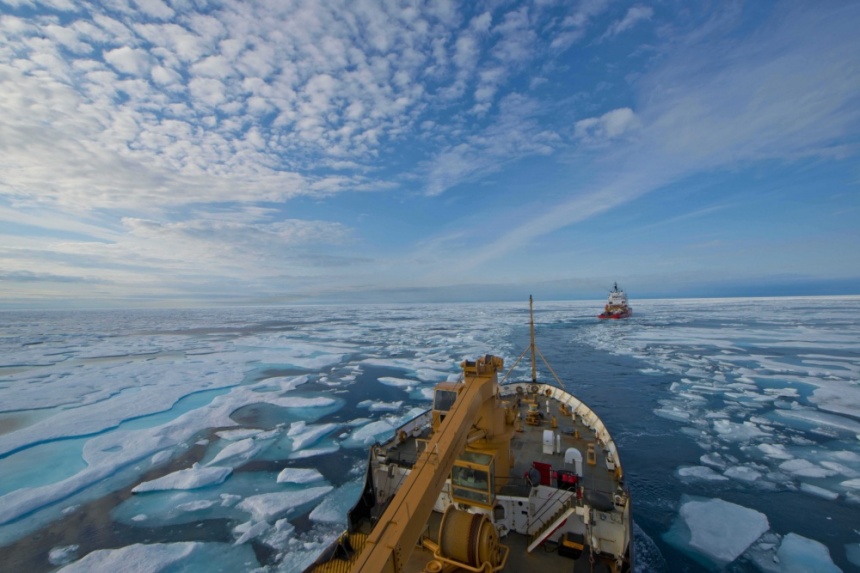 The crew of the U.S. Coast Guard Cutter Maple, a 225-foot Juniper-class seagoing buoy tender, completed their historic voyage through the Northwest Passage yesterday and has arrived at the Coast Guard Yard in Baltimore, MD.

Accompanied for most of the way by the Canadian Coast Guard vessels under the 1988 Canada-US Agreement on Arctic Cooperation, Maple departed Sitka, Alaska on 12 July.

The passage marks the 60th anniversary of the five-month trek of the U.S. Coast Guard Cutters Storis, SPAR and Bramble, along with the crew of the Canadian ice breaker HMCS Labrador from May to September of 1957.