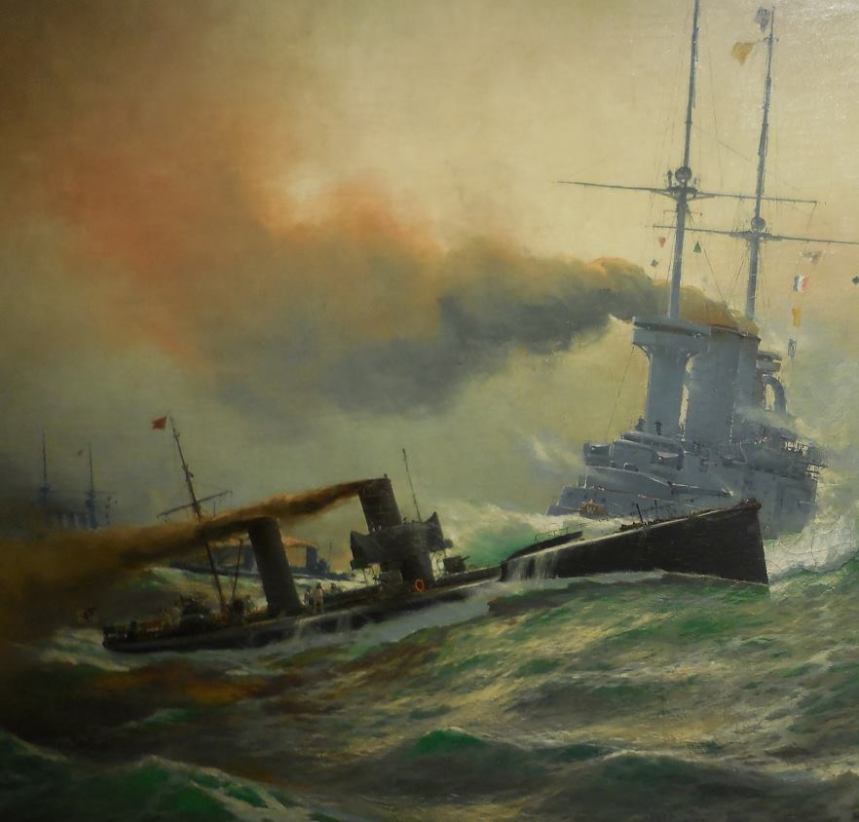 Ahh, the unlikely scourge of the armored leviathans of the early 20th Century– the plucky torpedo boat as seen by German naval artist Willy Stower, titled “Torpedo boats on maneuver”

Once the spar and locomotive torpedoes claimed their first victims in 1864 (USS Housatonic) and 1878 (the Turkish steamer Intibah), the world’s fleets began to research torpedo nets to be carried by capital ships to protect them from such infernal devices. By the early 20th Century, such an idea was common.

This, of course, led to:

Manufactured under license at Newport, the 1,400-pound fish carried 200-pounds of gun-cotton with a contact exploder in its nose and– a first for Whitehead– was hot-running. It was also variable speed on its 4-cylinder reciprocating engine, capable of being set for a sedate 27-knot clip for 4,000-yards (though the gyroscope keeping it in a straight line for that long was a stretch) or a blistering 40-kt pace for 1,000.

In 1908, Whitehead was the household name in locomotive torpedoes, having made them for over 30 years.

They sold the first to the Royal Navy back in 1877 and didn’t look back.

In the end, the Navy went with domestically designed and produced Bliss-Leavitt torpedoes over the Whiteheads, scrapping the latter in all their variants by 1922.

But they did outlive torpedo nets, which were ditched by ships in the early days of WWI, though defended harbor entrances continued to use anti-submarine nets through the 1940s.