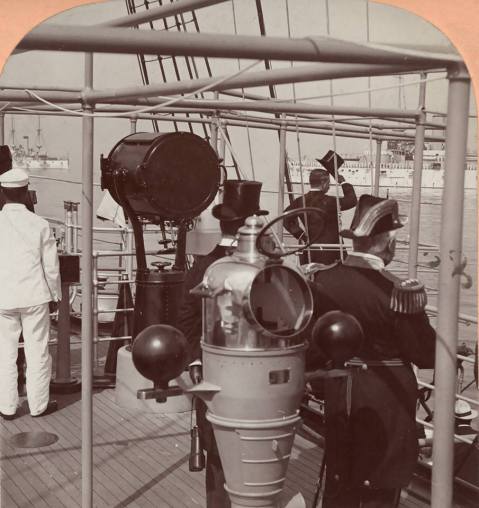 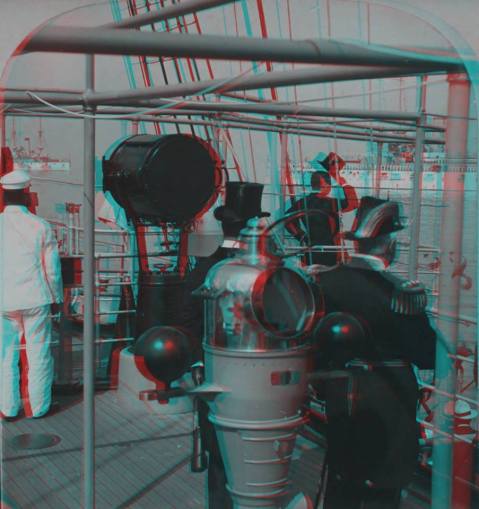 Built for millionaire real-estate developer Ogden Goelet, he died aboard the 273-foot luxury yacht in 1897– the very year it was built. Sold to the Navy the next year for the Spanish-American War, Mayflower joined the blockade of Cuba out of Key West with six 6-pounders aboard and captured a number of vessels including a Spanish schooner.

Serving as the floating office of Puerto Rico’s first American Governor Charles H. Allen, she soon became a presidential yacht, a role she played until damaged in a fire in 1931 which resulted in her sale on the open market.

Patched back up, the MARAD picked the ship again for military service and she performed as the gunboat USCGC Mayflower (WPE-183) with a Coast Guard crew and some 3-inch guns and depth charges running coastal convoys on the Eastern Seaboard. Decommissioned for a final time after the war, she worked as a sealer and carried Jewish refugees to the promised land in 1948 before dropping off the books.