Posted on September 22, 2018 by laststandonzombieisland 2 comments

As a Pascagoula kid, I spent a lot of time looking at boats and ships growing up as they made their way through Ingalls. I remember the Spru-cans and their Ticonderoga half-sisters cranking through the yard alongside every LHA and LHD ever made as well as a share of LPHs/LSDs/LPDs and LSTs.

I saw two of the four Iowa-class battleships towed in past “The Point” alongside Singing River Island from mothballs and then sail back out again on their own power in the 1980s. Then in my 20s, I worked in the yard on DDG-51s.

And I also remember the submarine races as a kid.

Unofficial trials of course. It became something of town lore. There were even t-shirts made showing two periscopes running neck and neck. The real thing was more sedate, I’m sure.

Importantly for her class, Puffer was the first built with Raytheon Harmonic Power Conditioners, which used harmonic conditioning to get rid of an electrical bus noise problem that plagued the Sturgeons. NARA Catalog # USN 1140314

The Sturgeons were important, bridging the early 1950s often one-off SSN classes with the more modern Los Angeles (SSN-688) boats. As such, they were a redesign of the Thresher/Permit class using lessons learned from the loss of Thresher. Also, since there was so much sub building going on back then, it wasn’t just a Newport News/Electric Boat world when it came to submarines, a lot of Naval shipyards and, yes, even Ingalls, got in on the action.

The first of the Goula boats was the Barbel-class diesel sub USS Blueback (SS-581), awarded in 1956. 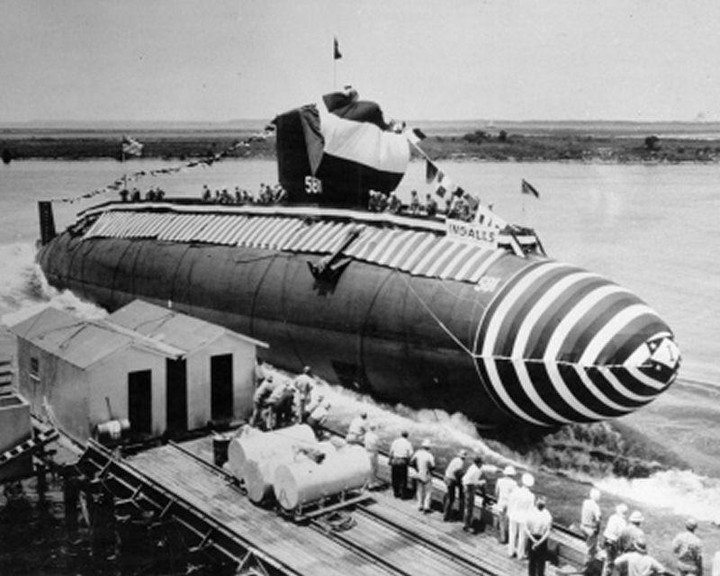 May 16, 1959, Barbel-class diesel submarine USS Blueback (SS-581) launched in Pascagoula. That dock is now a great place to get big dinner-plate sized flounder

In the 13 years between 1961, when USS Tautog (SSN-639) was ordered and 1974 when the famous Cold Warrior USS Parche (SSN-683) was commissioned, Ingalls produced seven Sturgeons on their East Bank facility. They also went on to refuel/refit a dozen subs throughout the 1970s. USS Sunfish (SSN-649) sailed out of Pascagoula in October 1980, the last sub ever to grace the yard.

Today, all of the Sturgeons are scrap metal and sealed reactors, although a number of fairwater planes (including Puffer‘s) have been preserved in parks.

Speaking of preserved, the pace car of the Pascagoula Submarine Races, Blueback, is a floating museum at the Oregon Museum of Science and Industry in Portland of all places, after 31 years of active duty and tons of film and TV appearances. 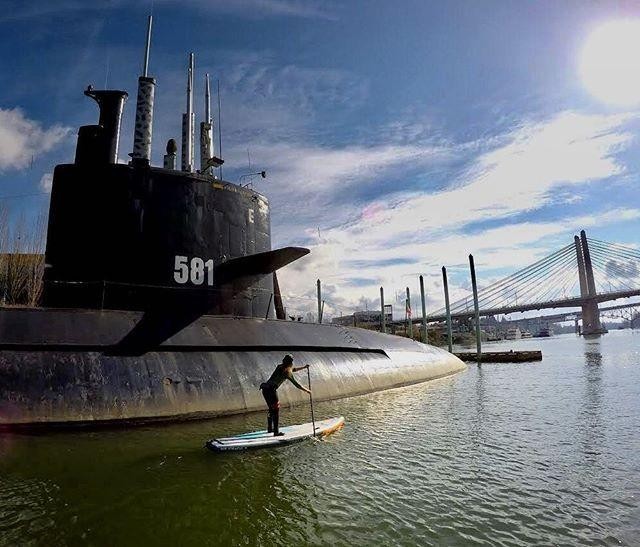