Celebrating 40 years of OTO in the U.S.

Here we see the aftermath of a recent U.S. Coast Guard Cutter Escanaba shootex with her Mk75 gun making a mess of things. 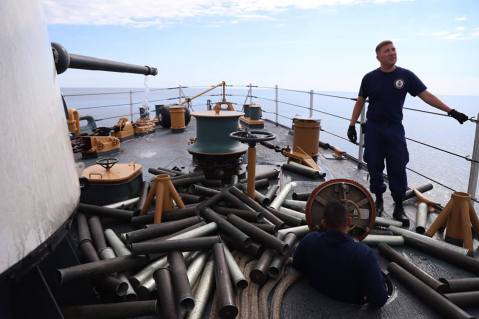 Essentially the OTO Melara Compact, this rapid-fire 76mm multi-purpose gun (word on the street when talking to a former GMGC who worked on them on FFG7s that they could even do NGFS if you tweaked the Mk92 FCS right) came about in 1963. In August 1978, almost as an afterthought, the U.S. Navy started picking them up for use as the main gun on the Oliver Hazard Perry-class FFGs, a line of tin cans meant to rely principally on their LAMPS helicopter system and Mk 13 one-armed bandit missile launcher. 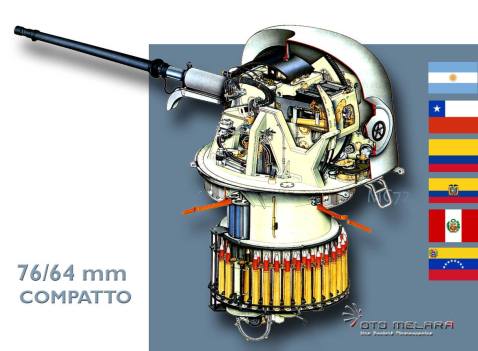 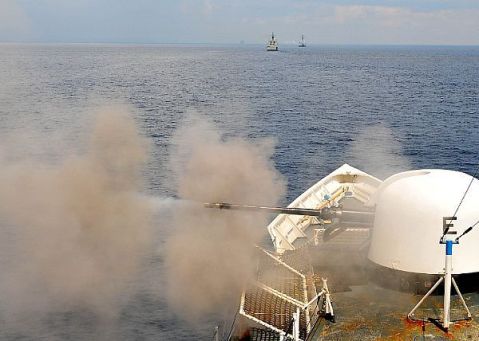 Eventually, the Navy used them on 51 Perrys, 6 Pegasus PHMs (fun boats), and 25 1980s produced/refitted Coast Guard Cutters as well as a number of domestically-produced FMS ships for allies (Israel’s Sa’ar corvettes, Egypt’s Ambassador MK III class FACs et. al). With the last Perry retired from US service– USS Simpson (FFG-56)– was decommissioned on 29 September 2015, and the PHMs long since retired, the only user of the MK75 in U.S service is the shrinking Hamilton-class 378-foot high endurance cutters [USCGC Sherman (WHEC-720) decommissioned in March and transferred to the Sri Lanka Navy last month, leaving just Mellon (WHEC-717) and Midgett (WHEC-726) in U.S. service] and the 13 270-foot Bear-class medium endurance cutters, of which Escanaba is an example.

On the world scene, the OTO Compact was replaced in production by the Super Rapid after 1985 and, since 2004, as the Leonardo Strales in a stealth cupola as mounted on new ships such as the Norwegian frigate HNoMS Fridtjof Nansen.

The 76/62 Super Rapid as it looks today in more up-to-date mountings. This gun fires at 120rpm rather than the Mk75/Compact’s more sedate 80.

As noted by the Navy: The U.S. Navy is no longer acquiring Mark 75 guns but has logistics support contracts with BAE systems and OTO Melara. As the new Offshore Patrol (Heritage-class) cutters are equipped with the same 220 rpm Bofors 57 mm gun as mounted on the USN’s Littoral combat ships and the USCG’s Legend class cutters, the MK75 is likely to be retired in US service sometime in the 2030s when the final 270s are put to pasture after 50 years of service.