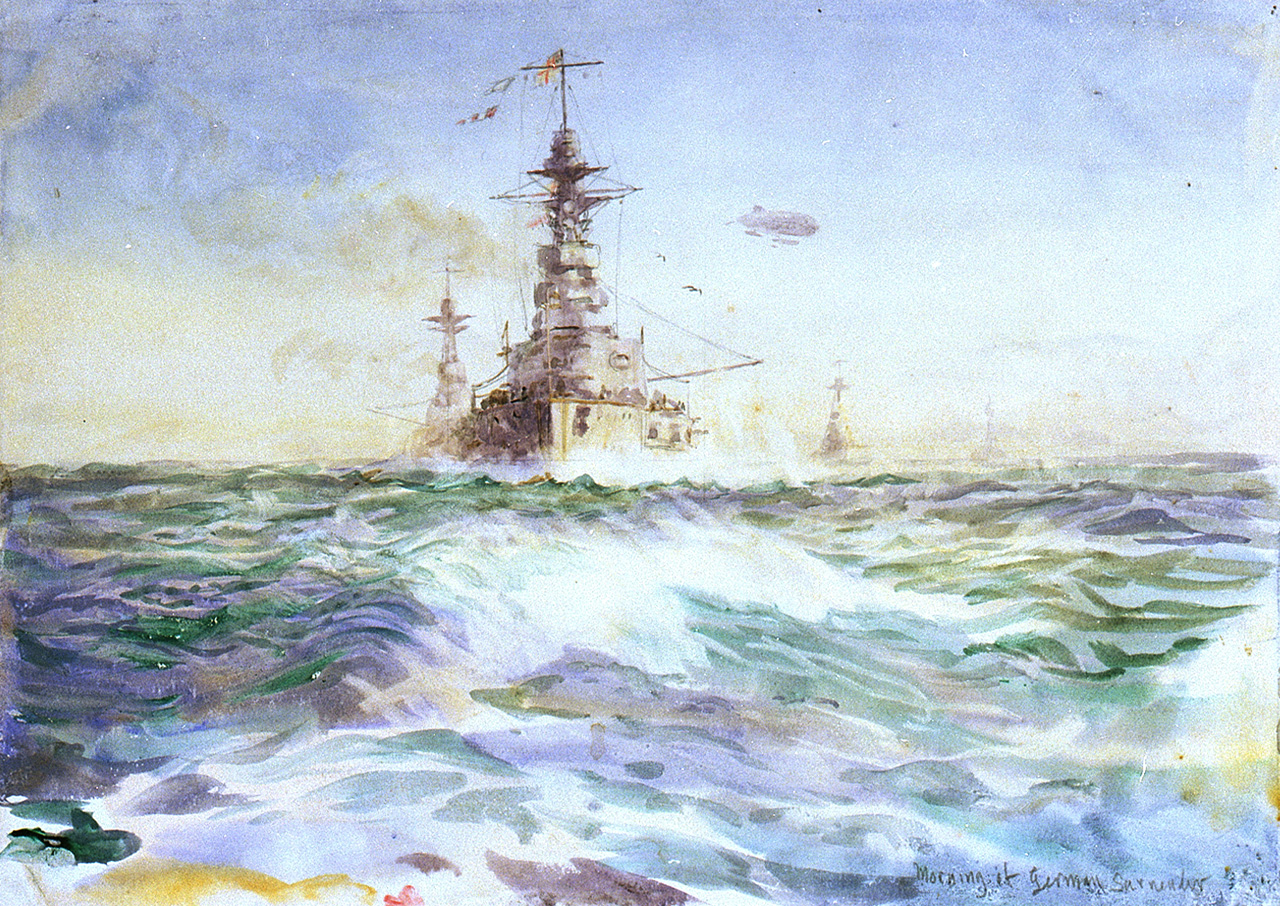 British battleships of the 1st Battle Squadron at sea on the morning of the German surrender, 21 November 1918. Inscribed by the artist, lower right, ‘Morning of German surrender’. This study of R-class battleships of the 1st Battle Squadron of the Grand Fleet is apparently taken from its flagship, HMS ‘Revenge’, on which Wyllie was a guest of Admiral Sir Charles Madden for a month at the time of the surrender and internment of the German High Seas Fleet. That being so, the ships shown are ‘Resolution’ immediately following, ‘Royal Sovereign’ and ‘Royal Oak’. http://collections.rmg.co.uk/collections/objects/125878 RMG PW1743