Brenning Up, 75 Years ago today

WWII, Papua New Guinea. 14 April 1945. Skrim-and-leaf camoed Private John Davies, armed with a Bren Mark 2 gun, conceals himself behind some cover during an attack by the 24th Australian Infantry Battalion against the Japanese at the Hatai Junction on Buin Road. 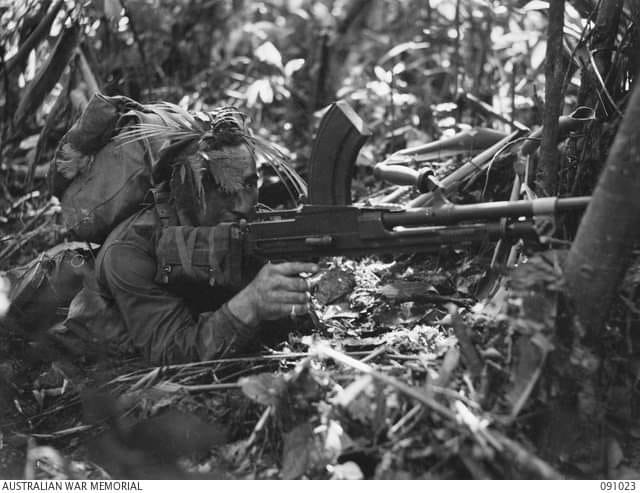 Pvt. Davies has the tool wallet, typically carried on the webbing, strapped to the butt of his Bren.

Each British Commonwealth soldier at the time typically carried a pair of magazines for his section’s Bren gun. The large ammunition pouches on the 1937 Pattern Web Equipment were designed around the Bren magazine. However it was the task of the gunner himself to tote his tool kit. 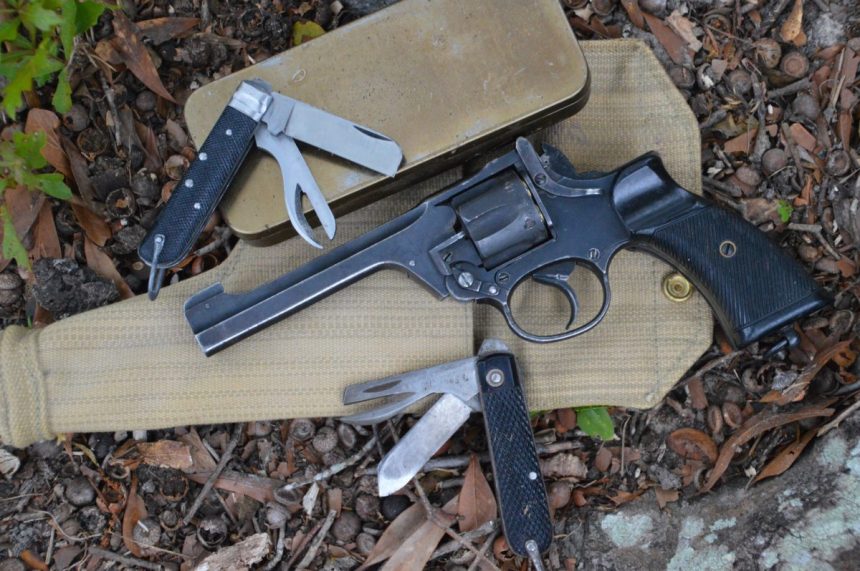 A 1943-marked Bren tool tin in my collection, along with an Australian-marked Enfield .38/200 and holster.

The Bren remained in common use in the British Army, rechambered in 7.62 NATO, through the Falklands. The Australians, who kept the gun in very active service in the Korean War, the Malayan Emergency, and the Indonesia–Malaysia confrontation, kept the later L4A4 model (7.62) LMG in reserve until 1990.