A flag unstained, 80 years ago today

The French Army’s 106e Régiment d’Infanterie (106e RI) has a long history, with a lineage dating back unofficially to 1622 before its number appeared as the 106th Line Infantry Rgt in 1792. 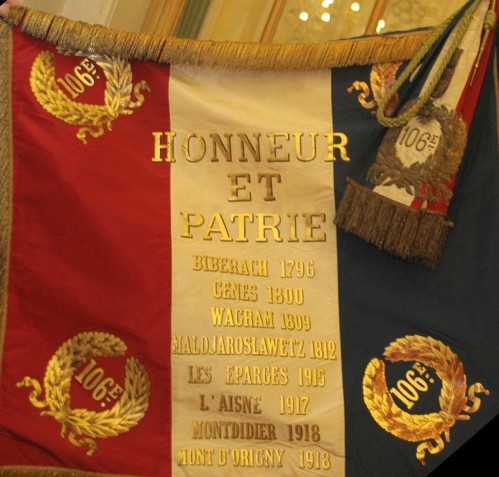 A monument to the regiment’s bloody WWI service, crafted by renowned sculptor Maxime Real del Sarte– who himself had lost an arm in 1915– was erected on the crest of the Éparges battlefield in 1935. It had seen the elephant at Austerlitz in 1805, endured the Siege of Paris in 1870, and been bled white on the Western Front in 1918.

Modernized in 1939, the 106th was redesignated the 106e RIM (régiment d’infanterie motorisée) as part of the French 12th Motorised Infantry Division (12e DIM) at Reims.

When the “Phony War” went deadly serious on 10 May 1940, fighting as part of the French 1st Army, they ended up holding the line at Dunkirk while the British Expeditionary Forces were largely withdrawn following the Allied collapse in Northern France.

Dunkirk 26-29 May 1940 British troops line up on the beach at Dunkirk to await evacuation, IWM

Trapped in the Lille Pocket along with some 40,000 other fighters, the French fought like lions for half a week and in a counterattack were even able to capture the headquarters of German Maj. Gen. Fritz Kühne, with Herr Kühne in tow.

However, a pocket can only ever be wiped out or relieved and no one was coming to get the 106e RIM out of their jam.

Under an agreement brokered by French Maj. Gen. Jean-Baptiste Molinié, the men of the Lille Pocket laid down their arms– for which they largely had no more ammunition– on 1 June 1940, some 80 years ago today.

Churchill himself later noted, “These Frenchmen, under the gallant leadership of General Molinié, had for four critical days contained no less than seven German divisions which otherwise could have joined in the assaults on the Dunkirk perimeter. This was a splendid contribution to the escape of their more fortunate comrades of the BEF.”

As for the 106th, the regiment’s commander, Col. Louis Félicien Marcel Tardu, ordered the regimental badges and medals be thrown in the bottom of the pond of Lille’s historic Château d’Avelin and the historic flag and its pole doused in gasoline and burned.

However, the Germans arrived before this could be done and, instead, the cased ensign was entrusted to the regiment’s priest who quickly buried it on the chateau’s grounds before being captured himself. The priest was later able to pass on the banner’s location to a local who, once the front lines shifted, was able to collect the relic and hide it for safekeeping.

When Liberation came on 26 August 1944, the banner saw sunlight and was paraded once again, at the head of a band of reformed French troops.

While the 106th is not one of the nine standing French army Metropolitain infantry regiments today, it is far from forgotten and its WWII flag is still retained by the force. The regiment’s motto was “Toujours debout,” which translates to, “Still standing.” 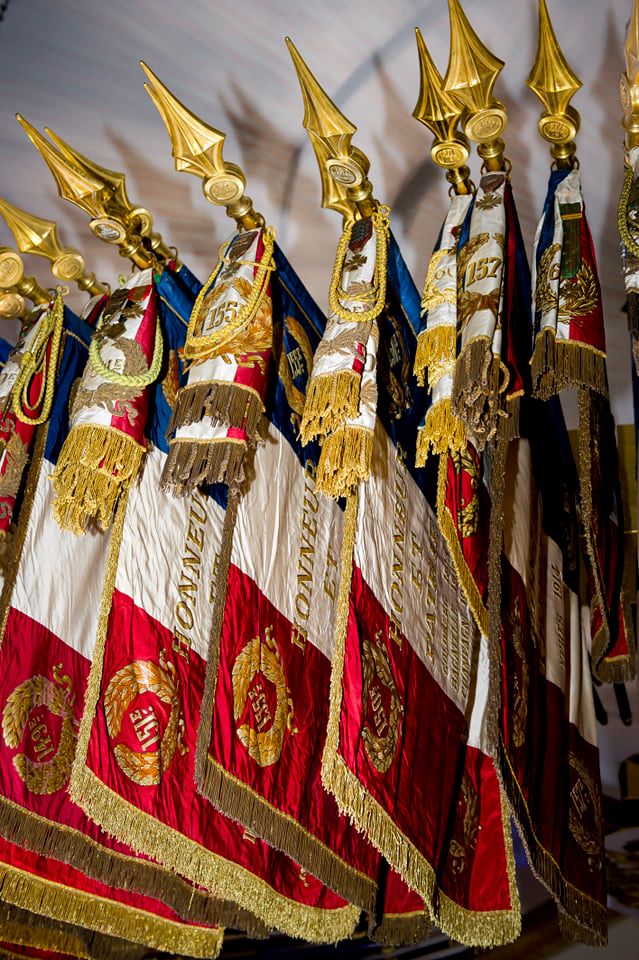