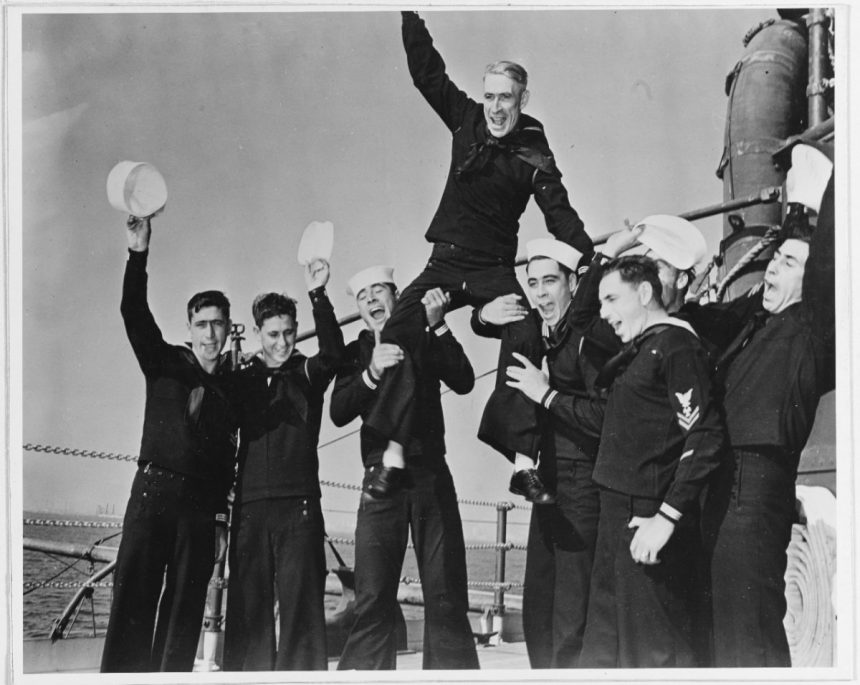 Notably, the above happy image was in peacetime and less than three months away from the Infamous Day that brought lasting sadness to Battleship Row.

Nevada, the only dreadnought to get underway during the Pearl Harbor attack on 7 December and ended the morning run aground on the Navy Yard side of the channel off Hospital Point, just south of Ford Island, lost 57 officers and men of her 1,500 man crew that day and over 100 more were wounded.

Amazingly, the list of the fallen that day does not contain a single “Patten.”