The (North) Vietnamese People’s Revolutionary Army and its allied Viet Cong organization south of the DMZ, throughout the wars in Indochina, received extensive support from both Warsaw Pact countries and Communist China.

Among the military aid sent to Hanoi was the Chinese Type 50 submachine gun, which is easily recognizable to any firearm buff as a clone of the iconic PPsh-41 “pe-pe-sha” of WWII, chambered in 7.62x25mm Tokarev.

The Chinese Type 50 Via RIAC

However, the gun was frequently modded in Vietnamese service to be more modern (for the 1960s) with a new sheet metal lower with simple telescoping wire stock and a pistol grip in place of the clunky wooden buttstock, chopping down the distinctive barrel jacket and crimping the stub of it to the barrel, then installing a new front AK-style front sight. 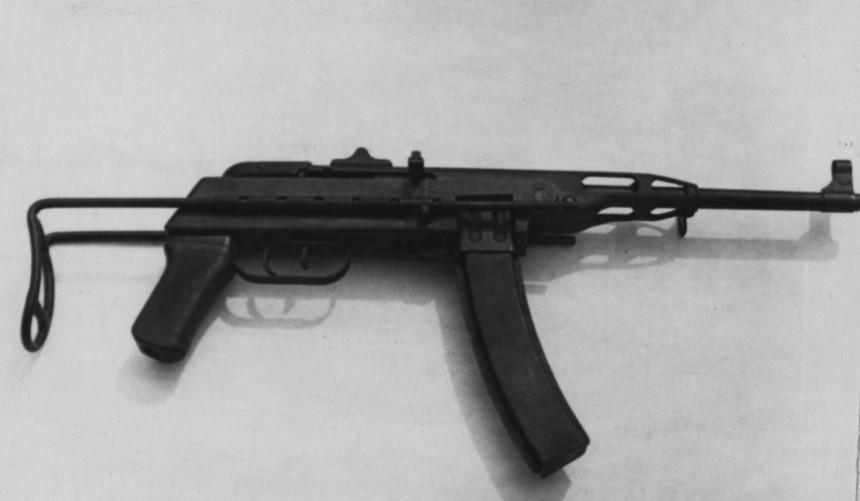 In short, they made the gun more like the French MAT-49, which they already had large stocks of post-Dien Bien Phu, and were familiar with. 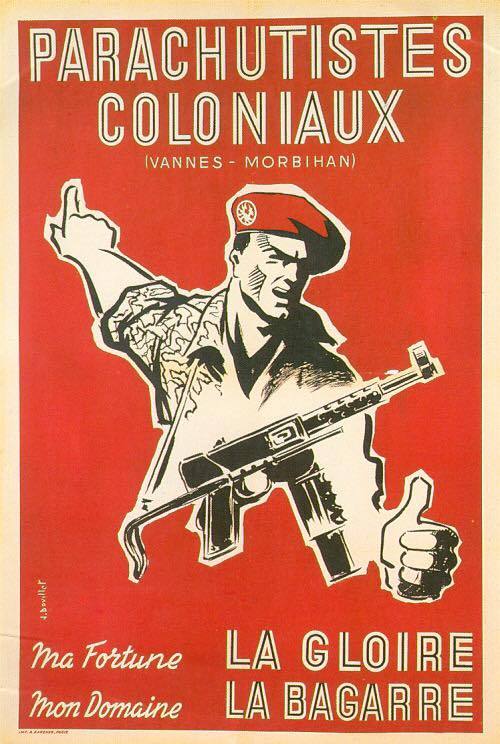 French army recruitment poster during the period of the Indochina and Algerian wars, for the Colonial Airborne Troops, “My fortune is my glory, my trade is combat,” featuring the MAT-49 SMG

The NVA-modded PPsh-41, dubbed the K50M, was certainly more compact and visually much different on the outside, but internally identical to the gun that defended Stalingrad. Plus, at just 22-inches long with the stock pushed in, it was ideal for use by sappers, insurgents, and raiding parties, who no doubt appreciated the ability to use it at 700 rounds-per-minute, especially at close range as noted in the December 2011 issue of Vietnam Magazine.

Due to many of these guns being captured in the war, they exist in the West in a number of military museums, including the IWM.