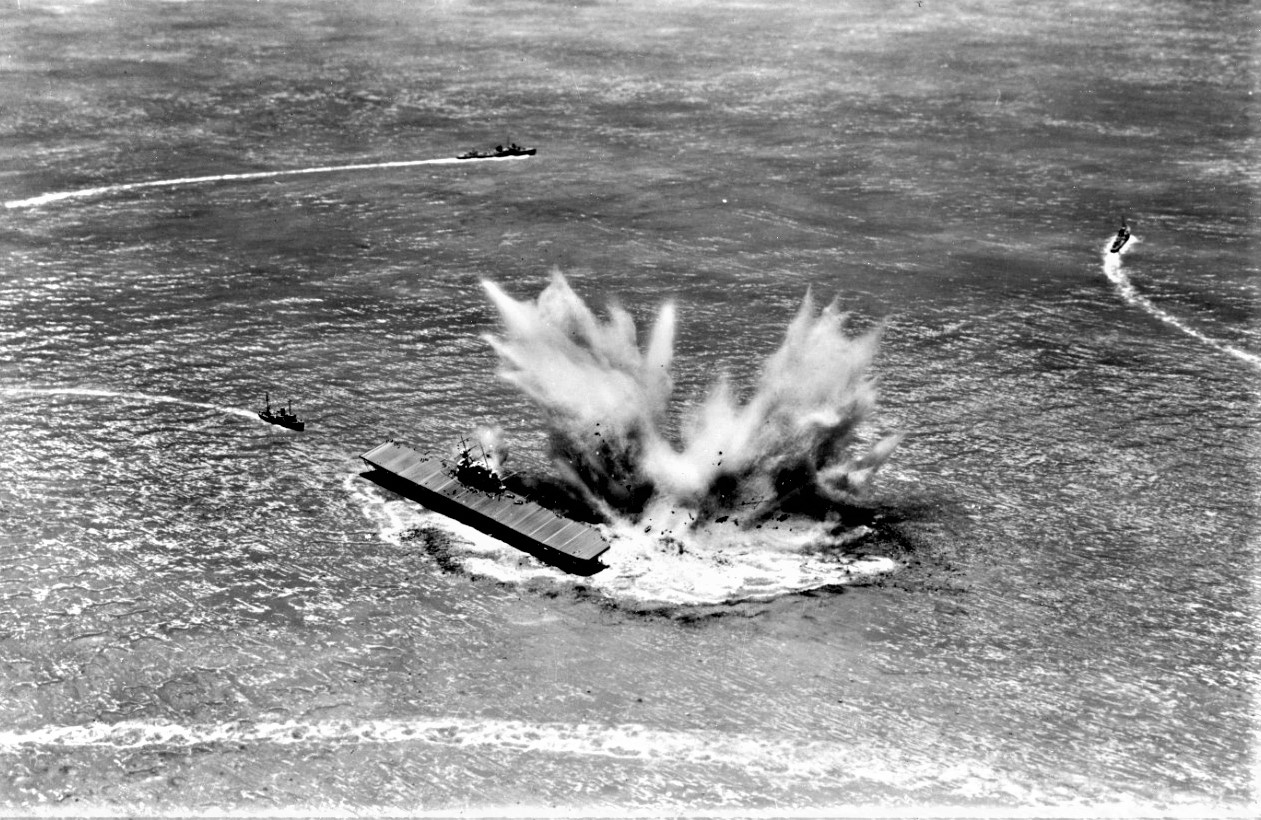 Battle of Midway, June 1942 Diorama by Norman Bel Geddes, depicting the explosion of depth charges from USS Hammann (DD-412) as she sank alongside USS Yorktown (CV-5) during the afternoon of 6 June 1942. Both ships were torpedoed by Japanese submarine I-168 while Hammann was assisting with the salvage of Yorktown. USS Vireo (AT-144) is shown at left, coming back to pick up survivors, as destroyers head off to search for the submarine. 80-G-701902