Let ’em Have It

A great print of a watercolor by James Gardner, “A British Anti-Aircraft Battery in Action,” likely either during or just after the Battle of Britain.

Concerning the wartime caption, British gunners were credited post-war with downing 357 out of 1,733 German aircraft claimed as destroyed (20 percent) during the Battle of Britain. Photo: NARA 44-pf-43-2016-001-ac

The weapons seem to be Ordnance QF 3.7-inch Heavy AA Gun used in conjunction with spotlights, spitting sheets of flame into the night sky at unseen intruders overhead. The QF 3.7 was the most common British heavy AAA mount of the war, considered roughly equivalent to the German Flak 88, and was judged quite effective.

“Original color photograph of a British battery of 3.7in anti-aircraft guns firing at Nazi warplanes during the Blitz, 1940.”

In some equally beautiful images, try on these original Kodachromes of QF 3.7s, courtesy of the Library and Archives of Canada. 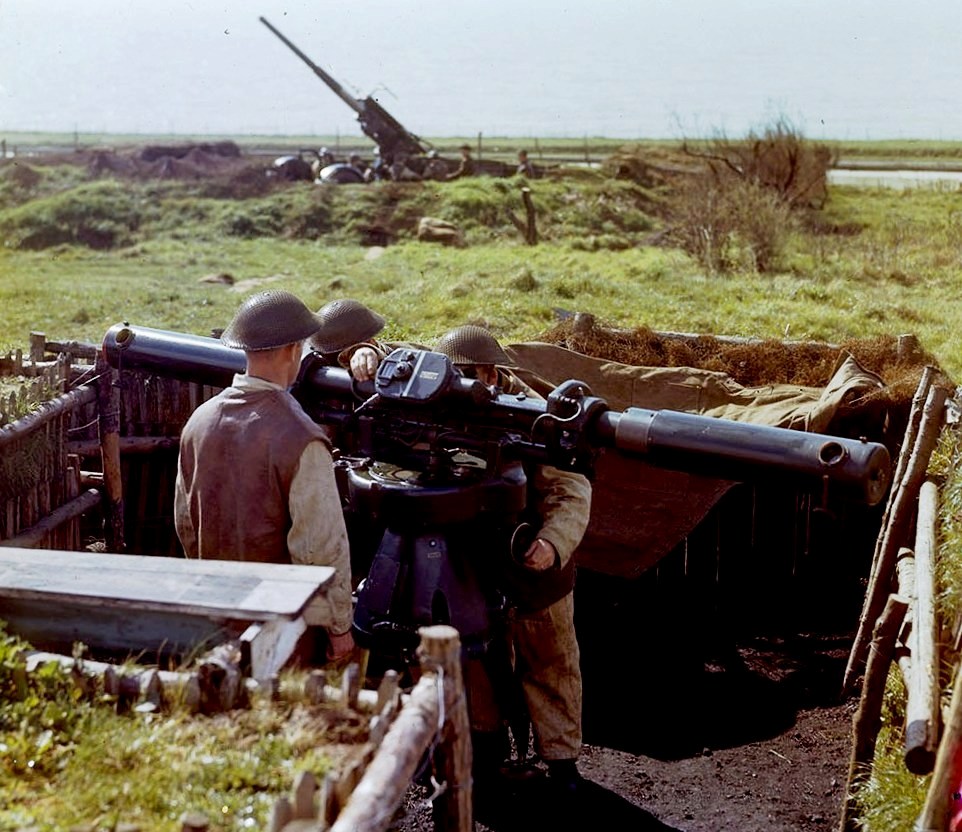 Incidentally, Garnder, the painter behind the top image, was Chief Deception Officer (what a great title!) at the RAF Camouflage Training School during the war and lived until 1995.