Learning all about the Anti-submarine …guns

Official caption: A blue jacket aboard Pennsylvania telling two feminine visitors all about the mechanism of the anti-submarine guns, December 1918. 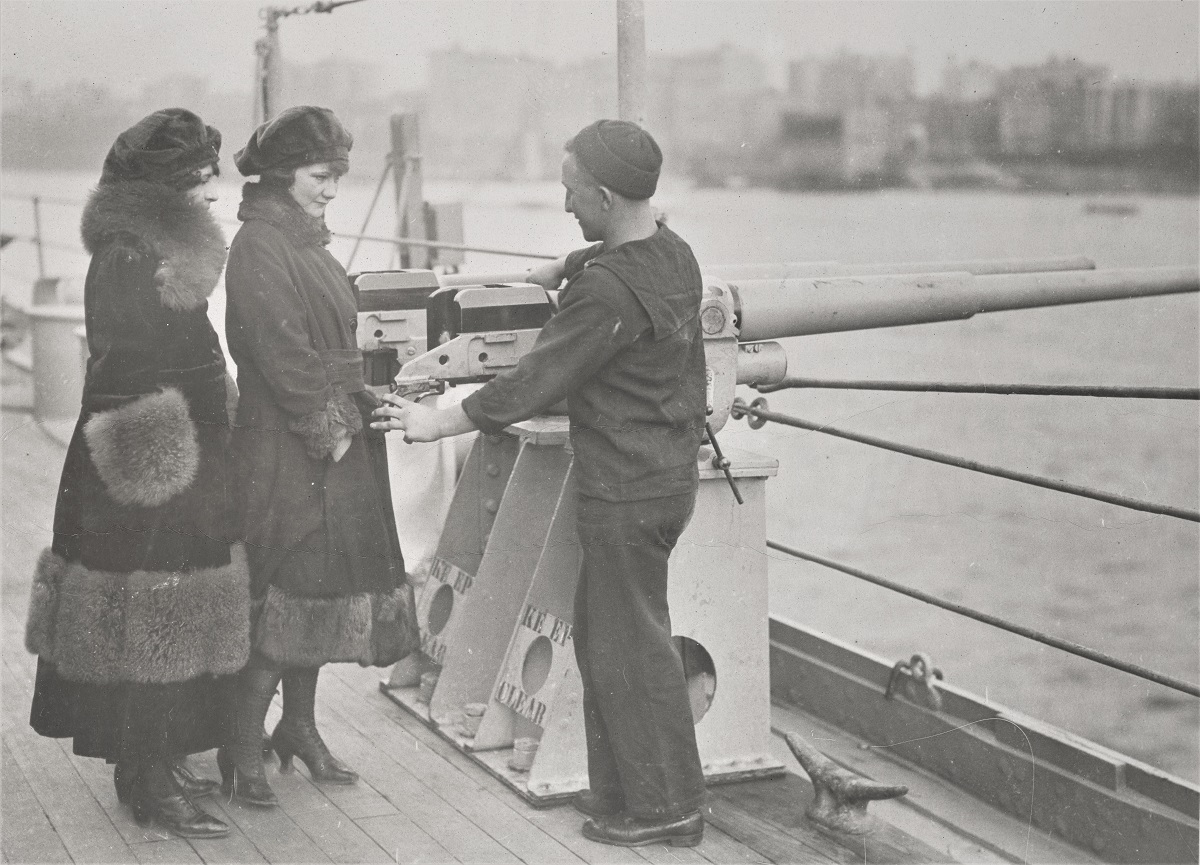 The gun looks to be a low-angle 3-pounders (47mm), common on earlier battleships of the 1900s for use not only against oncoming torpedo boats but also submarines who, more often than not, were encountered awash or surfaced except during their final attacks. By 1918, they were more or less just used as saluting guns, which would jive for how the two above guns are mounted (i.e. side-by-side so that one crew could work both guns to keep up an easy cadence while the close mounting made it next to impossible to traverse or elevate). 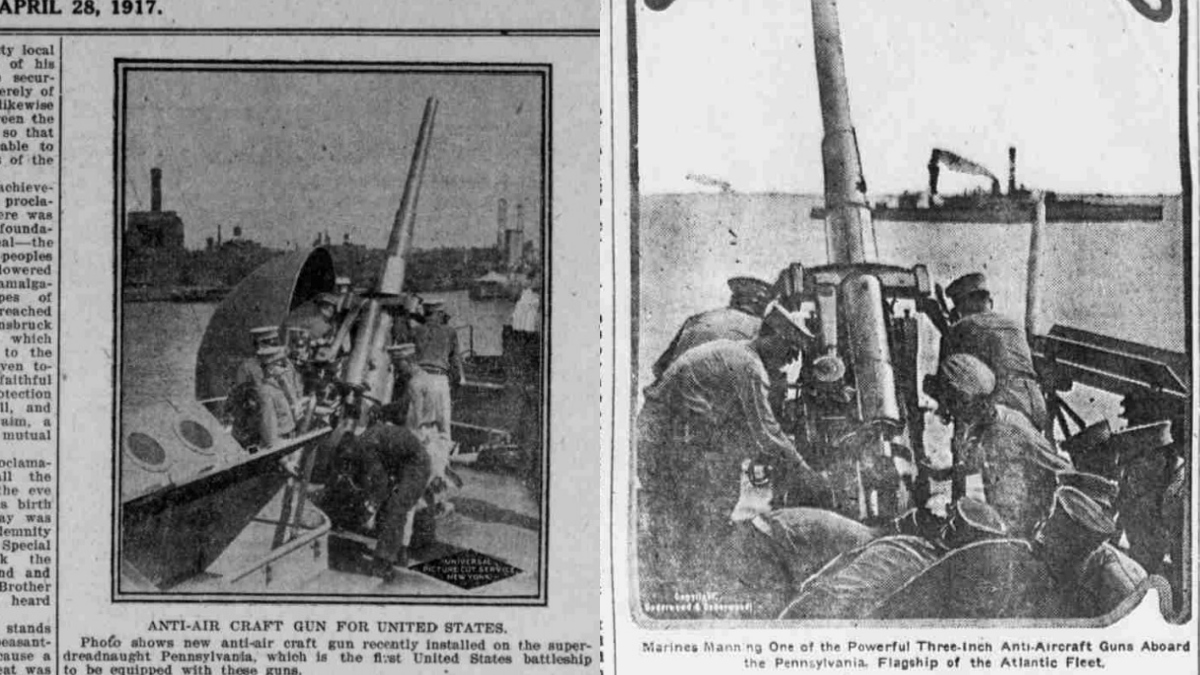 RADM Henry T. Mayo’s flagship in 1917, the battleship cooled her heels off the Atlantic coast during the Great War, only heading to France in early December 1918 to escort Mr. Wilson to Paris. She then escorted the coal-fired dreadnoughts of Battleship Divisions Nine and Six back to New York, which had served with the British, arriving back home on Christmas night to a big celebration.

Her Second World War would be much more exciting.