Basswood of the Pacific

Commissioned on 12 January 1944, Basswood was one of 39 180-foot Balsam-class seagoing buoy tenders built from 1942–1944, specifically being one of the 20 improved Class C (Iris) subvariants. She is fairly well armed to tend navigational aids, with her 3″/50 gun visible pointing over her stern while” Y-gun” depth charge throwers are clearly visible on her starboard side. If you look to her stack– under her mast with an SL1 radar system– you can see two 20mm Oerlikons mounted. Unseen are two Mousetrap ASW rocket systems as well as a QBE-3A sonar suite. Several former Warship Wednesday alumni from the same class got to use those weapons during the war.

Capable of a blistering 13-knots, Basswood would go on to have a long career in the Western Pacific, supporting nuclear weapons testing during Operations Greenhouse (1951), Castle (1954), and Redwing (1956). She also completed three deployments to Vietnam in 1967, 1971, and 1972, earning a trio of both Vietnam Service Medals and the Republic of Vietnam Campaign Medals. 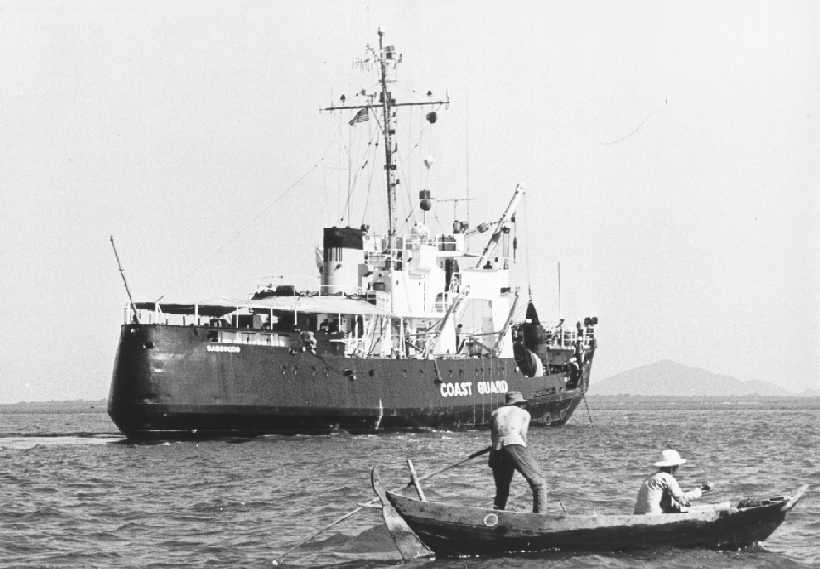 Decommissioned 4 September 1998 after 54 years of service, she was disposed of in 2000, eventually scrapped.