Posted on September 17, 2022 by laststandonzombieisland 2 comments

Official caption: USS Bancroft (DD-598) in the Bering Sea under heavy weather, 1942. [Although readers have pointed out that this is not Bancroft.] 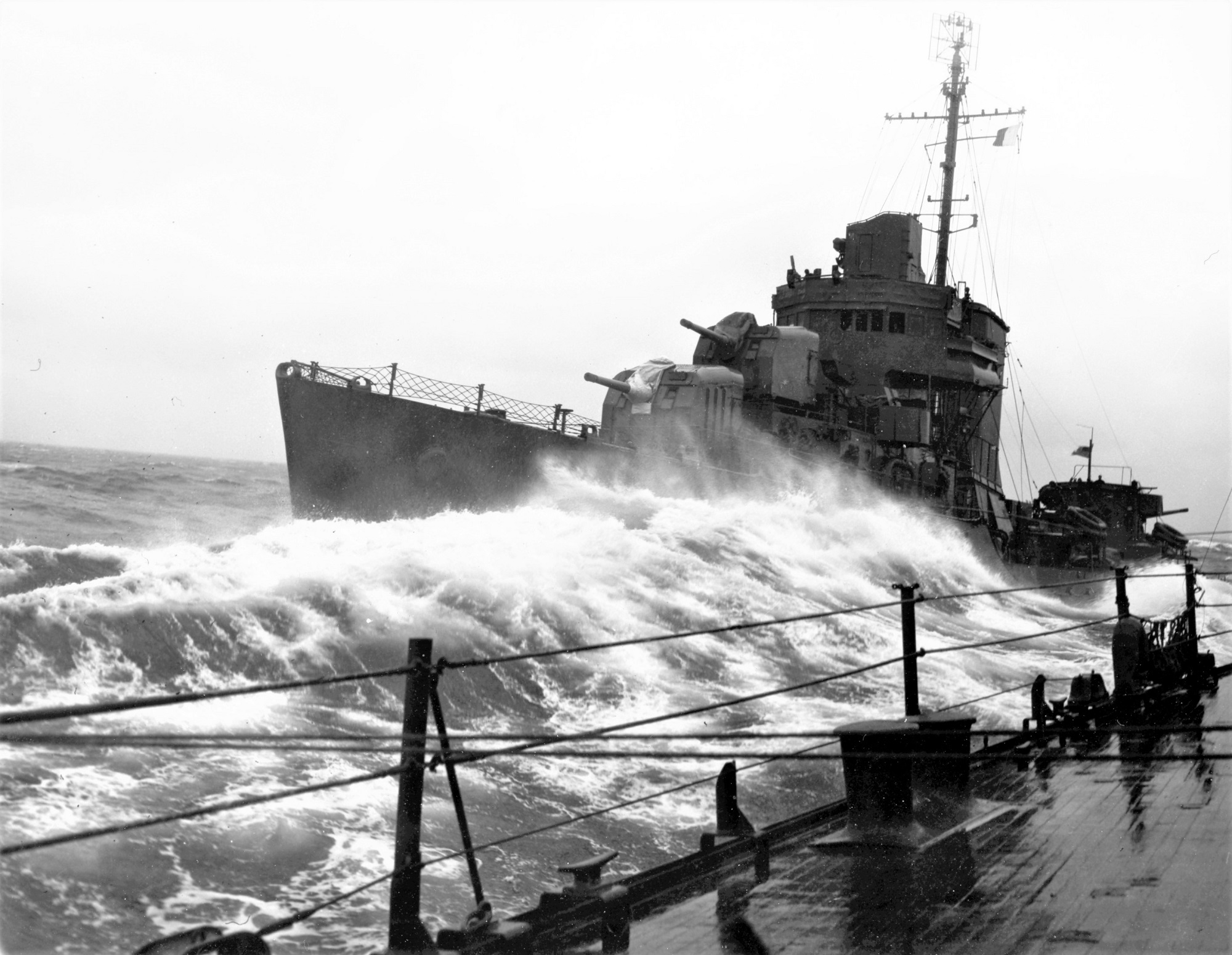 USS Bancroft was one of the 30-strong Benson-class of destroyers and the third vessel named in honor of James K. Polk’s SECNAV, the man who established Annapolis. Built by Bethlehem Steel’s Fore River yard, she commissioned 30 April 1942.

Immediately dispatched to Alaskan waters following her rushed shakedown, she arrived at Dutch Harbor, Alaska, 17 September 1942 (80 years ago today) and took part in the harsh Aleutian Campaign for the next year, including the occupation of Amchitka (Operation Crowbar), the liberation of Attu and Kiska, and saving the crippled destroyer USS Abner Read (DD-526), which had had her stern blown off by a Japanese mine and was left dead in the water and drifting towards other mines.

Switching to warmer waters, she accompanied raids of several Japanese strongpoints across the Western Pacific and supported the landings at Tarawa, Kwajalein, Mille Atoll, Hollandia, Saipan the Philippines, and Borneo, ending the war at anchor in Subic Bay. Decommissioned on 1 February 1946, she was scrapped in 1973.