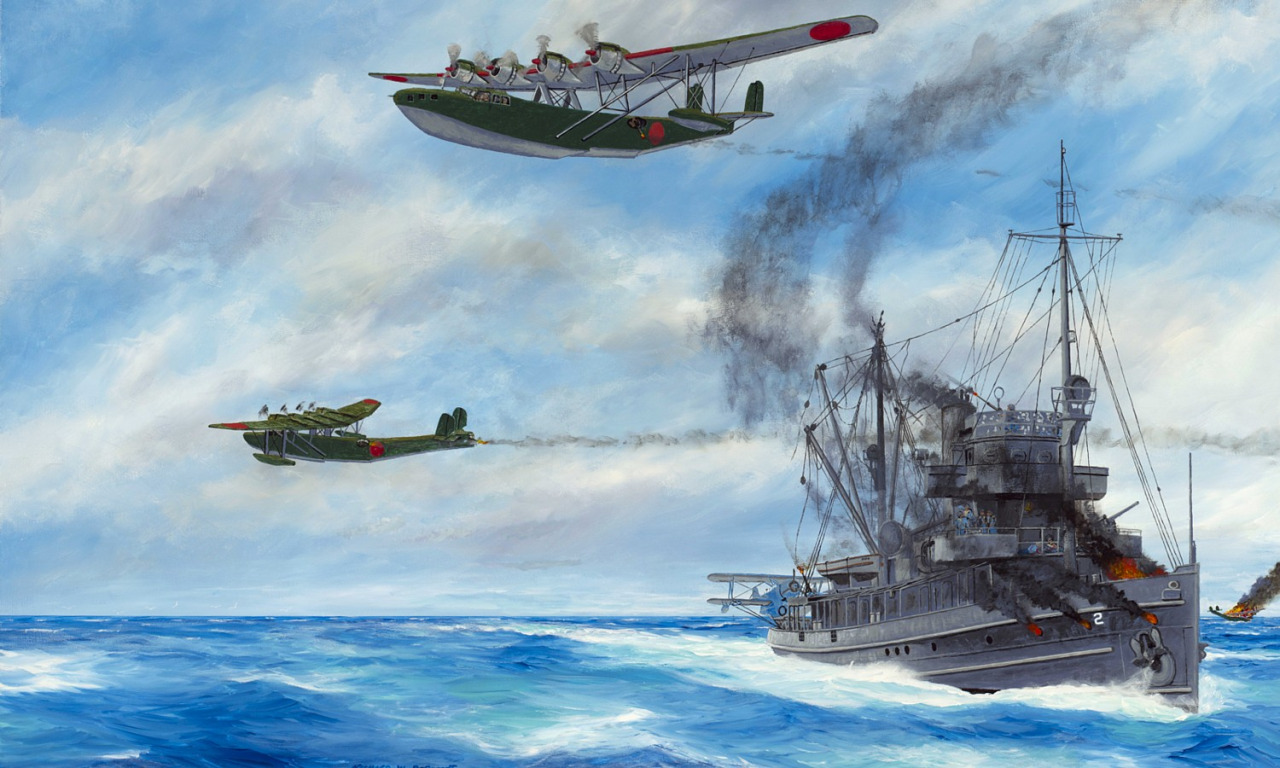 “Evasion of Destruction” by Richard DeRosset portrays a strafing run by three Japanese “Mavis” flying boats following their unsuccessful torpedo attack on the USS Heron (AVP-2) on 20 December 1941. Heron shot down one of the aircraft with her starboard 3-inch gun; her port gun had been disabled by earlier combat action. This final attack followed a series of earlier ones by twelve other enemy aircraft against the seaplane tender as she sailed alone in the Java Sea. Due to heroic actions by her captain and crew, Heron survived seemingly overwhelming odds during the long ordeal. Heron had approximately 26 casualties, or about 50 percent of the crew, because of the attack.

Return to Warship Wednesday Dec. 16, 2015: The Long Legged Bird of the Java Sea