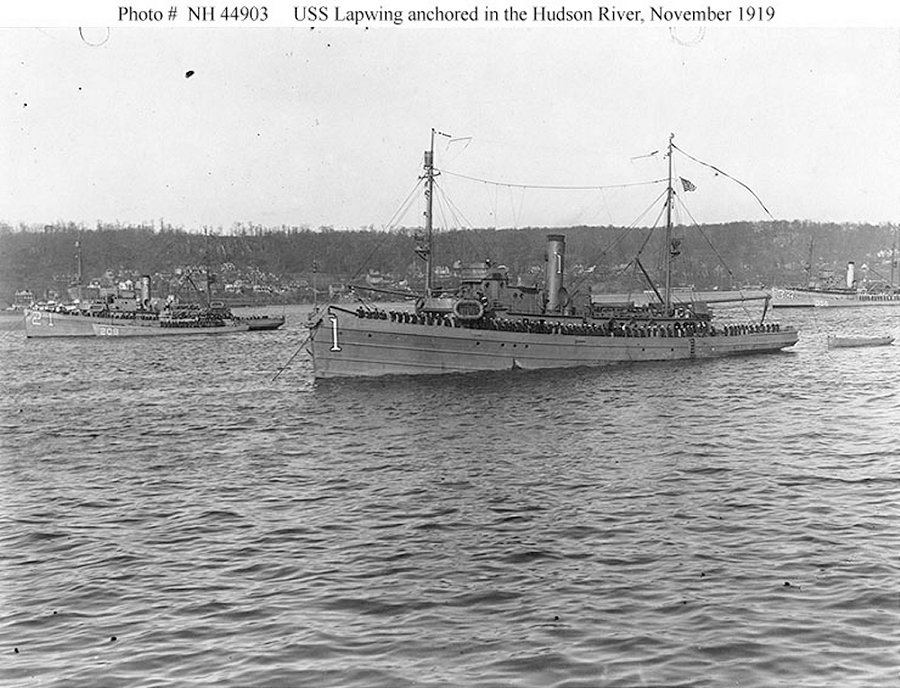 Review of the Atlantic Fleet Minesweeping Squadron, November 1919. USS Lapwing (AM-1) and other ships of the squadron anchored in the Hudson River, off New York City, while being reviewed by Secretary of the Navy Josephus Daniels on 24 November 1919, following their return to the United States after taking part in clearing the North Sea mine barrage. The other ships visible are: USS Lark (Minesweeper No. 21), with USS SC-208 alongside (at left); and USS Swan (Minesweeper No. 34) with USS SC-356 alongside (at right). Heron was there, but is not seen on the photo. U.S. Navy photo NH 44903

Return to Warship Wednesday Dec. 16, 2015: The Long Legged Bird of the Java Sea