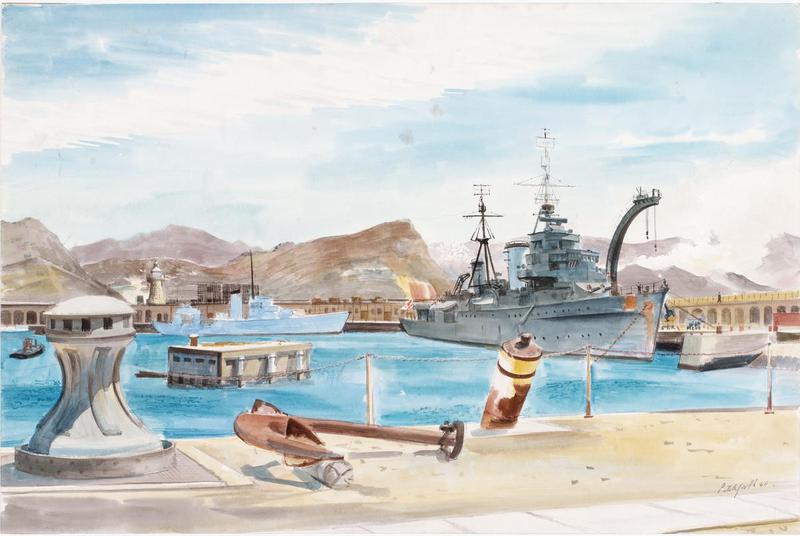 Cruiser HMS Enterprise at Simonstown, South Africa: Christmas 1945. Enterprise (D52) was an obsolete 7500-ton WWI-era Emerald-class light cruiser brought out of retirement during WWII and used for escort duties and naval gunfire support, firing over 9,000 rounds on D-Day alone. Ironically, the old behemoth sank a German torpedo boat with a torpedo, which is something I didn’t know was even possible. When Pitchforth ran across her, she was in the last days of her service, helping return British troops from Asia and Africa before being broken up. Pitchford was in South Africa at this time recovering from his own war aliments. In many ways, when he painted this work, Pitchforth and Enterprise were the same.