Here we see a group of neutral Swedes and Finns joining forces in NATO-allied Norway for Trident Juncture 2018 last week, anti-armor weapons at the ready.

A joint Swede-Finnish mechanized unit has been working together to figure out commo and networking, specifically calling in indirect fire.

The above reminds me of an interesting story.

During Finland’s 1939-40 dustup with the neighboring Soviet Union, one of the greatest David and Goliath conflicts of modern military history, volunteers came from all over the world to help the Finns.

One of the largest was the roughly 8,000-10,000 men (sources vary) of the Swedish Volunteer Corps who formed several ancillary units, an aviation detachment, and a two-battalion strong infantry task group– Stridsgruppen Svenska Frivilligkåren (Ts.R SFK)– who got some hard contact in before the war settled down.

Swedes and Finns alike fought with whatever they could get. 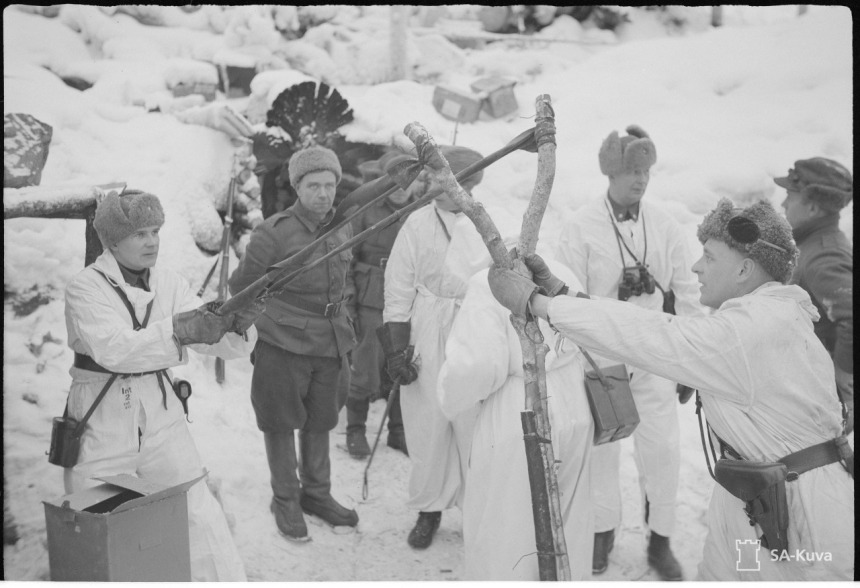 Finnish soldiers use a slingshot to fire grenades at Soviet troops during the Winter War, c.1940

And they wrote Stalin a hefty butcher’s bill.