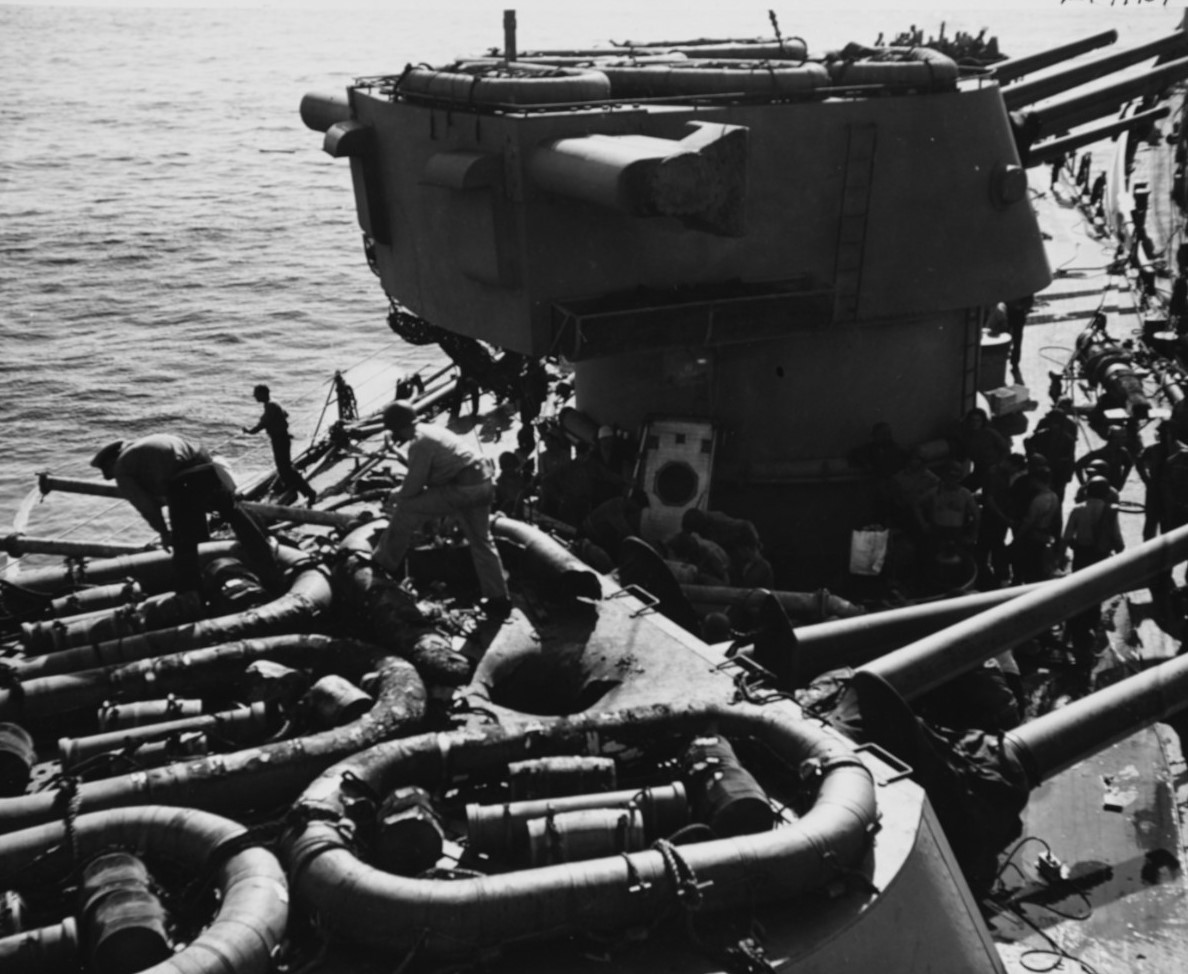 USS Savannah (CL-42) bomb penetration hole atop her number three 6/47-gun turret, while the ship was undergoing initial repairs off Salerno, Italy. Note life rafts atop the turret, one of which has been cut in two by the bomb. Also note the turret’s armored faceplate. View looks forward, with number two 6/47 gun turret in the immediate background. The original photo caption, released on 2 November 1943, reads (in part): A round, clean hole marks the point of entry of a Nazi bomb on the cruiser Savannah. Inside, all was chaos, smoke, blood, and death. NH 97959