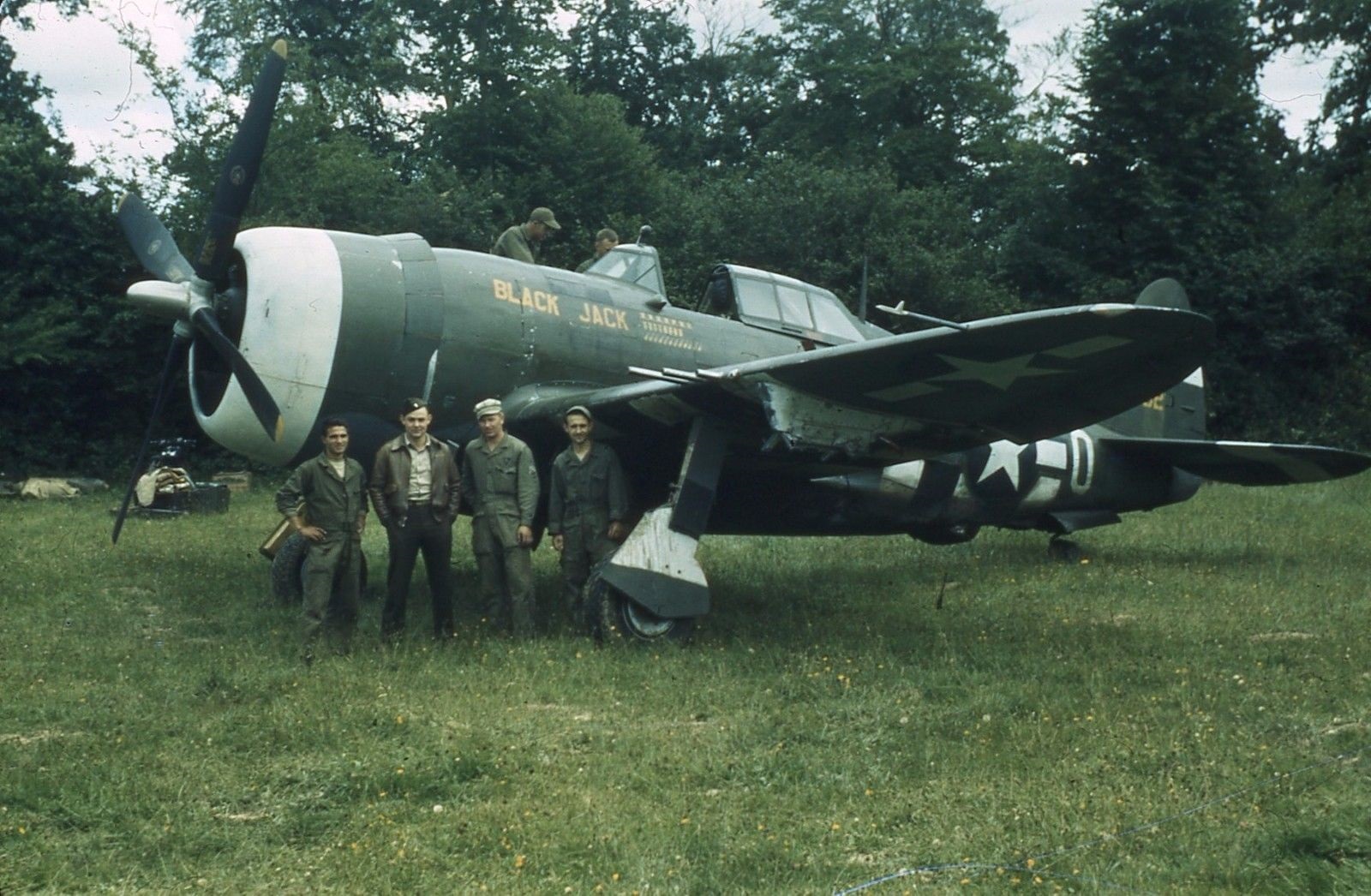 “BLACK JACK” was another 405th Fighter Squadron P-47D (8N-O), shown here being serviced in an expeditionary setting between missions, probably at A-6, with the pilot whose name was on the ship and its assigned ground crew. They are, probably, from left to right, Corporal Anthony J. Tenore, Lieutenant John L. Jackson (who was awarded the Distinguished Flying Cross), SSgt Robert L. Teague and SSgt Robert E. Vaughn. (Via Capt Tom Silkowski, 190th Fighter Squadron, Idaho ANG)