Continuing a long tradition of fielding domestically-made warplanes, the Svenska Flygvapnet is set to stand up the  Skaraborg Wing (F 7 Såtenäs) as the first in the world to fly the fully-operational Saab JAS 39 Gripen E.

First introduced in 1996, over 250 earlier Gripen A/B and C/D-series aircraft have been produced over the past 15 years for a half-dozen countries from Europe to Thailand and South Africa.

But that is your daddy’s Gripen.

The Gripen E, or Super Gripen, uses a new engine, the GE F414G (developed from the Super Hornet’s engine) which allows it to supercruise at Mach 1.1, as well as Raven ES-05 active electronically scanned array (AESA) radar (based on the Leonardo Vixen), and has significantly increased internal fuel capacity that gives it something like 40 percent greater range. It also has two additional underwing hardpoints than the older planes.

In short, it is a budget answer to the F-18E and F-35A while falling technologically somewhere between the two.

Is it any good? At Red Flag Alaska earlier this year, a Gripen E from the Swedish Air Force’s Tango Red training unit flew simulated combat sorties against F-16 Block 50, Eurofighter Typhoon, and F-15C and scored 10 kills, including a Typhoon and five Vipers on day one of the exercises. With no losses.

The Swedes have at least 60 E variants on order and Brazil has ordered 28 E-series and 8 F-series two-seaters for SEAD work for starters, with the Brazilian planes assembled domestically at São Bernardo do Campo. 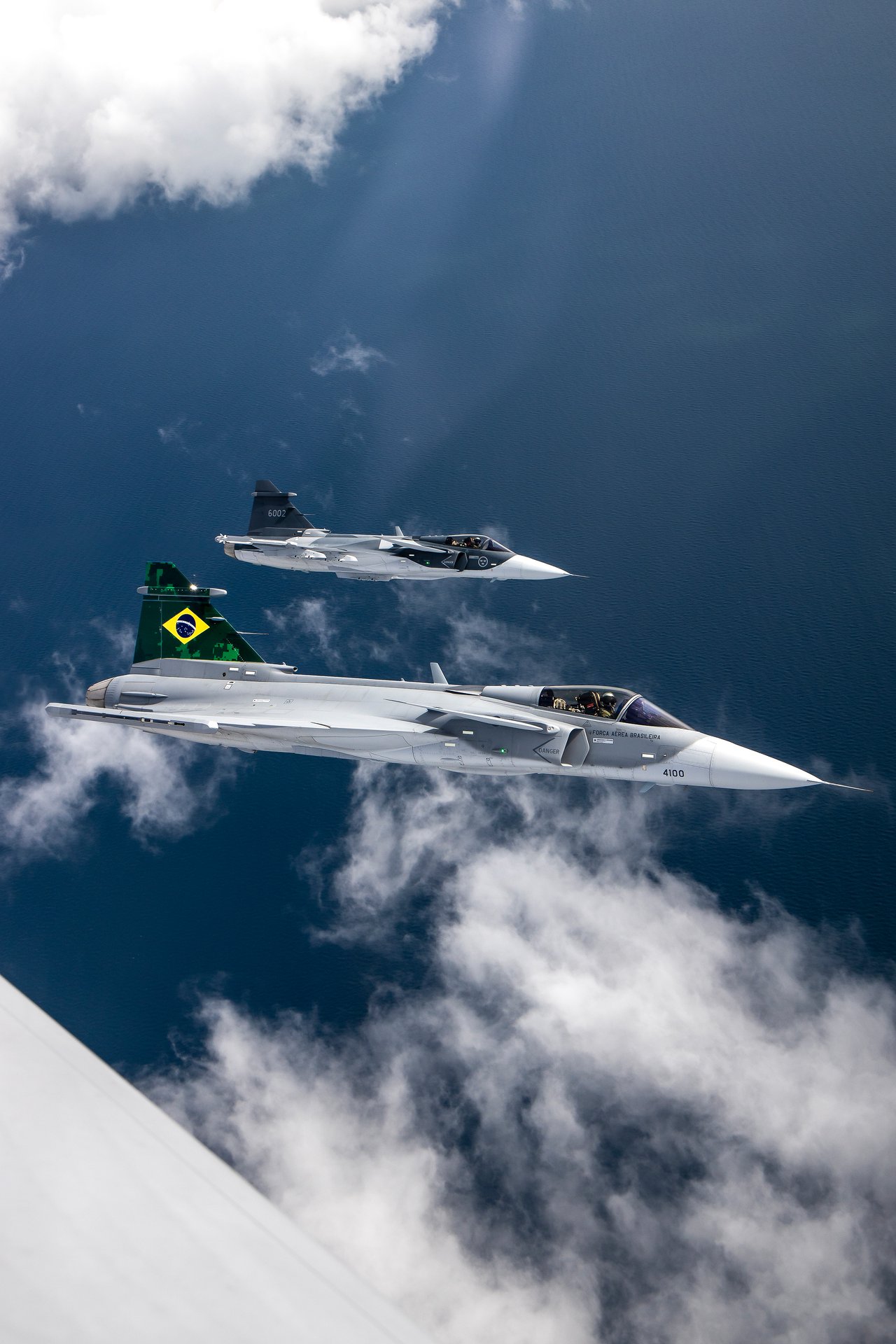 The Brazilians have a contract with technology transfer packages that will potentially allow them to field and support as many as 108 Gripens (which they dub the F-39E/F) through 2050. Meanwhile, a dozen countries ranging from Canada to Argentina are looking hard at the Gripen E/F for their future needs, putting the Saab boom jet on course to being Sweden’s most-exported warplane.