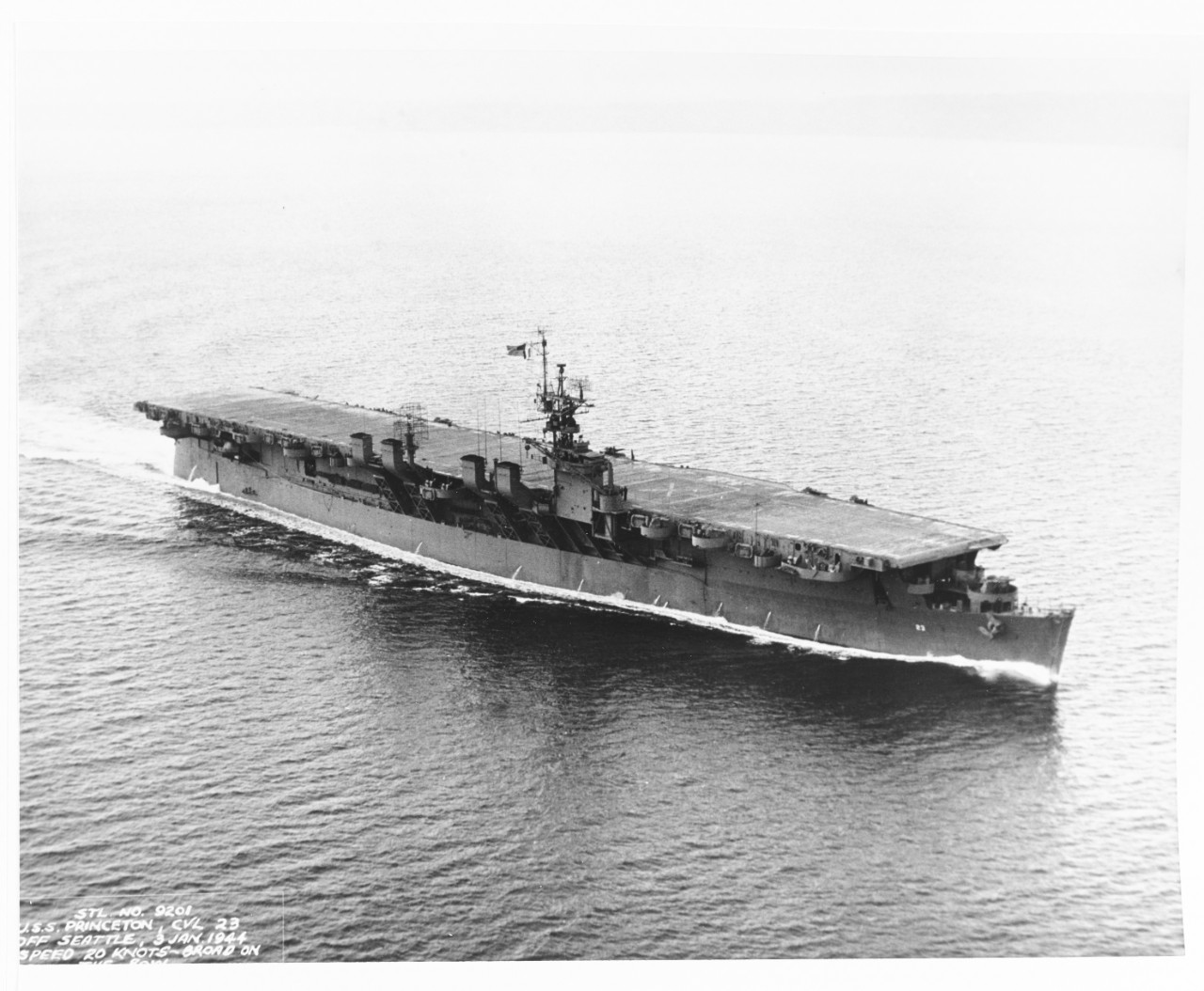 USS Princeton (CVL-23) steaming at 20 knots off Seattle, Washington, 3 January 1944. Moitoret was a plankowner of the new flattop, which had originally been laid down as the Cleveland-class light cruiser Tallahassee (CL-61) (Official U.S. Navy Photograph, from the collections of the Historical Center. Catalog #: NH 95651)