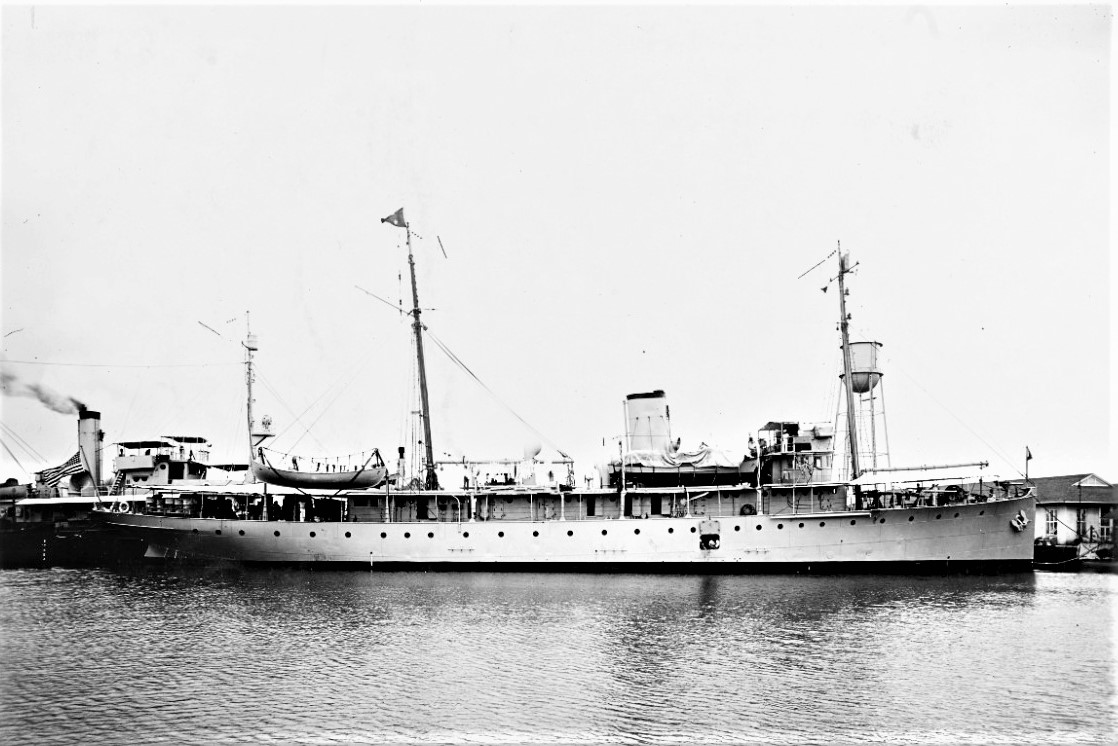 The Navy’s first officially-designated submarine tender, the USS Fulton (AS-1). Built at Fore River, she was ordered in 1911 and spent two decades in her intended role then, too small to service the Navy’s more modern subs, was reclassified as a survey ship/gunboat in 1930, serving for another few years until she was gutted by a fire in 1934 off Hong Kong.

Return to Warship Wednesday, June 8, 2022: The Ship Behind the Ships Behind the Torpedoes