A common refrain for the past half-century, when it comes to American diplomacy, is “Where are the carriers?”

The day before they were the most capital ship in the Navy, here is the rundown, via the NHHC and DANFS:

On 6 December 1941, the three Pacific Fleet aircraft carriers were USS Enterprise (CV-6), USS Lexington (CV-2), and USS Saratoga (CV-3). By sheer luck, while most of the Pacific fleet’s battleships and cruisers and about half of its destroyers and submarines were at Pearl on 7 December, there were no flattops. 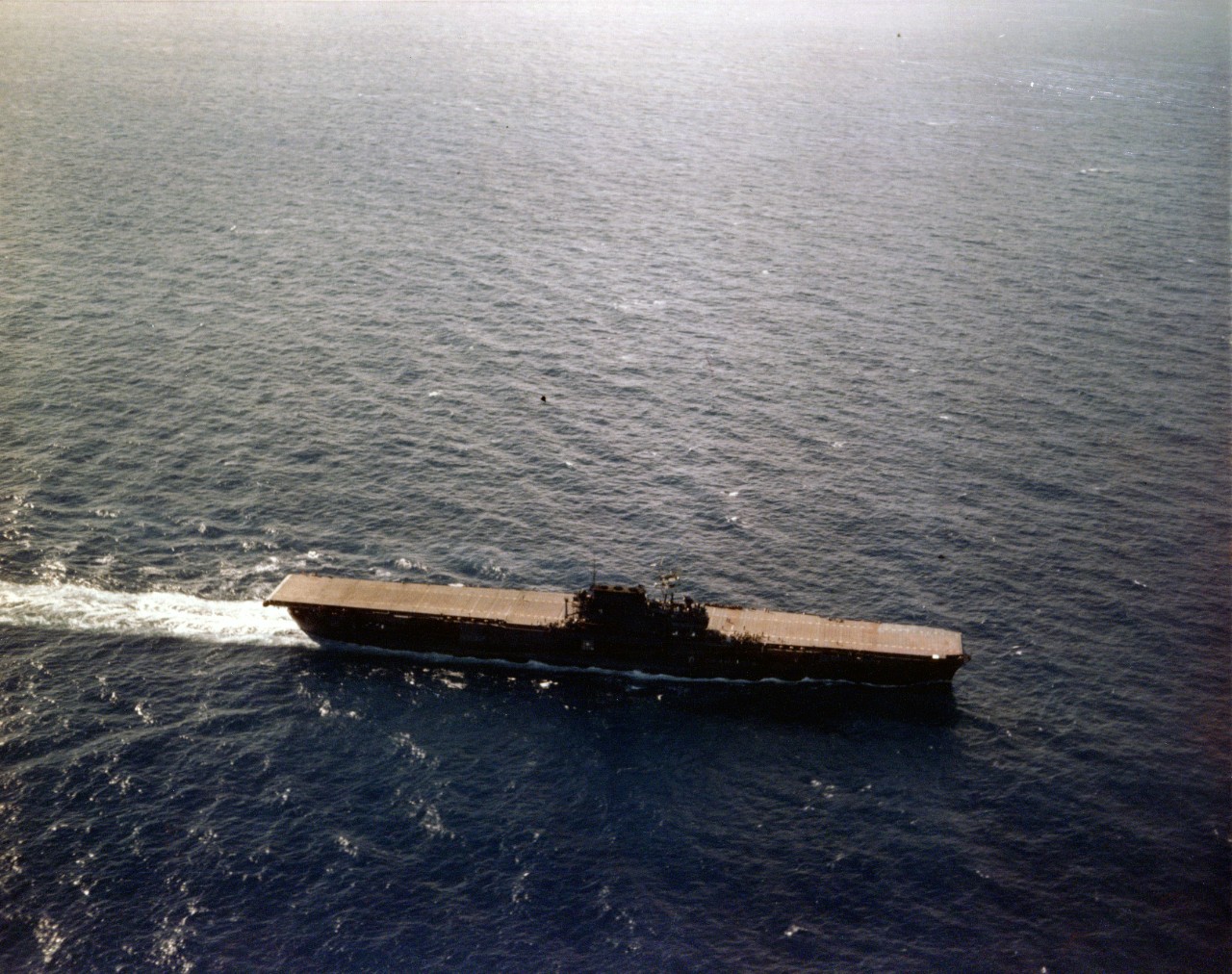 USS Enterprise (CV-6) Operating in the Pacific, circa late June 1941. She is turning into the wind to recover aircraft. Note her natural wood flight deck stain and dark Measure One camouflage paint scheme. The flight deck was stained blue in July 1941, during camouflage experiments that gave her a unique deck stripe pattern. 80-G-K-14254

Lexington: On 5 December 1941, TF-12, formed around Lexington, under the command of Rear Admiral John H. Newton, sailed from Pearl to ferry 18 Vought SB2U-3 Vindicators of Marine Scout Bombing Squadron 231 to Midway Island. Dawn on 7 December 1941 found Lexington, heavy cruisers Chicago (CA-29), Portland (CA-33), and Astoria (CA-34), and five destroyers about 500 miles southeast of Midway. The outbreak of hostilities resulted in the cancellation of the mission and VMSB-231 was retained on board [they would ultimately fly to Midway from Hickam Field on 21 December].

USS Saratoga (CV-3) flight deck scene, circa fall of 1941. Grumman F4F-3 “Wildcats” of VF-3 “Felix the Cat” are in the foreground (one wearing the two-toned gray scheme approved in October 1941); Douglas SBD-3 “Dauntless” and Douglas TBD-1 “Devastator” aircraft are parked beyond. NH 92500

Saratoga: The Saratoga, having recently completed an overhaul at the Puget Sound Navy Yard, Bremerton, Washington, reached NAS San Diego [North Island] late in the forenoon watch on 7 December. She was to embark her air group, as well as Marine Fighting Squadron (VMF) 221 and a cargo of miscellaneous airplanes to ferry to Pearl Harbor.

Meanwhile, in the Atlantic…

Yorktown (CV-5), Ranger (CV-4), and Wasp (CV-7), along with the aircraft escort vessel Long Island (AVG-1), were in the Atlantic Fleet; Hornet (CV-8), commissioned in late October 1941, had yet to carry out her shakedown. Yorktown would be the first Atlantic Fleet carrier to be transferred to the Pacific, sailing on 16 December 1941.