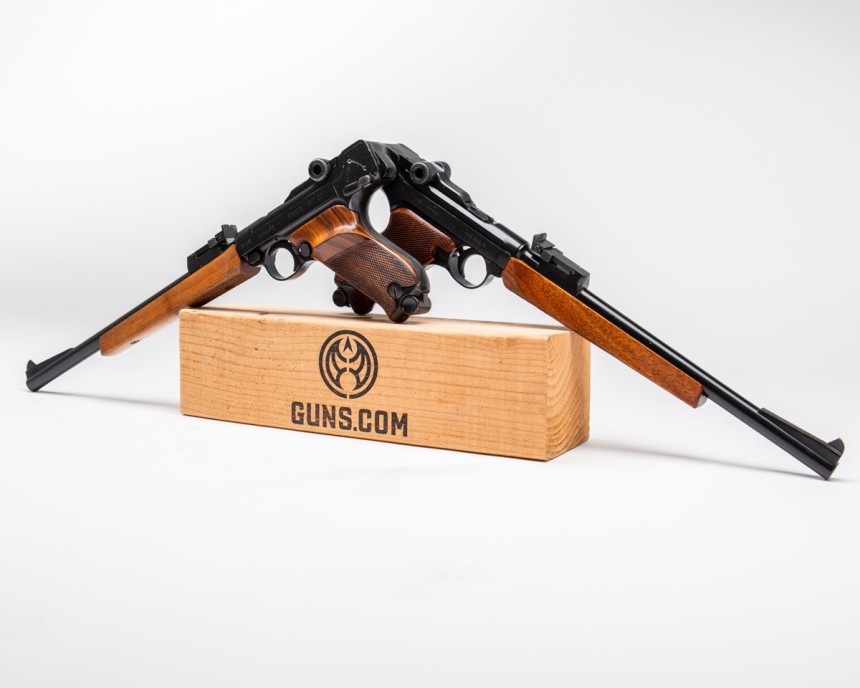 This really groovy .22LR was based on the layout of DWM’s 1900s-era commercial Luger carbines, but they were billed in the U.S. when imported as the “Navy Model” to kinda cash in on the better-known P.04 Lugers for the Kaiserliche Marine:

I got to fool with a couple of these at Guns.com recently and wrote them up. More after the jump.