Nipping at the heels

Apparently taking the sidelining of the Teddy Roosevelt carrier battlegroup in Guam and the Ronald Reagan group in Japan during the current COVID-19 pandemic crisis as the blood trail of a wounded beast, Iran, China, and Russia are sniffing around and flexing a bit where the U.S. is forward-deployed.

China’s six-ship Liaoning carrier group (Liaoning along with two type 052D guided-missile destroyers – the Xining and Guiyang – two type 054A guided-missile frigates – the Zaozhuang and Rizhao – and a type 901 combat support ship, the Hulunhu) passed through the tense Miyako Strait, between Okinawa and Taiwan, over the weekend, under the eyes of various JMSDF, U.S. and ROC assets.

Further, as reported by the South China Morning Post: “On Thursday [9 Apr], an H-6 bomber, J-11 fighter and KJ-500 reconnaissance plane from the PLA Air Force flew over southwestern Taiwan and on to the western Pacific where they followed a US RC-135U electronic reconnaissance aircraft.”

Of note, the ROC Army has sent some of their aging but still very effective M60A3 tanks out into public in recent days in what was announced a pre-planned exercise. Still, when you see an MBT being camouflaged in the vacant lot down the block, that’s a little different. 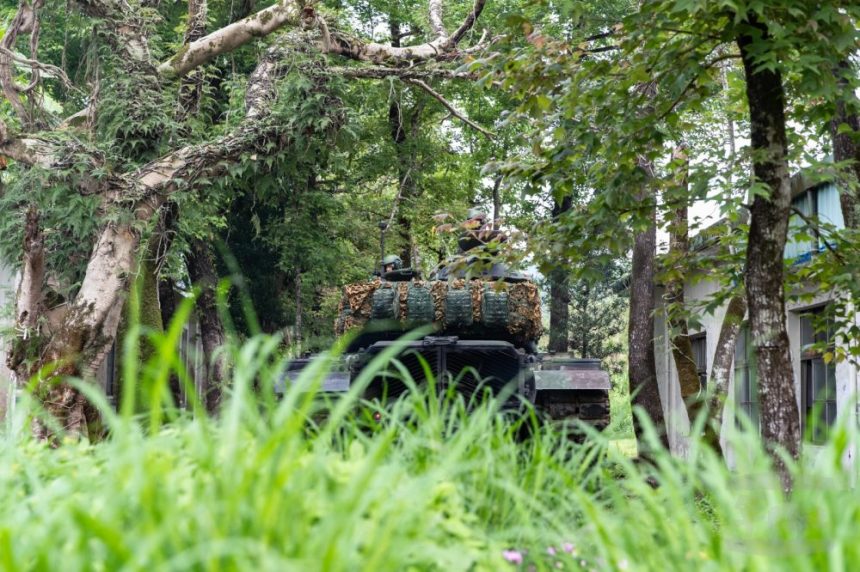 Meanwhile, in the Arabian Gulf

The below footage seems to be from the running bridge of one of the Coast Guard 110s, likely Maui from reports, and you can see what the Navy terms a Fast Inshore Attack Craft (FIAC), armed with a heavy machine gun with a deck guy’s hands on the spades.

The IRGCN fields hundreds of such 30- to 50-foot fast boats, armed with a variety of rockets, machine guns, and small mines, and have been the organization’s bread and butter since the early 1980s.

As noted by the 5th Fleet:

The IRGCN vessels repeatedly crossed the bows and sterns of the U.S. vessels at extremely close range and high speeds, including multiple crossings of the Puller with a 50 yard closest point of approach (CPA) and within 10 yards of Maui’s bow.

The U.S. crews issued multiple warnings via bridge-to-bridge radio, five short blasts from the ships’ horns and long-range acoustic noise maker devices, but received no response from the IRGCN.

After approximately one hour, the IRGCN vessels responded to the bridge-to-bridge radio queries, then maneuvered away from the U.S. ships and opened the distance between them. 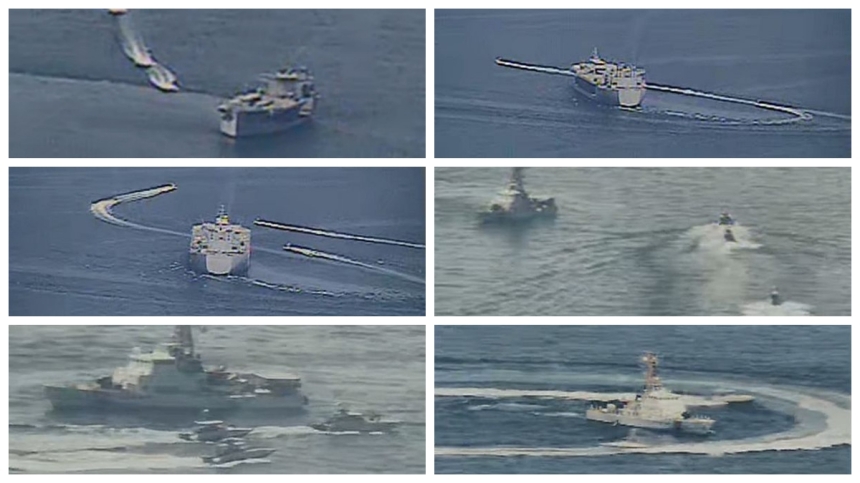 Not to feel left out, 6th Fleet reports (emphasis mine) that a Syrian-based Russian Flanker-E came out over the Med to buzz a P-8:

On April 15, 2020, a U.S. P-8A Poseidon aircraft flying in international airspace over the Mediterranean Sea was intercepted by a Russian SU-35. The interaction was determined to be unsafe due to the SU-35 conducting a high-speed, inverted maneuver, 25 ft. directly in front of the mission aircraft, which put our pilots and crew at risk. The crew of the P-8A reported wake turbulence following the interaction. The duration of the intercept was approximately 42 minutes.

While the Russian aircraft was operating in international airspace, this interaction was irresponsible. We expect them to behave within international standards set to ensure safety and to prevent incidents, including the 1972 Agreement for the Prevention of Incidents On and Over the High Seas (INCSEA). Unsafe actions‎ increase the risk of miscalculation and the potential for midair collisions.

The U.S. aircraft was operating consistent with international law and did not provoke this Russian activity.