If only They had a SCAR Machine Gun, oh Wait

Offering users either a 12-pound belt-fed machine gun in 5.56 NATO or a 14-pound model in 7.62 NATO, FN’s new Evolys platform has reached the market.

While it may be easy for some to shrug off the Evolys series as just a lightened Minimi/M249 or FN Mag/M240 – an evolutionary outgrowth of guns like the compact MK 46 and MK 48 if you will – the latest short-stroke gas piston machine gun series out of Herstal utilizes a number of new thoughts to make it more of a 21st-century gun.

Like the ability to “dummy-proof” the loading process by designing the feed cover and pawl system to automatically reposition cartridges when the cover is closed on a belt that is not correctly placed in the feed tray. Like fielding a carbine-length (36-inches overall) 7.62 GPMG that can be carried slug in the same manner as a rifle and fired from all standard positions at 750rpm, with a controllable recoil due to an integrated hydraulic buffer. 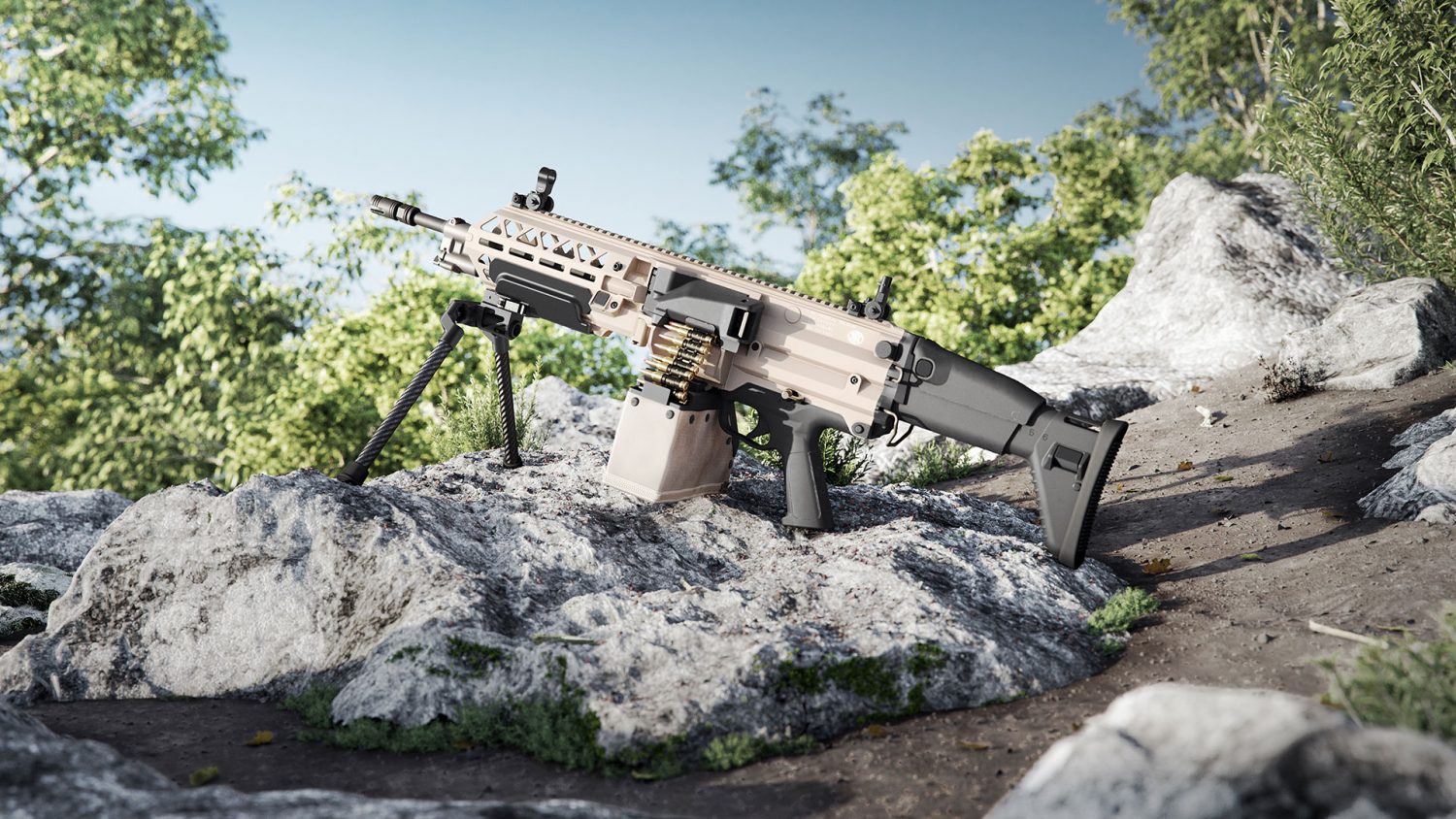 Plus, they look super sci-fi, which is always a bonus.