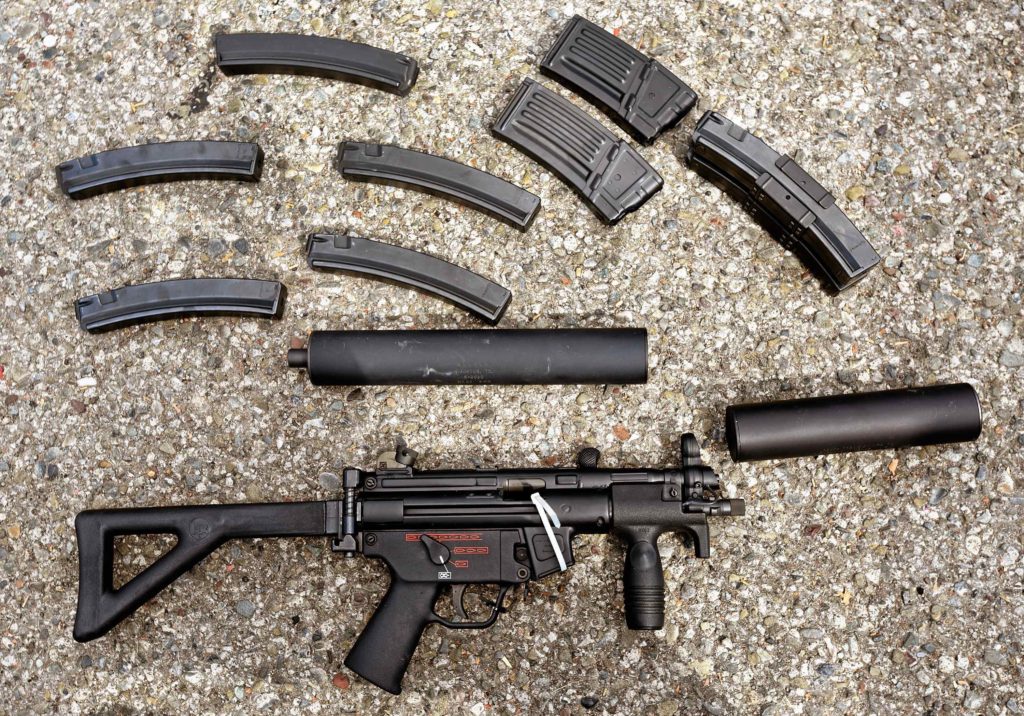 Zenith Firearms has been a partner with the Turkish Mechanical and Chemical Industry Corporation, best known as MKE, since 2011, and as such long imported MKE’s MP-5 clones to the U.S. consumer market. However, with the Turkish company reportedly teaming up with Century Arms on the promised AP-5, Zenith has made the call to go it alone.

They advise an all-American MP-5 will be available sometime in 2021.

However, as I may have covered here before, PTR and Palmetto State Armory in South Carolina have both been going down that road since 2018 with varying degrees of success. There are also a host of smaller shops that specialize in the platform, for those who like to get on waiting lists. These include Pennsylvania’s Black Ops Defense, Brethren Arms in Utah, Dakota Tactical in Michigan, and TPM Outfitters in the Lone Star State.

In the 1960s, Heckler und Koch hit the market with their MP5 sub gun and really set the gold standard for SMGs ever since. Just flat-out durable and reliable, they have circled the globe and remain to be seen (and unseen) in the most curious places. 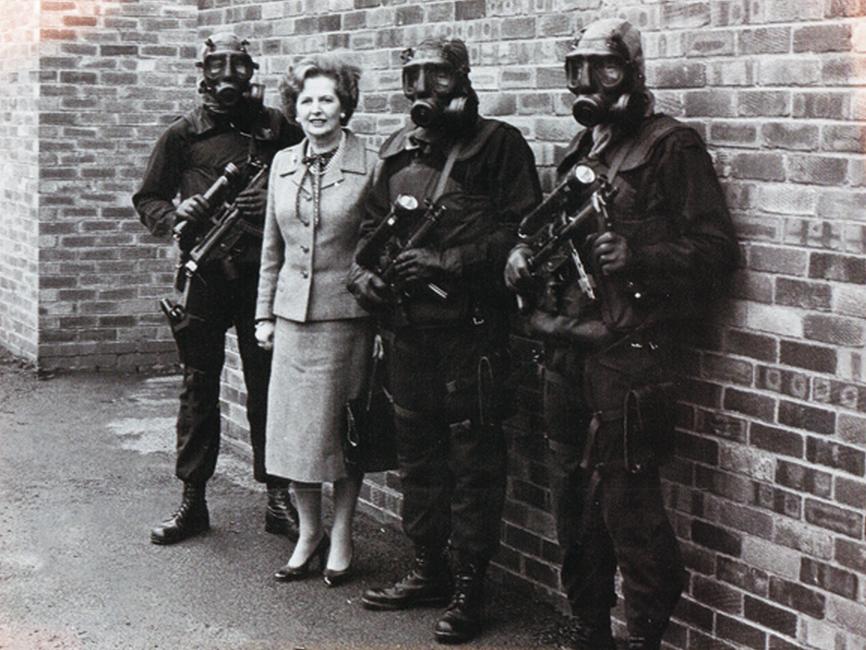 Margaret Thatcher and three SAS personnel after the six-day Iranian Embassy siege in London, May 1980. Dig the claw-mounted lights on their MP5s

However, if you want an actual HK-made MP5 of your very own, you have to cough up serious cash for the gun and collect some stamps or two– and even then settle for a $20,000 HK 94 that has been converted.

Speaking of HK 94 carbines, they run $4K by themselves if you are lucky enough to find them, leaving those who want an MP5-ish gun to look for HK SP89s or HK SP5Ks for $2,000 and up and just make do with the wonky push-button mag release and other detracting features the MP5 never had. 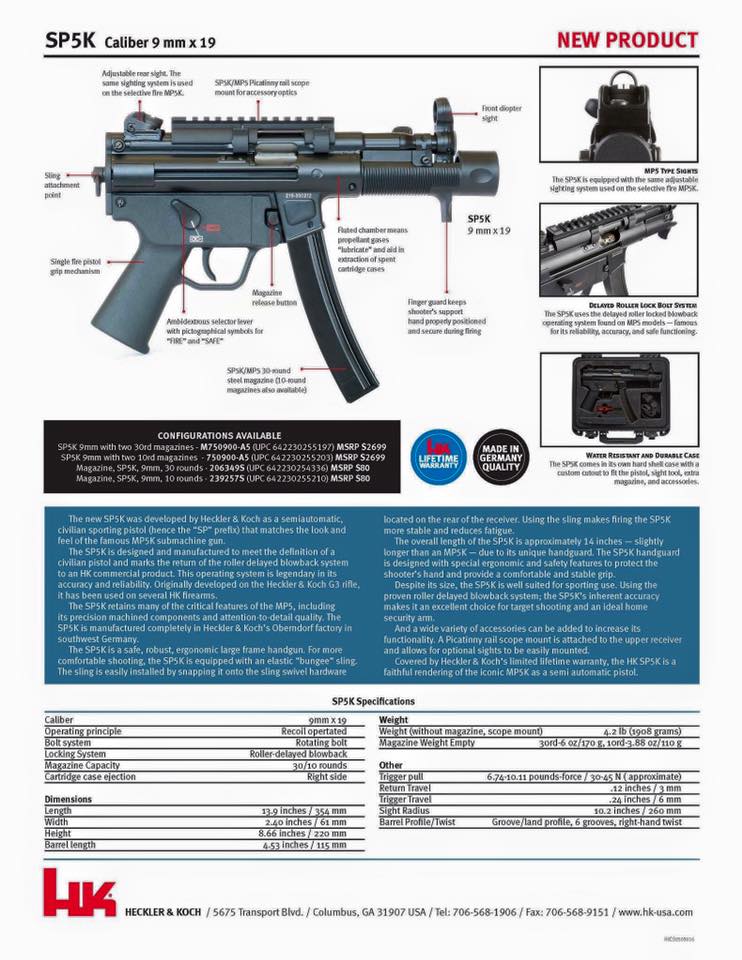 No…this is not what the People wanted…

Hence the burgeoning market in clones that cost about the same amount of dough.

With that in mind, HK yesterday went public with the all-new SP5 pistol series that includes an 8.86-inch Navy tri-lug barrel, paddle mag release, and barrel sight. Further, it is a true HK, being made on the MP5 line at Oberdorf. 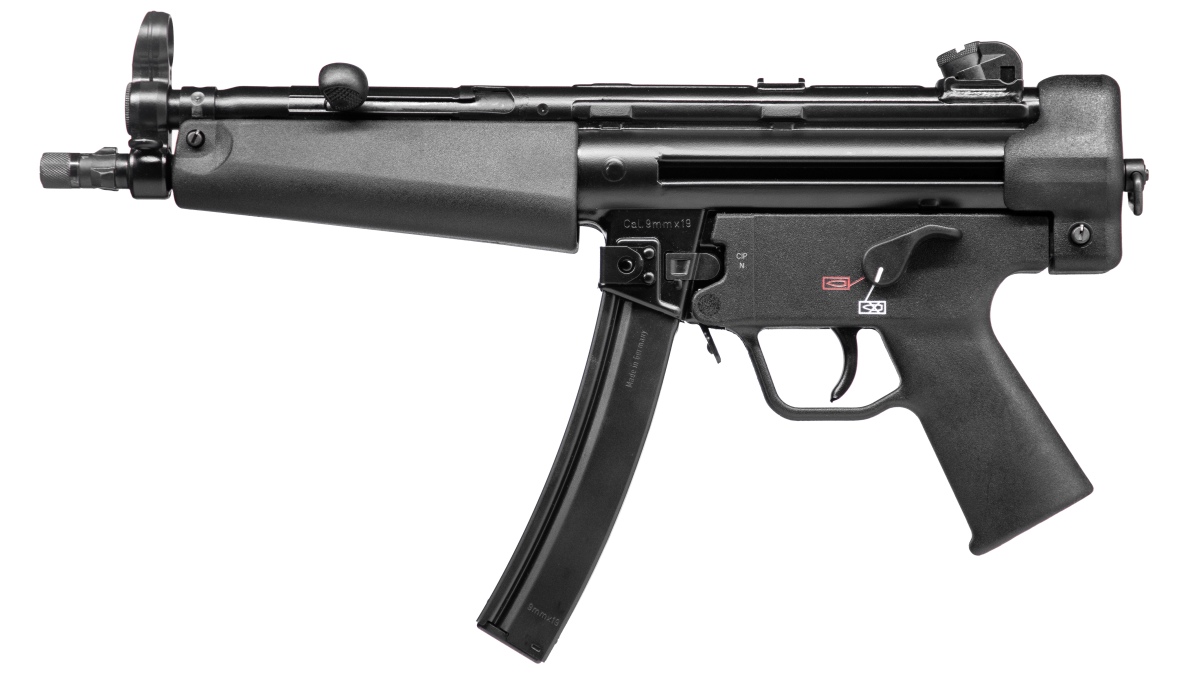