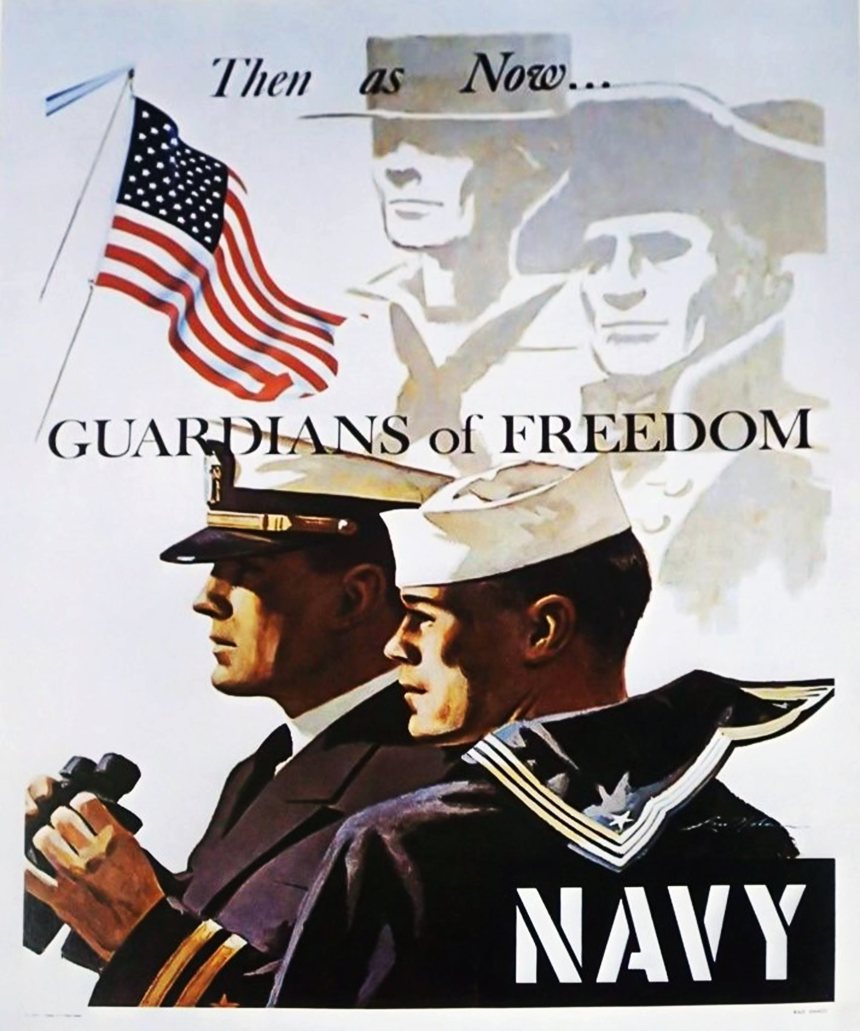 A 13 October 1775 resolution of the Continental Congress established what is now the United States Navy with “a swift sailing vessel, to carry ten carriage guns, and a proportionable number of swivels, with eighty men, be fitted, with all possible despatch, for a cruise of three months….” After the American War of Independence, the U.S. Constitution empowered the new Congress “to provide and maintain a navy.” Acting on this authority, Congress established the Department of the Navy on 30 April 1798.

In 1972, Chief of Naval Operations Admiral Elmo R. Zumwalt authorized official recognition of 13 October as the birthday of the U.S. Navy. Since then, each CNO has encouraged a Navy-wide celebration of this occasion “to enhance a greater appreciation of our Navy heritage, and to provide a positive influence toward pride and professionalism in the naval service.” 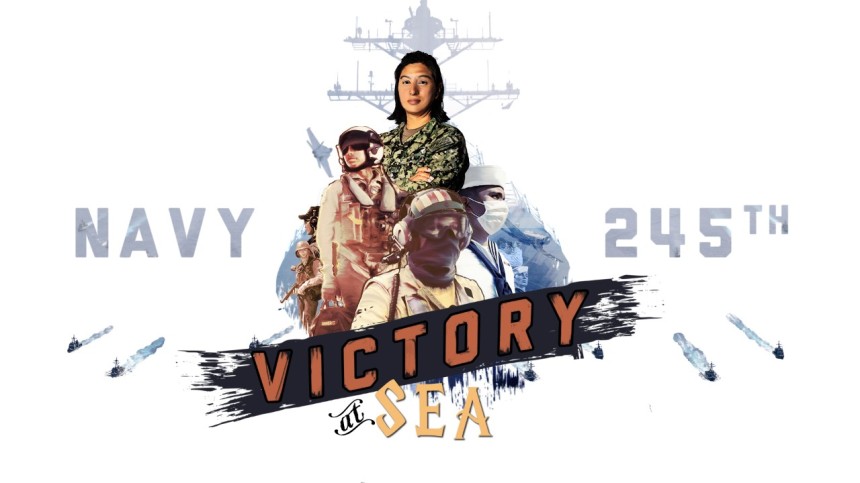 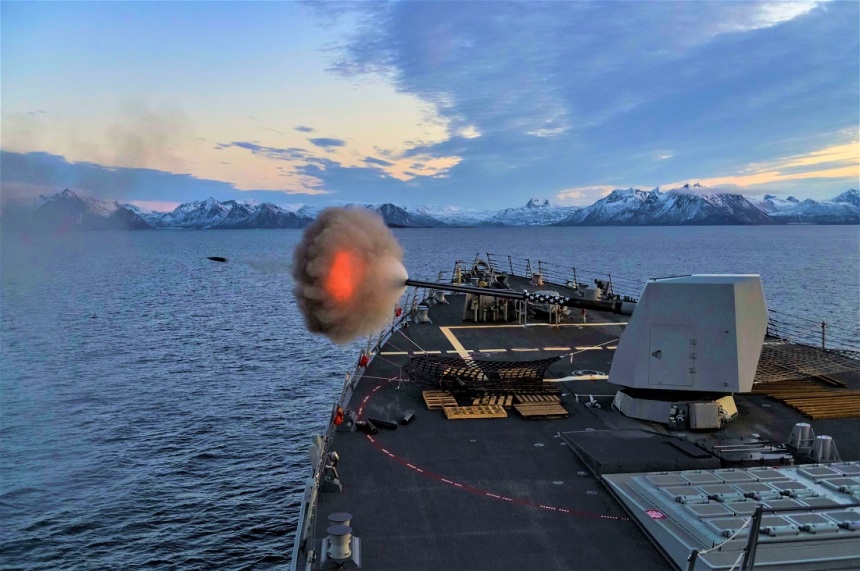 The Bluejacket in bronze 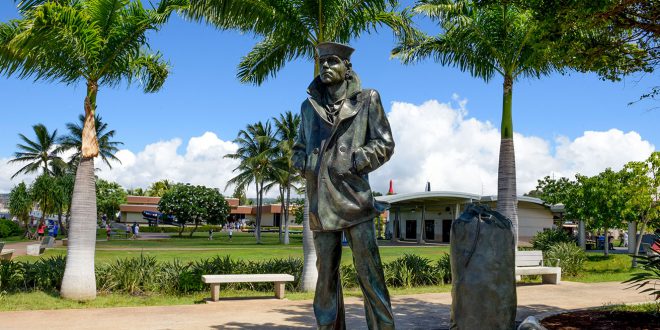 On the occasion of the 242nd birthday of the U.S. Navy, the Lone Sailor Statue was unveiled in Pearl Harbor.

Throughout our nation’s history – and in all of our conflicts – Sailors with integrity who were and are bold decision-makers have risen to the challenge in a crisis to win battles, defend freedom and preserve peace.

That is seapower in action, protecting and promoting security, stability and prosperity.

While we tend to reflect on our Navy’s origins on our birthday, we must also think of all the Sailors who have served and who continue to serve. The Lone Sailor also stands for and represents Sailors in the Civil War, World War I, World War II, Korea, Vietnam, Iraq and Afghanistan – and all conflicts and actions in our nation’s history.

Now the Lone Sailor statue will look out over Pearl Harbor, standing watch, “seeing” the USS Arizona Memorial, which represents all ships and Sailors lost Dec. 7, 1941, “listening” to the many voices and many languages of international visitors and “remembering” 75 years ago as our military fought to shape our nation and our world – bringing freedom and democracy to Europe and Japan.

Today, our Navy continues to deploy to protect and promote American interests and values around the world. We continue to stand together with our allies against those who would challenge our freedom. And we continue to live by our core values: Honor, Courage and Commitment. 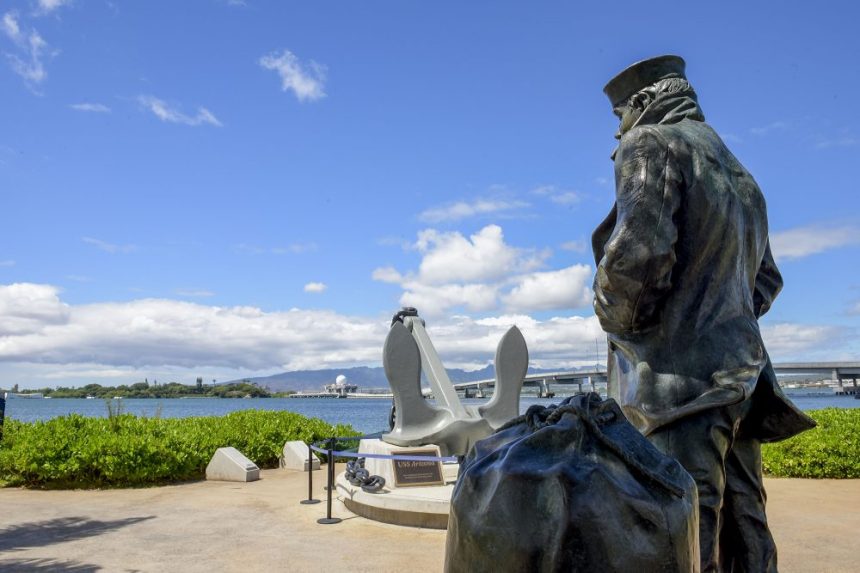 241 years ago today, October 13, 1775, the Continental Congress authorized a standing Navy. This force remained in being until 1 August 1785 when the last warship of the fleet, the 36-gun sailing frigate Alliance, was sold into merchant service, leaving a nine year gap until the U.S. Congress ordered a new Navy, that of the United States proper, into being with The Act to Provide a Naval Armament of March 27, 1794.

The Founding Fathers were not short of modern fighting ideas, only in the cash to accomplish them.

For instance in 1783, after learning of the first balloon ascent in Europe, Benjamin Franklin observed that for the price of three ships-of-the-line, a country could procure 5,000 hot air balloons, and use them to deposit 10,000 men into an enemy’s territory, wrecking havoc on any attempt at a coherent defense. Of course, at the time the Continental Navy mentioned above was on the way to full disbandment and the Army was likewise reduced to just 25 caretakers at Fort Pitt and 55 at West Point following the Treaty of Paris.

But of course we celebrate the October 13, 1775 date today as the Navy’s birth with the Sea Chanters Chorus singing the haunting Eternal Father, Strong to Save with narration by Musician 1st Class Michael Webb