Did you know there are 1.5 million suppressors + 638K machine guns in circulation? 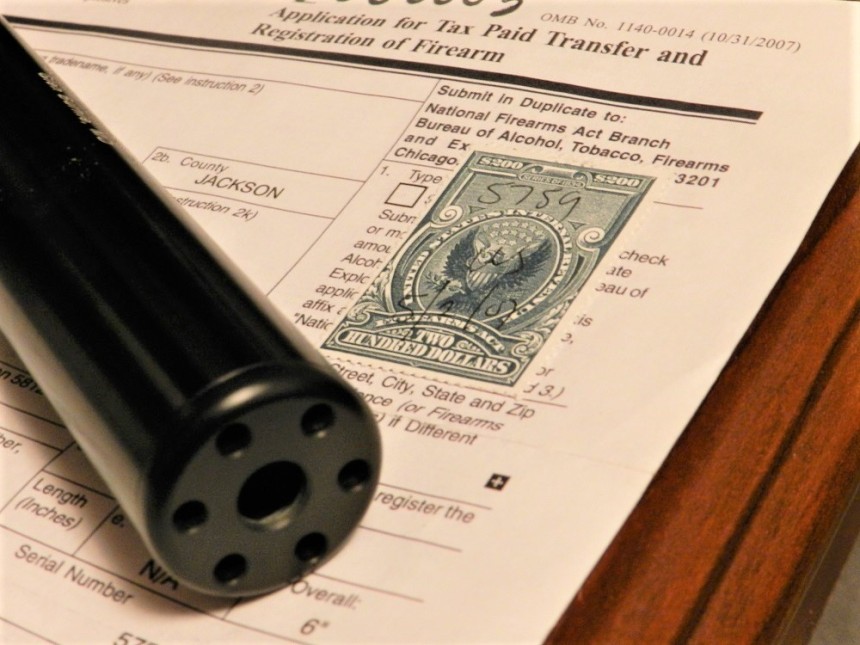 As a “stamp collector” myself, I enjoy covering National Firearm Act trends. The past few years, the trend has been high. In fact, there are more of these items– suppressors, SBRs, SBSs, AOWs, machine guns and destructive devices– in legal, registered circulation, than at any time since the registry started in 1934.

The number of NFA items saw a spike last year — including a 10 percent bump in suppressors and 16 percent rise in the short-barreled rifles registered — according to new data released by federal regulators. Now in the wild are:

More info on all the above in my column at Guns.com.

The first “silencer” was developed and patented by Hiram Percy Maxim in 1909 and he continued to patent new designs into the 1930s, when he withdrew from the market in the wake of the National Firearms Act of 1934, which placed a (for then) outrageous $200 tax on transferring the devices, which had to be registered with the federal government.

Currently, there are over 1.3 million suppressors on the NFA’s NFRTR list, in all 50 states (law enforcement and dealers have to register theirs as well) with the devices approved for civilian use and ownership in 42 states, and for use in hunting in 40 of those.

Well, SilencerCo last week introduced a brilliant idea: a .50-caliber in-line 209 muzzleloader with a 9-inch “moderator” welded to the end of the barrel, making possibly the first commercially available suppressed black powder rifle. Since the ATF says BP guns are primitive weapons, and the can is permanently attached to said primitive weapon, then it is not a NFA-regulated suppressor. 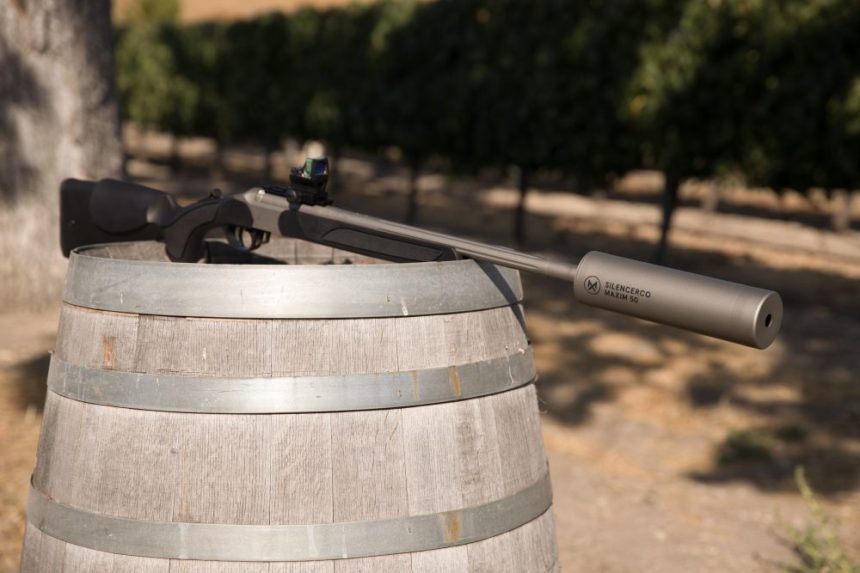 Which means that, as far as Washington is concerned, it can be bought online via mail-order, and shipped to your door everywhere in the country with no tax stamp or NFA paperwork.

SilencerCo is sending me one to T&E, and it looks simple and very cool.

Touting a significant reduction in recoil and smoke as well as 139dB sound performance, the overall length of the system is 45-inches while weight is 7.4-pounds.

They recommend 100 grains of Blackhorn 209 powder and projectiles that do not have wadding or plastic that separate upon firing, for example, Federal B.O.R. Lock Z or Hornady FPB rounds.

Unfortunately, while the feds say the Maxim 50 is 50-state complaint, at least three states disagree, so they are just shipping to 47 states at the current time.