So how many weird Luger variants have you see in one place?

Rock Island Auctions has over 100 Lugers at their upcoming Premier Auction in May including carbines and artillery models and rare pistols meant for Persian, American, Argentine, Mexican, Swiss and Russian markets. They got em in 7.65 blank, 7.65×21mm Parabellum (which almost became U.S. Army issue!), and good ole 9mm parabellum.

DWM Model 1900 7.65mm “Ejercito Mexicano” marked commercial pistol made in hopes of gaining contracts with the Mexican military. Only one other example has ever been documented. 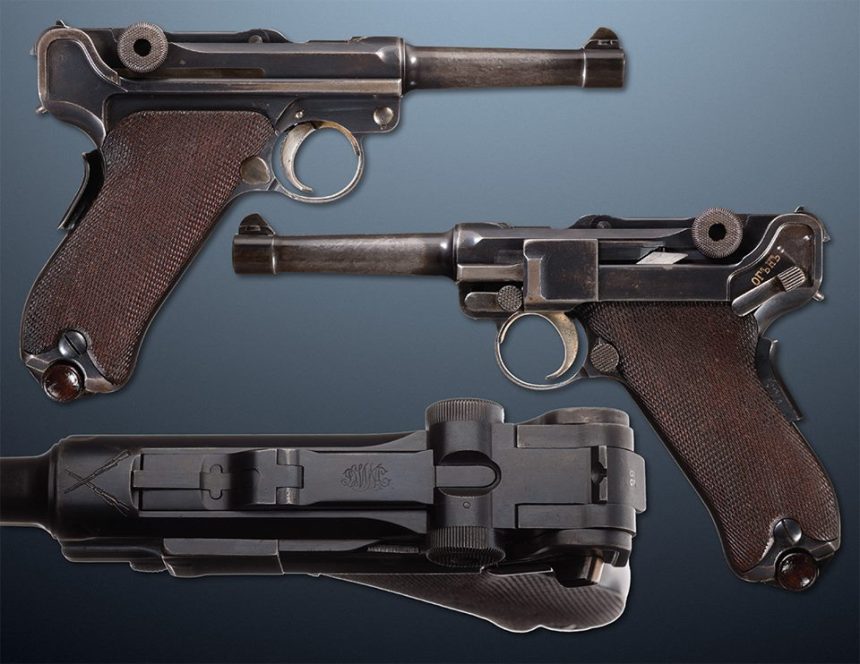 A rare DWM-made Model 1906 9mm para made for the Tsarist Russia contract. One of just 1,000 made, it includes Cyrillic safety markings and crossed Mosin Nagant rifle engravings (Photos: RIA)

For more detail, head on over to my column at Guns.com.