US Aircraft Carrier numbers through the years.

Just in case you are ever wondering, I recently did some research for an article I was writing for Sea Classics and thought I would share what I found in the form of a few snapshots from eight different periods in US Naval Aviation: 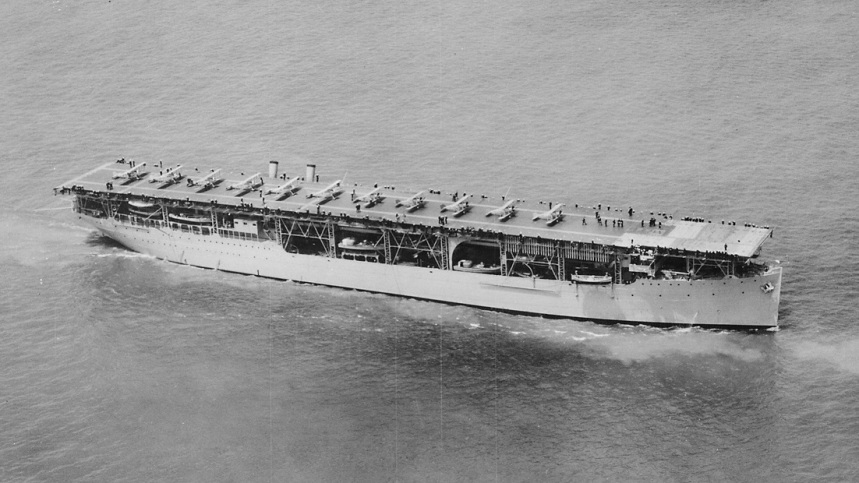 1922: USS Langley CV-1 built, first US carrier is converted from a collier. At 14,000-tons she wasn’t very big, and she was never very fast (15-knots) but she could carry up to 40 early biplanes and monoplanes on her flattop, earning her the distinction of the cradle of the US Navy’s carrier legacy. She had a catapult, and a single elevator to go along with the carrier pigeon-house on the stern. Total number of carriers: 1. 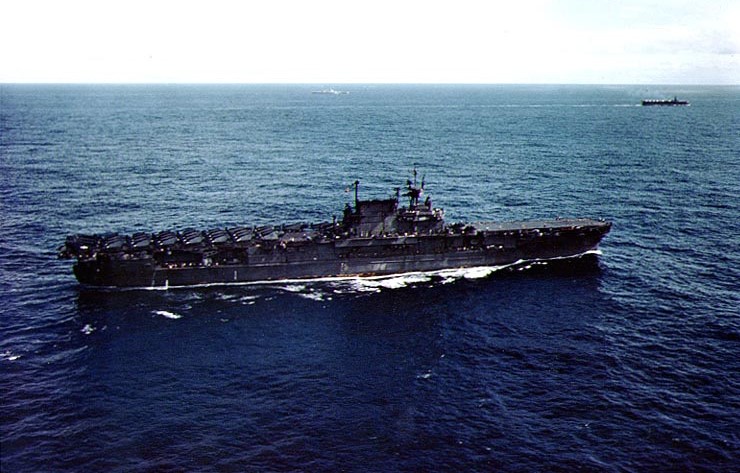 1939: WWII began. The US was officially neutral and that was good because there wasn’t much of a carrier fleet at the time. Langley had been converted to a seaplane carrier. However there was the modern USS Lexington, Saratoga, Ranger, Yorktown, and Enterprise in commission. This is a total of 5 fleet carriers, one of which (Ranger) is exceptionally small. 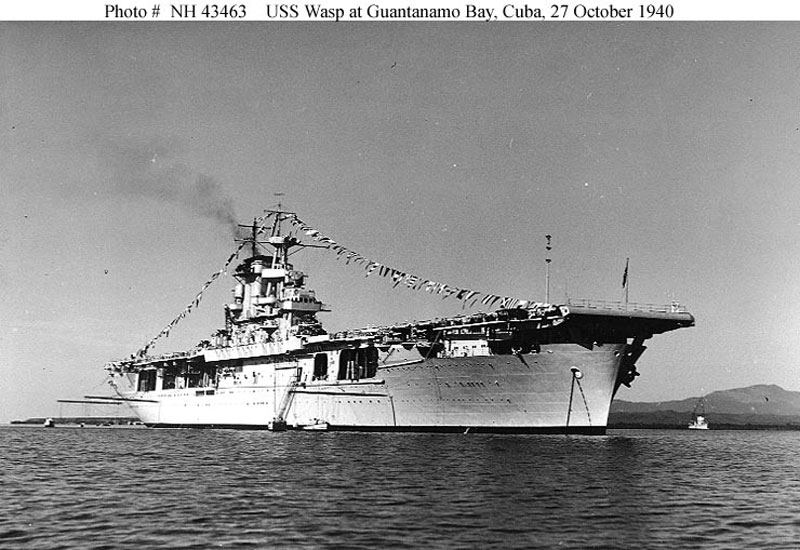 1941: US Enters WWII with seven active carriers as the new USS Wasp and Hornet are just recently rushed to completion. By October 1942, four of these ships are sunk in epic naval combat leaving just the USS Saratoga and Enterprise (in the Pacific) and Ranger (operating in the Atlantic) as the only US carriers at sea until the new USS Essex is commissioned at the end of the year. There will be more. 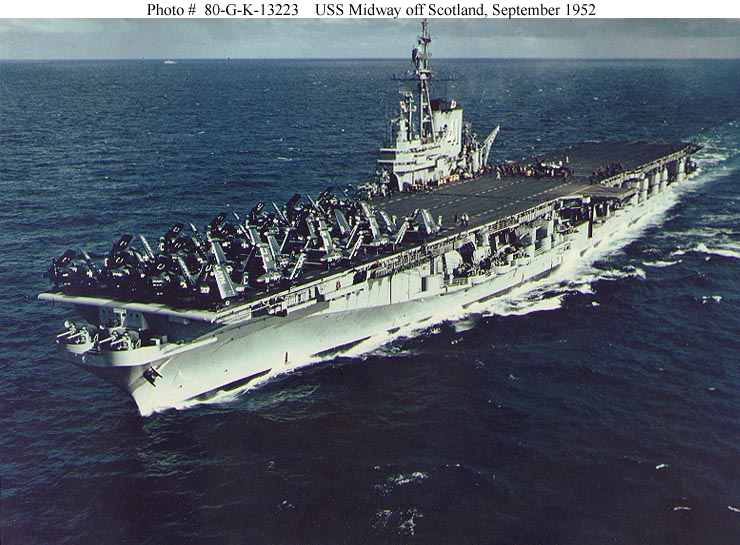 1945: There are 21 Essex-class ships in commission as well as 4 more under construction, plus the 3 surviving antebellum carriers. There are also three new and improved 45,000-ton Midway class carriers in various stages of construction, 10 19,000-ton Independence/Saipan class light carriers in the fleet, and no less than 78 small 11,000-ish ton Escort carriers. This is an armada of no less than 119 active flattops of various sizes and doesn’t count another 30+ escort carriers loaned out to allies such as Great Britain– which still technically belonged to the US. This is some 2-million tons of aircraft carriers, a feat that will most likely never be seen again. 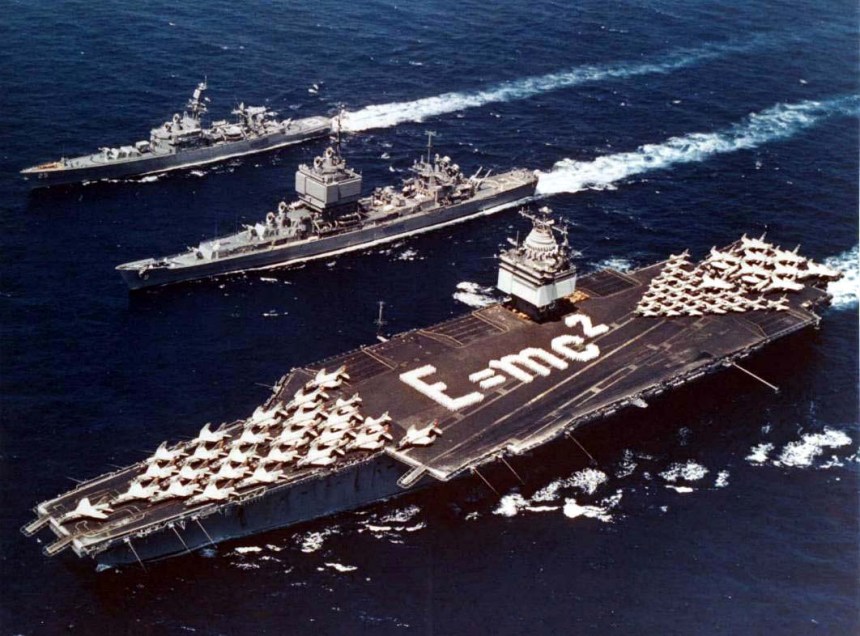 1962: The Navy is now almost all-jet, with the days of the Hellcats, Helldivers, and Avengers faded away. All of the light and escort carriers have been retired from fleet service as being too small although a few (USS Wright, Cabot, etc) are used in non-aviation roles such as command ships and transports. However, the Navy now has seven 1000-foot long super carriers including 4 Forrestal class, 2 Kitty Hawk class (with two more building), and the brand new, all-nuclear, USS Enterprise. To help take up the slack the USN still keeps the 3 Midway carriers and 20 mostly modernized Essex-class carriers on the active list (and several in mothballs) although some are designated ASW-only.

Also there are some seven new 18,400-ton Iwo Jima-class Amphibious Assault Ships (LPH) in the works that are all-helicopter marine carriers for vertical envelopment. So total flattops available: 30 active with a bunch of LPHs and two super-carriers building. 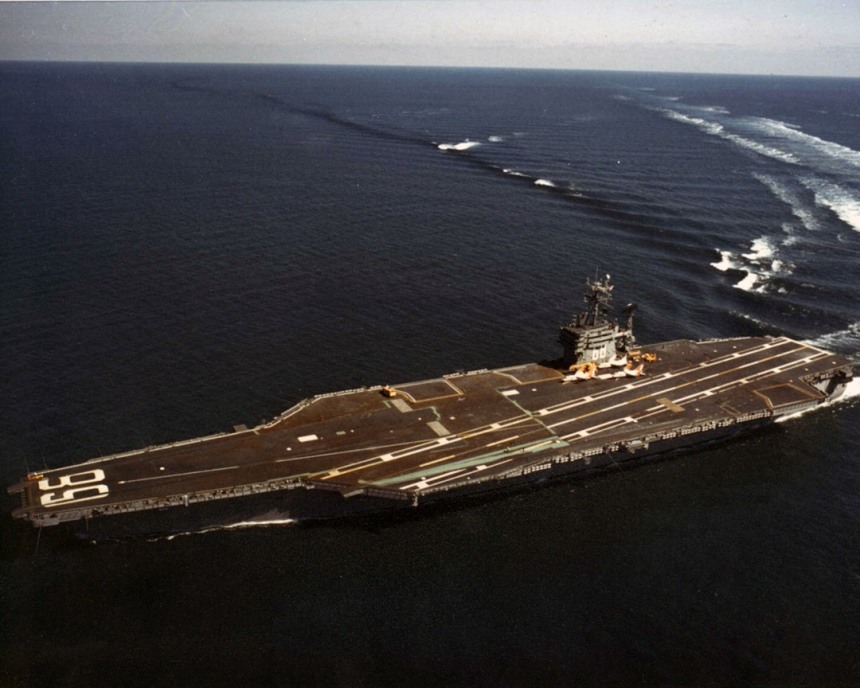 1976: End of Vietnam-era. The days of the Essex-class are over, with all but USS Lexington (AVT-16), being used as a training ship in Pensacola, on the scrapheap or in mothballs. Two legacy 1940s carriers, Midway and Coral Sea remain, with Roosevelt pending decommissioning in a year. However, the USN has just commissioned the nuclear-powered USS Nimitz in 1975, and two more of her class are on the builder’s ways. Added to this total are 4 Forrestal-class, 4 Kitty Hawks, and the Enterprise, for a total of 13 fleet carriers, one AVT and 7 LPHs.

So total of 21 hulls (for 1.2 million tons) plus two more Nimitz-class building and several (4) Essex-class ships in mothballs. Tonnage-wise, this is the 1944-2014 low point of the US carrier fleet (just in case anyone wants to argue that point with you) 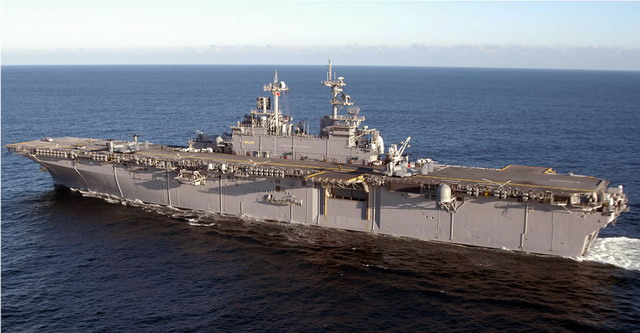 USS Wasp, LHD-1, bigger than her WWII namesake by a good bit, but with the same general lines

1991: Peak of the Regan/Lehman “600-ship Navy” built to take on the Soviets. For a solid year the Navy has 15 fleet carriers (Midway, 4 Forrestal, 4 Kitty Hawk, Enterprise, 5 Nimitz) on active duty. The Coral Sea, which decommed in 1990, was still in reserve if needed as was the hard-worn Essex-class Oriskany. Besides these traditional carriers, the Navy had 7 older Iwo-class LPHs, 5 newer 40,000-ton Tarawa class LHAs, and the new LHD USS Wasp in service, for another 13 “decks” that could embark AV-8 Harriers in addition to marine helicopters and Navy ASW choppers if needed. Also, the great grey ghost of Pensacola, the USS Lexington, is in its last year of service as a training carrier.

So, total of 30 active hulls plus two more Nimitz and 7 more Wasp‘s building, and a couple old decks in mothballs. Even though it’s a fraction of the number of hulls that the 1945 carrier fleet had, these 30 ships represent some 1.8-million tons of flattops as they are in many cases much larger than their WWII-contemporaries. 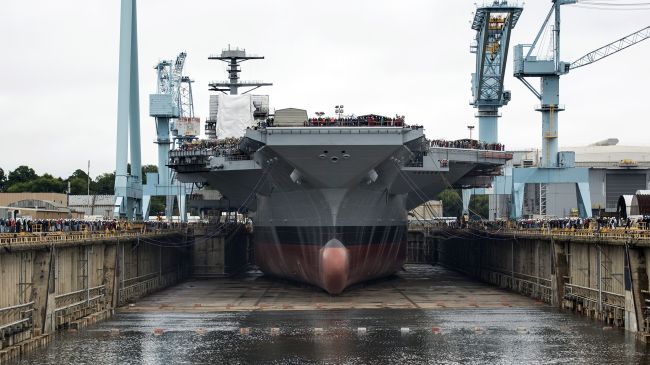 2014: All of the oil-fired fleet carriers are retired, with one (Kitty Hawk) left in reserve as a mobilization asset, two as museums (Midway, Lexington), and one awaiting placement as a museum ship (JFK);  the rest being sold to scrappers or sunk at sea. Enterprise is being recycled. All of the 1960s-era Iwo Jima and all but one of the 1980s-era Tarawa classes of Gator flattops are retired, replaced by the 8 ships of the Wasp-class and the new USS America (LHA-6), which is optimized to operate the new F-35 fighter. The US carrier fleet is centered on the 10 Nimitz-class carriers, with the refueling of the USS George Washington (CVN-73) in limbo.

A new carrier, the first of the Gerald Ford-class, is expected in 2015. So, total of 19 active hulls (1.46 million tons–which isn’t all that bad in comparison to 1976), plus several more building, and the Kitty Hawk and Nassau (LHA-4), in reserve.

A combat boot guy in a flip-flop and slide world.