Made it back alive (though the flight back from Vegas was full of walking wounded) so you neither have to avenge me nor get the opportunity to split up my gear.

Here are some of the more interesting developments, though I will circle back around later in the week with a couple of tales of interesting people I met on the way. 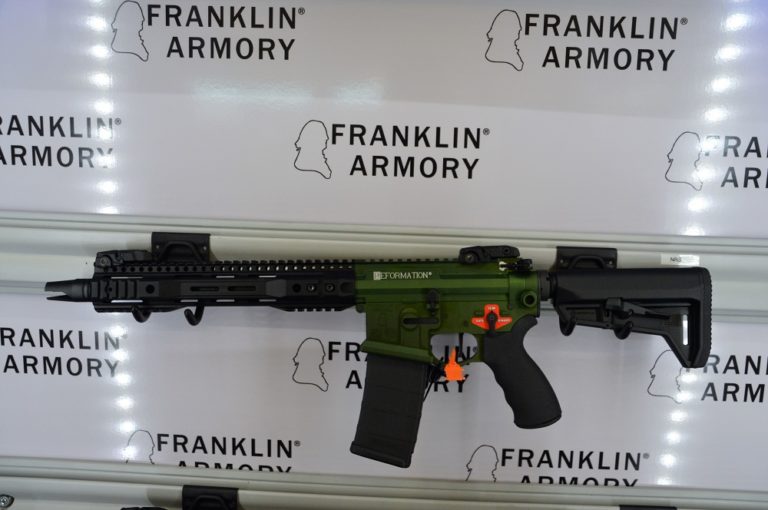 Franklin Armory’s BFS III-equipped Revelation “firearm” seems like it would be an SBR, but it only seems that way. (Photos: Chris Eger/Guns.com)

So I got to check out the Reformation by Franklin Armory, and like I called it, it uses a non-rifled barrel (straight lands and grooves) with rifle ammo (.300BLK/5.56mm) to give you a non-NFA short barreled rifle (because, duh, it’s not legally a rifle!). I made contact on the range with it at close distances and it shot well but is billed with an accuracy of just 4 MOA at 100 yards, which is better than the old Brown Bess– or your typical SKS for that matter– but sill is generating a lot of hate as something as a Stormtrooper rifle. More on that in my column at Guns.com here. 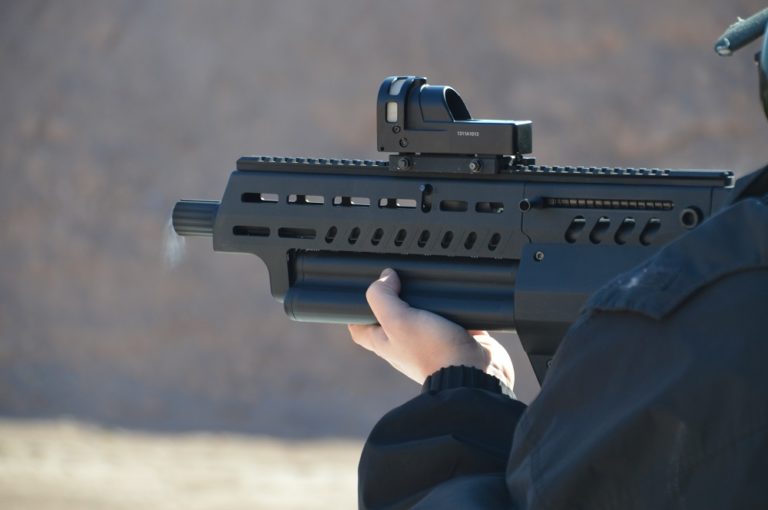 Would you like to know more? (Photo: Chris Eger/Guns.com)

Then there was the new Tavor TS12 shotgun, which looks like low-effort Starship Troopers cosplay but brings 15 shells of 12 to the party in a bullpup design that is just 29-inches overall (and 10 high!). Recoil impulse was…different. Meh, bullpups. More here. 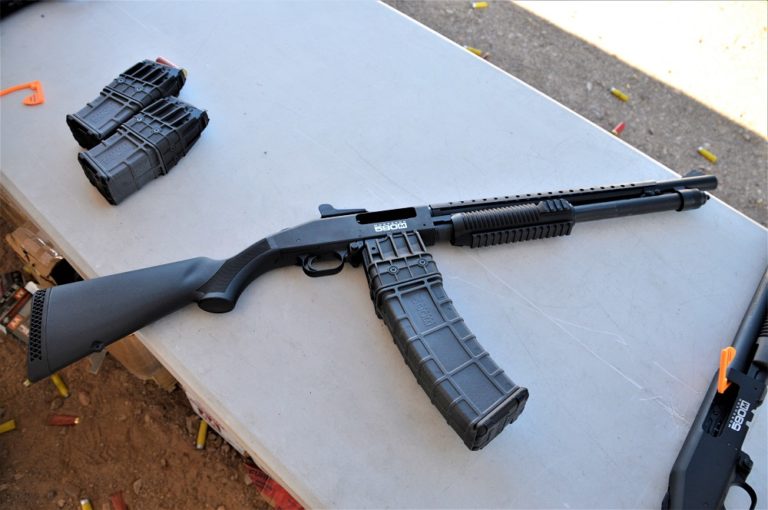 Mossberg points out that their new 590M series, shown with a 20-round mag inserted above, allows for quick reloading in a smaller package than the other guys’ single-stacks. A pair of 10-round mags, standard to the shotgun, is seen to the left (Photos: Chris Eger/Guns.com)

The surprise of the party was Mossberg’s HUGE double stack 12 gauge mags for a dedicated series of 590 shotguns. Sure they are expensive ($100) and giant (like a loaf of french bread for the 20-rounder big) but they are still smaller than comparable single stacks from Remington and Black Aces while being similar in price to Saiga mags. More on that here.