Hopefully, you have the day off. If not, proceed accordingly, setting your own level of commitment. 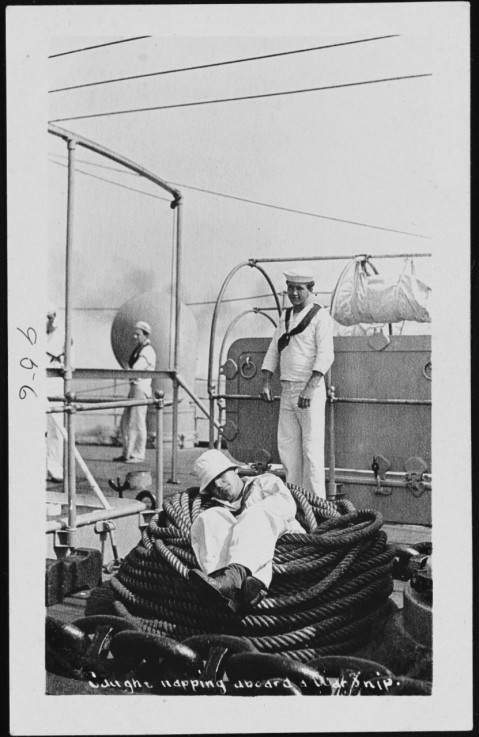 “Caught Napping” In a coil of mooring line, on board a U.S. Navy battleship, circa 1907-1908. This view may have been taken during the Great White Fleet World cruise.

"A person interviews for his next gig , every day." - WRSA Reader