You do have a tungsten/polymer framed comp gun, yes?

The new exclusive Legion Series pistol features what Sig bills as the first-of-its-kind TXG tungsten/polymer XGrip module which helps translate to an unloaded weight of 43.5-ounces. The heavier grip module with a removable magwell translates to what the New Hampshire-based company says is a substantially reduced felt recoil and muzzle flip, cutting them in half. 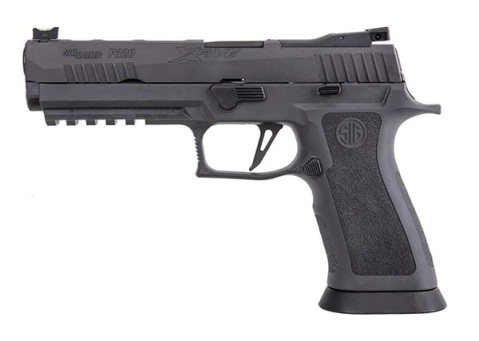 The $900 XFive Legion will mount any optic and accepts 1911 recoil springs, while weighing in at over 40-ounces, unloaded, due to having tungsten mixed into the polymer.

So why not just go with a steel frame to begin with? Well, Sig says the hybrid tungsten/polymer frame gives the XFive Legion the ability to still flex like a plastic fantastic pistol while it has the weight of a steel gun to offer the best of both worlds in an IPSC legal gun.

Anyway, more in my column at Guns.com.