…Then you are in luck.

Introduced earlier this year, the Glock G43X and G48 were originally released with a two-tone stainless slide over a black polymer frame.

Chambered in 9x19mm, both handguns feature what Glock terms as a compact Slimline frame with a built-in beavertail and short trigger reset and 10-round magazine capacity. But they were only in the Tommy Two-Tone edition. (Photo: Chris Eger/Guns.com)

However, starting today, the slides on the new models will feature a black nDLC finish. 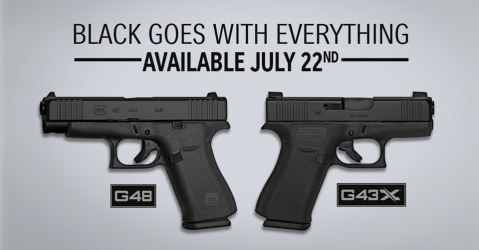