“Imperial Russian 17th Century Snaphaunce rifle,” apparently the only one in America, coming up at auction by Morphy next month. 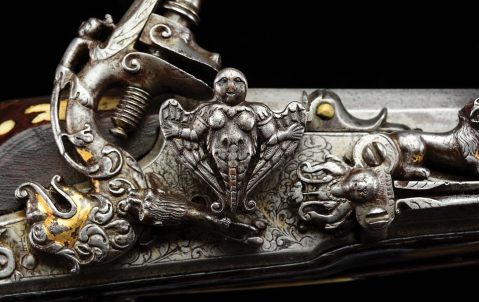 The predecessor of the true flintlock, the snaphance (from the Dutch “snaphaan” or “pecking rooster”) came after the snap lock and had its moment in the sun from about 1580 to 1650.