Growing your own tomatoes are a great way to save $2.71, all raised by yours truly, despite the best work of the local squirrels.

Smoothbore .22s were once a common facet on the consumer firearms market in the U.S., first appearing in the 1930s with a shotgun version of Winchester’s Model 67 single-shot bolt-action rifle. Remington later followed up on this in 1939 with the Model 511SB (SB= smoothbore) .22 and, over the next two decades, Big Green would produce at least two other platforms with a similar concept.

Deemed “Garden Guns” for the patch of ground they were used to defend, they were pitched as pest-control devices for use with shot- or BB-loaded .22 rimfire cartridges, often deemed “snake shot” or “rat shot” for their typical targets. In Europe, such smoothbore bolt-action shotguns, chambered in the low-powered 9mm Flobert rimfire, were made by Webley & Scott among others and remain popular today.

The final Garden Gun produced in the U.S. was Marlin’s pre-Remington Model 25MG which went out of production in 2002.

However, in the sense of “everything old is new again,” Henry last week debuted a new .22 Garden Gun, this time a lever action. 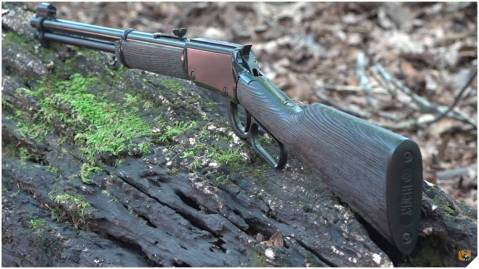 This is actually a .22WMR shotgun…