Sig Makes a Return to the Bolt Gun Market

Back in the late 1990s Sig Sauer marketed a short-lived (two years in the catalogs) bolt-action rifle. Geared to sportsmen, it was the European-made SHR (Swiss Hunting Rifle). As both Swiss SIG and German Sauer had a heritage in making both, the SHR should have been a no-brainer.

Now, with the SHR in the rearview for two decades, New Hampshire-based Sig Sauer has a domestic precision bolt-action hunting rifle, the CROSS.

The rifle– which will be available in 6.5 Creedmoor, 308 Winchester, and the upcoming .277 SIG Fury Hybrid cartridge– has a one-piece aluminum receiver with a folding adjustable SIG precision stock. Using a stainless steel barrel that runs 16-inches (.308/.277) or 18-inches (6.5CM) long, overall length remains compact at about 36-inches. With the stock folded, you are looking at a 25-inch pack gun.

Unloaded weight eight is under 6.5-pounds for all models, a key takeaway from the design philosophy. 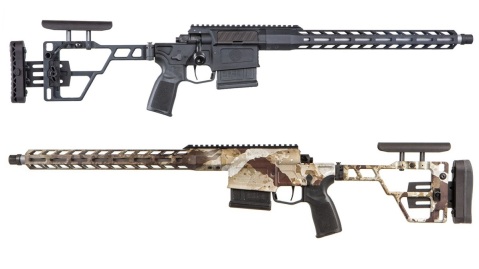