As a kid in 1986– in an age where action heroes were shirtless, spoke with an Austrian accent or a mumble, and carried a big fixed blade– I downright pined for one of these $29.95 specials every time I browsed the gun mags of the day while camped out at the news rack of the local T.G.&Y. 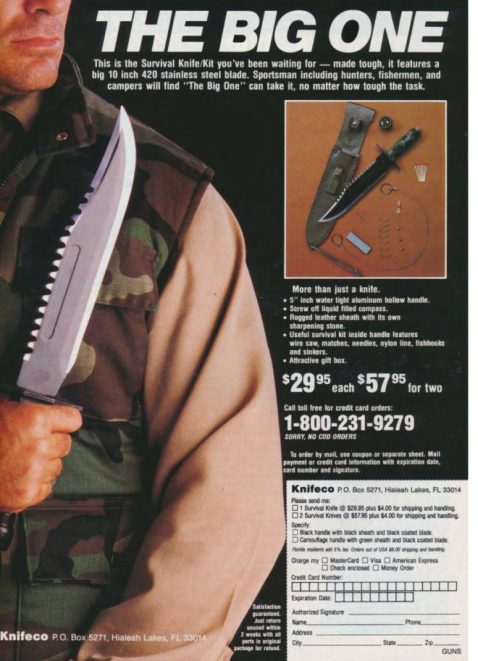 Glad I wasn’t able to cut enough grass to afford both a wildly addictive Testors scale model habit, as well as my nascent knife wanderlust. That tang-less 420SS thing looks like pure junk-o. But hey, it had a compass!