Stopping in at the Navajo Lodge, 80 years ago

In April 1940, Russell Lee, a 37-year-old prolific shutterbug who worked for the government’s Farm Security Administration, crisscrossing the country to document American life, stopped in at the Navajo Lodge along U.S. 60 in Datil, New Mexico.

Speaking of guns…check out this gun rack. 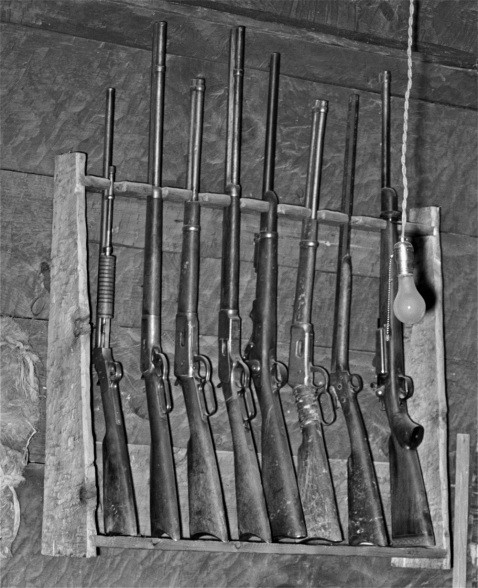 How many can you name?

More details after the jump to my column at Guns.com.

3 responses to “Stopping in at the Navajo Lodge, 80 years ago”