Let me tell you about my favorite nostaligic gun 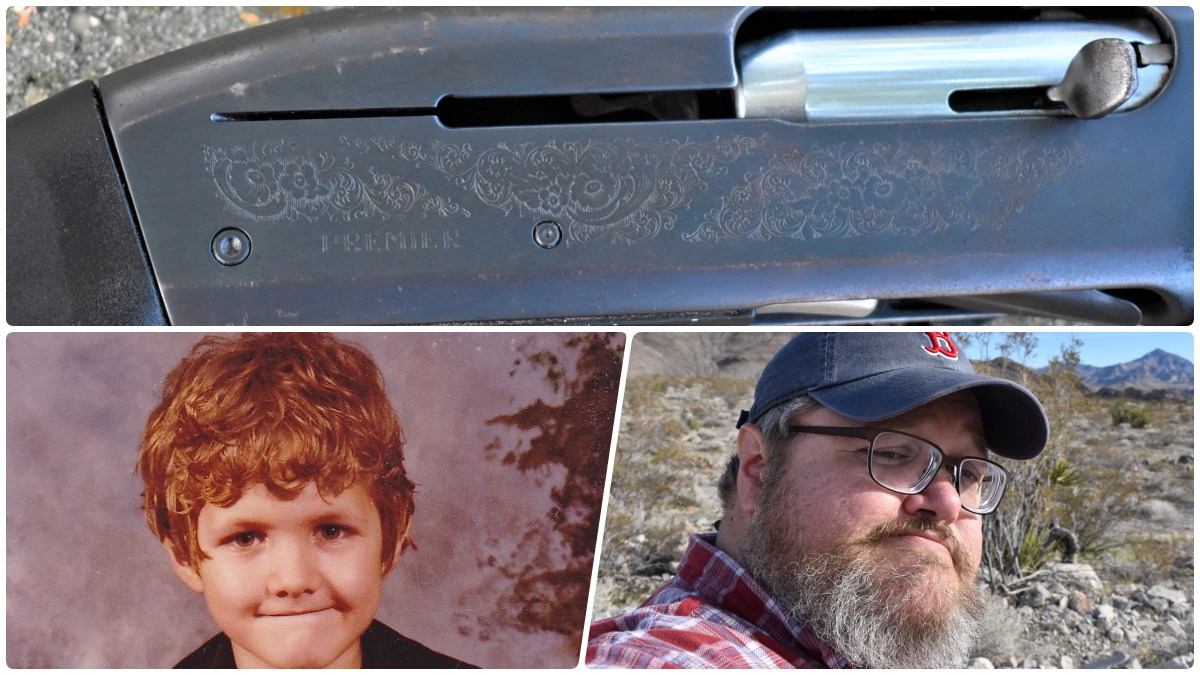 Over at Guns.com, we recently compiled stories from among the editors on guns that spark nostalgia in us in a “my first gun” kinda way. For me, I chose my downright ancient Remington 11-48 Primer, for what I see as a bunch of good reasons. My tale is as follows:

Growing up in the Gulf South way back in the pre-internet days of the 20th Century, guns and hunting were essential rites of passage from an early age. As a single-digit-midget, somewhere around the time you learned to draw your name in crayon, you got a pellet rifle. Pump that bad boy up enough and you could part a cloud. Nothing quite teaches you rudimentary holdover and Kentucky windage like a $20 air gun and no adult supervision.

Once you got to where you were learning cursive– yes, I was imparted with that ancient skill, now so quaint as to be considered some sort of dark art– you got a rimfire plinker. Just an old bolt-action .22LR, in my case a milsurp Mossberg 42 whose rifling was shot nearly smooth by the time it reached me, but a quantum leap from the humble .177. Along with it saw much closer education from the designated family elder in charge of basic marksmanship instruction, a Korea and Vietnam-era retired master sergeant that I was to simply address as Paw Paw.

Somewhere between going out for peewee football and memorizing the preamble to the Constitution (go ahead, I still have all 52 words down pat), it became centerfire time. This meant chasing deer with a sporterized 8mm Mauser about as tall as I am and hitting the dove fields with a 12 gauge. The shotgun I was introduced to was a time-tested (southern for hand-me-down) Remington 11-48 Premier. I have no idea how old that semi-auto is, but it hailed from Big Green’s prime era that coincided with black & white TV shows and was sandwiched in the production line between the WWII-era Model 11 and the later Model 1100s and 1187s.

It was with that gun that I hit the soybean and cornfields of family friends to clean out crows (don’t get me started), guard the family pecan trees from wide-bodied nut-thieving squirrels, and was instructed to leave loaded in the closet for those weeks spent in the dark after hurricanes long before FEMA was a thing. In high school, I would have it in the trunk of my time-tested car, so it was ready to head to the woods with friends during dove season right after class. Barring said souped-up pigeons, it clocked in smoking hand-thrown clays because if you bought a case of No. 8 shot, you shot a case of No. 8 shot. I dropped it once off a boat on the river while heading out for hogs and didn’t feel bad about getting soaked to retrieve it. I pawned it once in college because I needed gas and didn’t feel bad about going hungry to get it back out of hock.

Today, after replacing the long-ago busted furniture and a couple of worn-out springs, I still have it in the safe. One day, my own grandson will have it in his.

tagged with growing up guns, Remington 11-48