It appears that a huge flotilla of 220 People’s Armed Forces Maritime Militia vessels are massed at Julian Felipe Reef in the West Philippine Sea, notably inside what the Philippines sees as its EEZ. 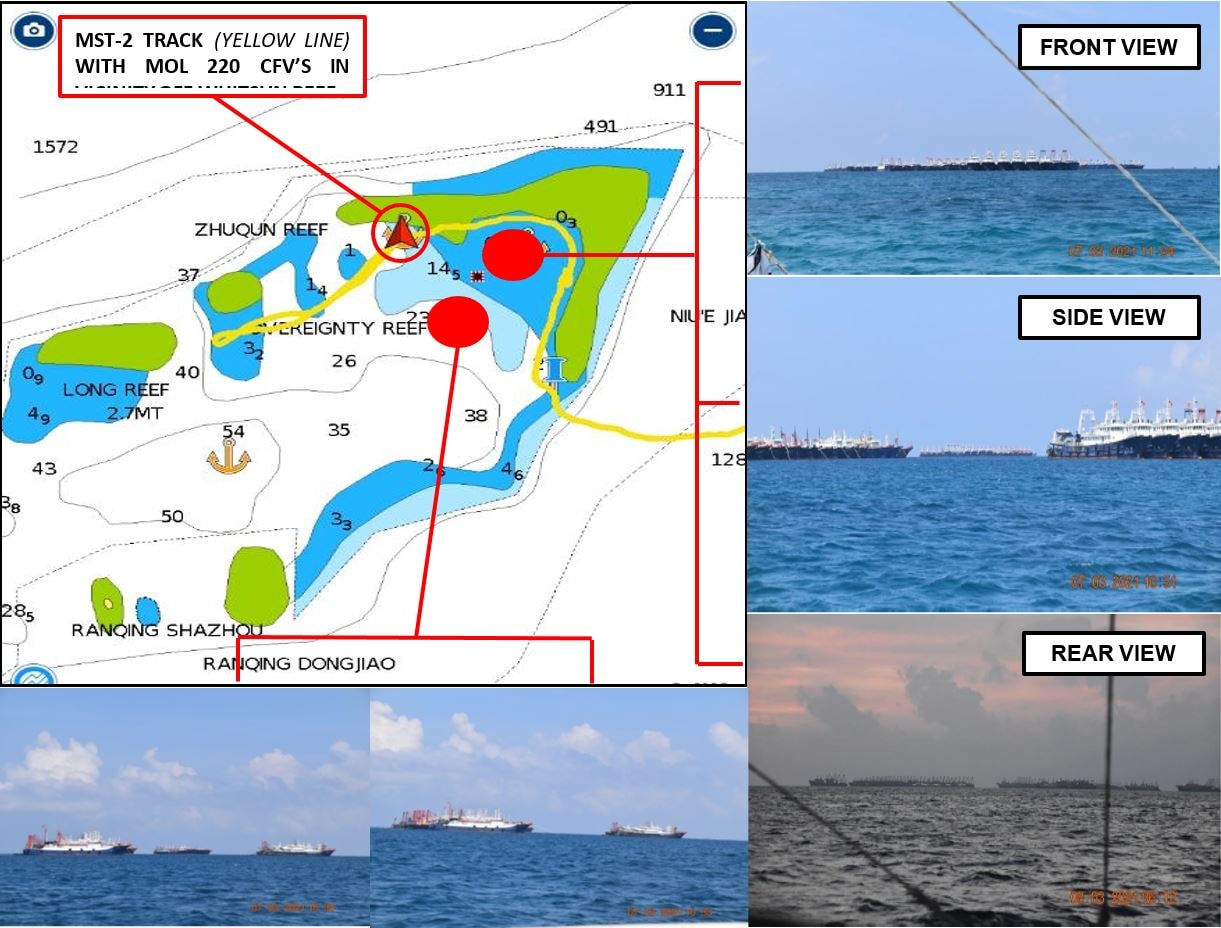 Via the Philippines National Government:

The National Task Force for the West Philippine Sea (NTF-WPS) received a confirmed report from the Philippine Coast Guard (PCG) that around two hundred twenty (220) Chinese Fishing Vessels (CFVs), believed to be manned by Chinese maritime militia personnel, were sighted moored in line formation at the Julian Felipe Reef (Whitsun Reef) on March 7, 2021.

The Reef is a large boomerang-shaped shallow coral reef at the northeast of Pagkakaisa Banks and Reefs (Union Reefs), located approximately 175 Nautical Miles west of Bataraza, Palawan. It is within the Philippine Exclusive Economic Zone (EEZ) and Continental Shelf (CS), over which the country enjoys the exclusive right to exploit or conserve any resources which encompass both living resources, such as fish, and non-living resources such as oil and natural gas.

Founded in the 1950s as something kind of akin to the U.S. Coast Guard Auxillary, the CMM has grown massively in size over the past 20 years and has increasingly been on the “front lines” of China’s expansion into the Pacific in the past decade or so, in short, using government-sponsored fishing ships equipped with PLAN-capable satellite communication terminals and manned by trained paramilitary crews in lieu of official naval assets. This includes the persistent 2009 interference with USNS Impeccable (T-AGOS-23), the 2011 harassment of Vietnam’s survey vessels (Viking II and Binh Minh), swarming the USNS Howard O. Lorenzen (T-AGM-25) in 2014, the ongoing Scarborough Shoal standoff (Tanmen Militia) and the Haiyang Shiyou-981 oil rig standoff. 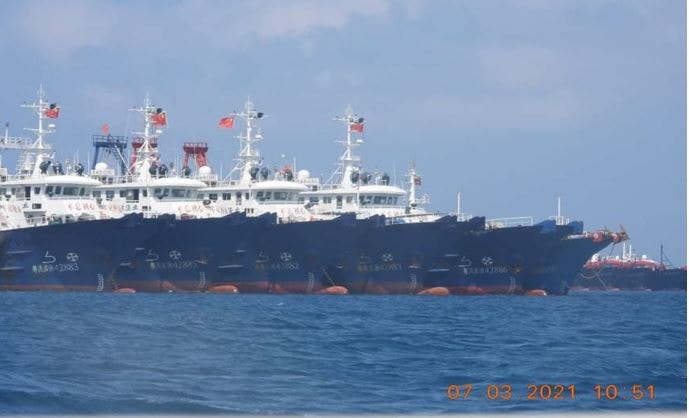 Peacetime training for CMM’s “little blue men” includes target identification, intelligence collection methods, and operation of communication terminals, typically running at least 15 days per year to include one of political education. During times of war, it is expected that CMM trawlers and longliners will be used for scouting and recon purposes, resupply of outposts, and minelaying.

Basically the old “Russian trawlers” of the Cold War, only in supersized numbers. 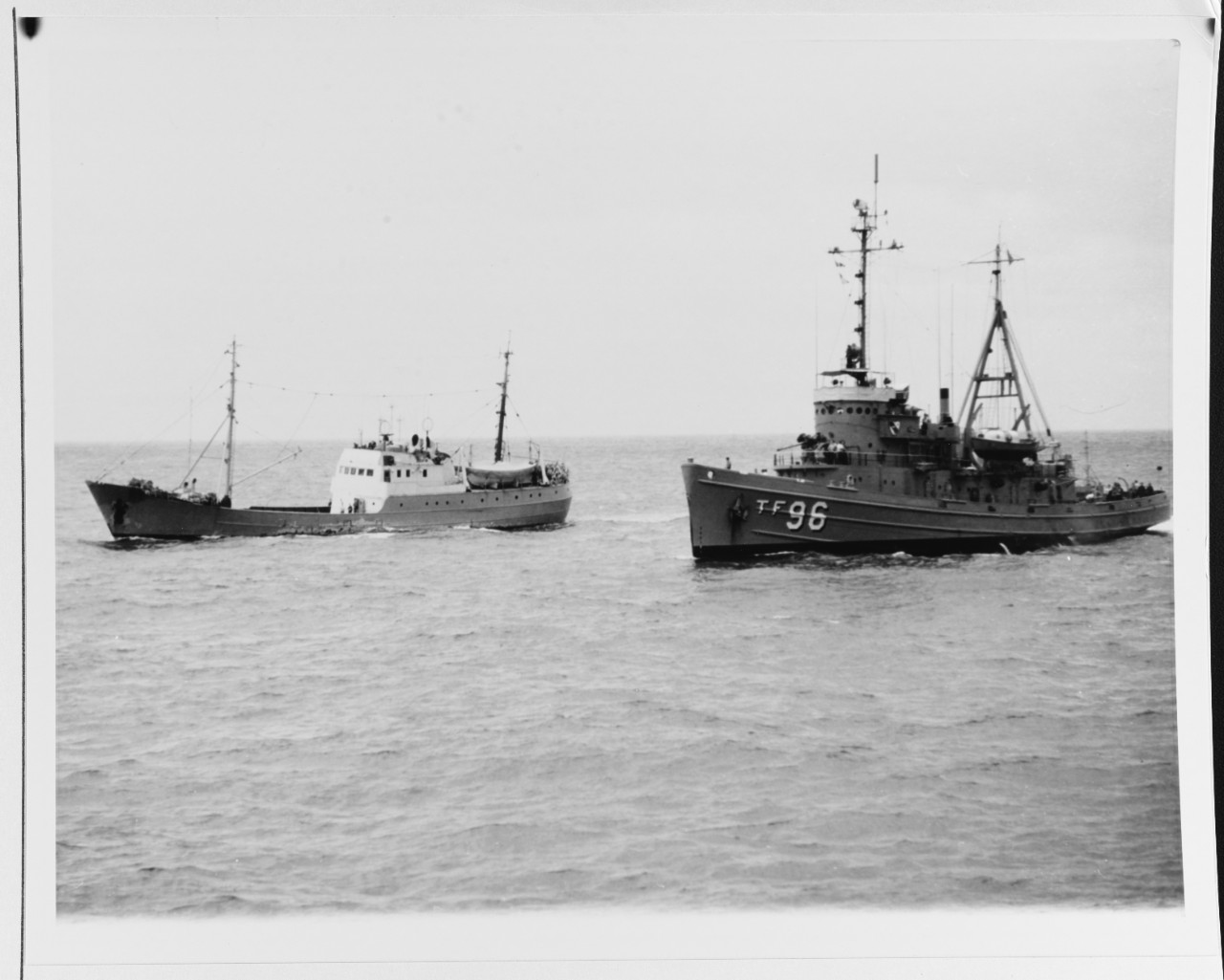