Back to the Rock

“Dug-out Doug” MacArthur and the “Bataan Gang” returned to Corregidor in March 1945 on, appropriately, a group of four Navy PT-boats. 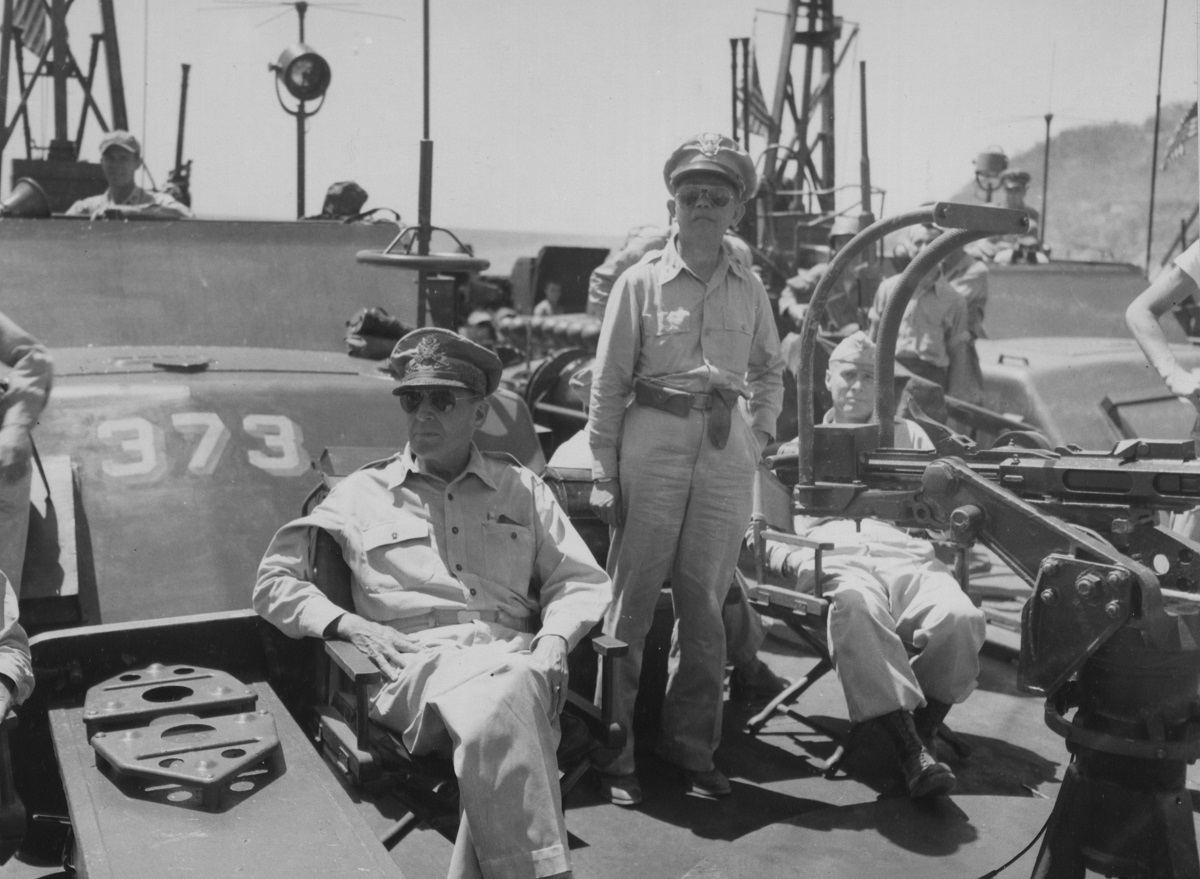 To his left, in suntans and shades, is Brig. Gen. Carlos P. Romulo, Doug’s ADC since 1941 and listed at the time of the photo as “commanding general of the Philippine Forces of Liberation.” Philippine President Sergio Osmeña, Quezon’s successor in the country’s government-in-exile, is also on the vessel, seated in the camp chair to the port side behind the 37mm gun.

Notably, their ride is PT-373, an 80-foot Elco of MTBRon 27 that, on 7 February 1945, had been the first U.S. Navy surface asset in Mania Bay since Corregidor fell in 1942 when she conducted a night recon mission with PT-356, which is likely the other boat in the above image.

As a side, Romulo would go on to become president of the UN General Assembly in 1949.