Official caption: “U.S. Navy Landing Party. Photographed on board ship, probably at the time of the Vera Cruz incident, circa April 1914.”

The bluejackets are wearing Marine Corps flannel shirts and khaki trousers, with Dixie Cups (introduced in 1886) that have been dyed with coffee grounds. Among them are a stack of early M1903 Springfield rifles and at least one man is wearing an ammunition belt while most seem to be wearing leggings for shore service.

The ship may be the new dreadnought South Carolina (Battleship No. 26) as she had landed a nearly battalion-strong force to occupy the Mexican port city’s waterfront.

It was certainly a motley look, especially with the Dixie Cups rolled down: 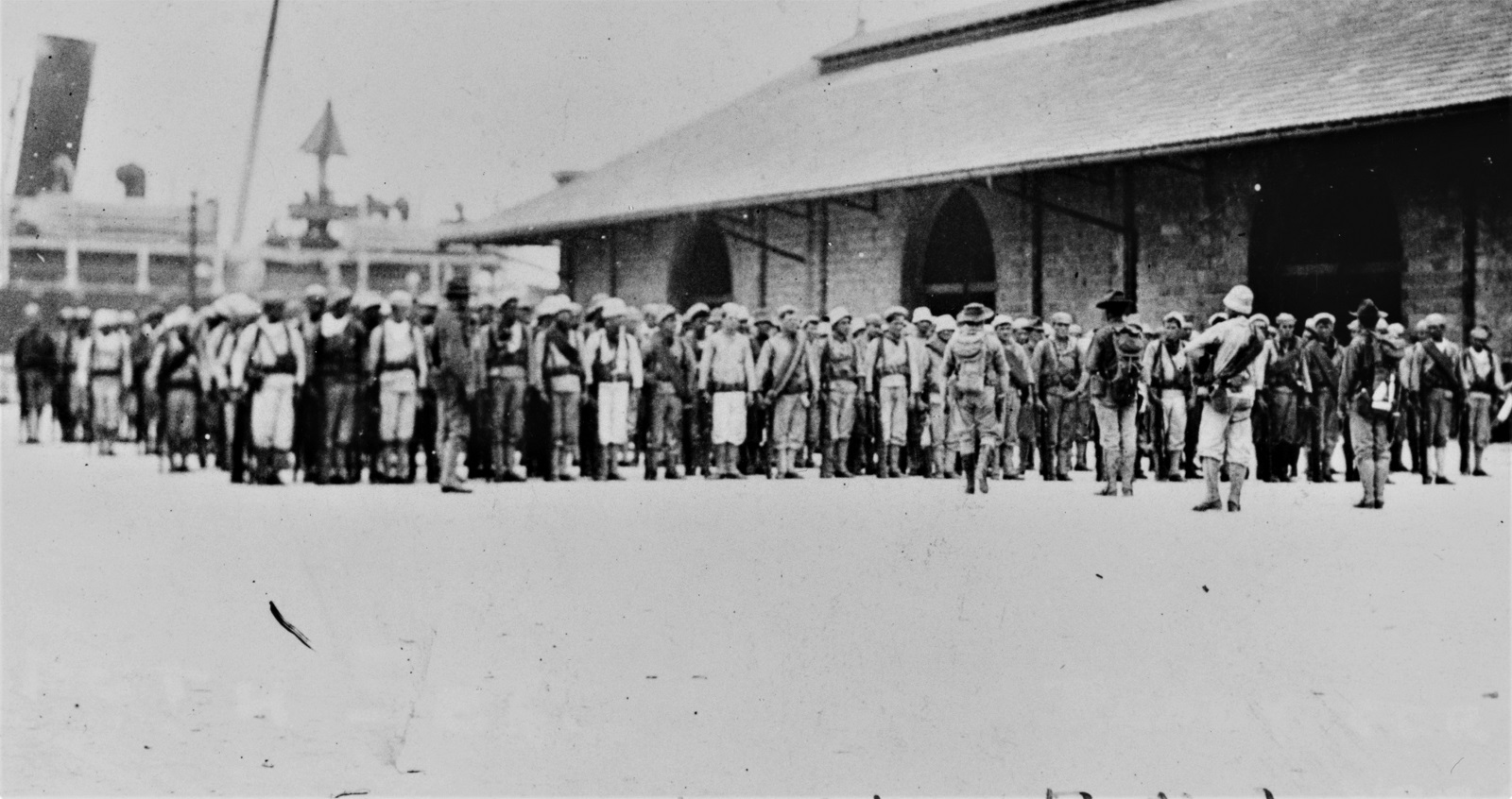 The fourth South Carolina on the Naval List was constructed at Philadelphia by William Cramp & Sons– ordered just months after HMS Dreadnought joined the Royal Navy– and commissioned on 1 March 1910.

Carrying eight 12″/45s in four twin gun turrets and clad in an armor belt that went a foot thick in places, the 17,000-ton South Carolina and her sistership Michigan were roughly equivalent of heavier Dreadnought, although the British battlewagon carried two extra 12-inchers and could make 21 knots whereas the SoCars were a little slower at 18.5 but could boast a marginally better armor scheme. 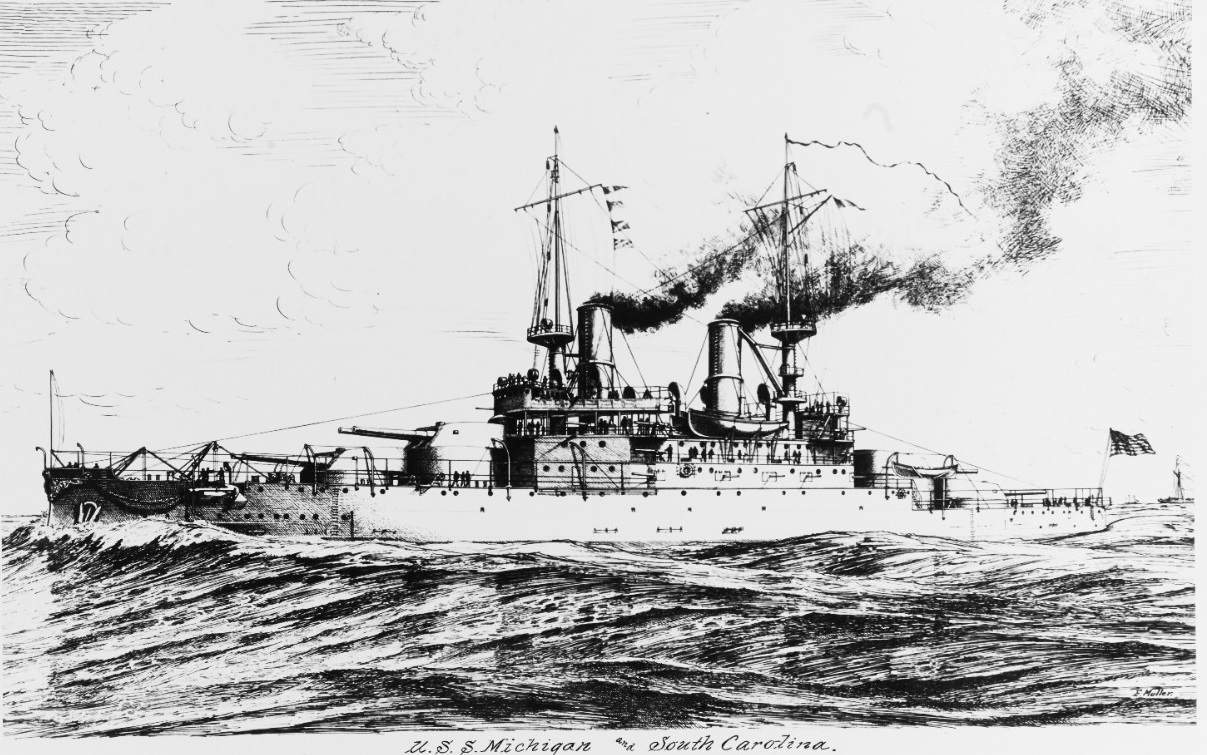 Just after her shakedown, South Carolina voyaged to Europe and back with the 2d Battleship Division, calling at Cherbourg, Portland, Copenhagen, Stockholm, Kronstadt, and Kiel to let all the players in the Old World know that the New World was hip to the program.

She then spent most of 1913 and 1914 involved in landings in Mexico at Tampico and Vera Cruz as well as Port-au-Prince in Haiti, carrying the Big Stick for America down south.

Her Great War service was limited, spending it mostly in training along the East Coast before escorting a single cross-Atlantic convoy in September 1918.

Obsolete when compared to later battleship construction and taking up valuable tonnage, the 11-year-old warrior decommissioned at Philadelphia, the place of her birth, on 15 December 1921– 100 years ago today– and remained there until her name was struck from the Navy list on 10 November 1923.

Her hulk was sold for scrap on 24 April 1924 in accordance with the terms of the Five-Power Naval Treaty of Washington.