Florida-based Century Arms has announced its newest domestic Kalash variant, the BFT47, which, as its name hints, has a bulged and forged trunnion.

Century’s new flagship AK after years of working through its RAS47 and VSKA lines, the BFT47 isn’t made from imported parts kits and instead is all-American. Using a bulged and forged 4140 steel front trunnion, a carburized 4140 steel bolt, a 1.5mm heat-treated 4130 steel receiver, and a 16-inch chrome-moly 4150 steel barrel, Century says the rifle is designed to “operate under stress with all commercially available ammo on the market.” 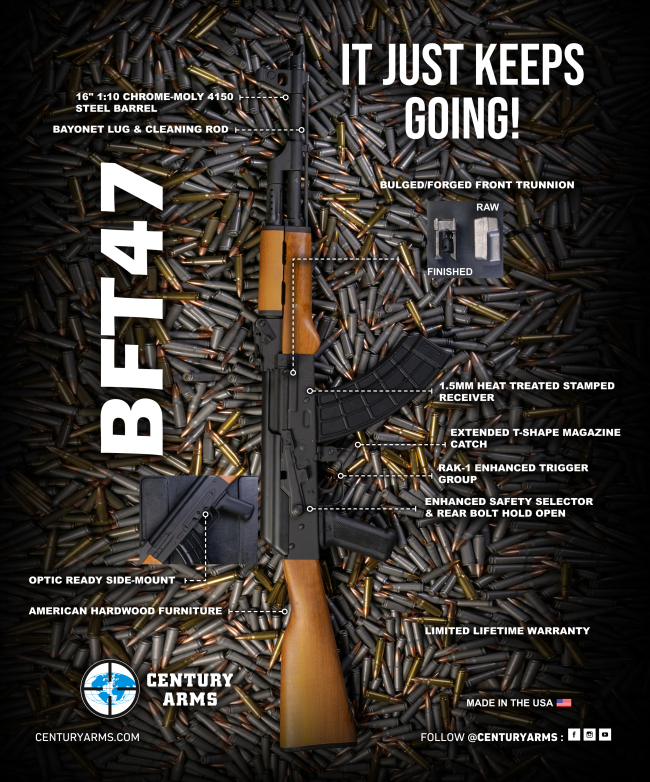 Using an American hardwood stock, it has adjustable sights and a manganese phosphate finish. The gun uses a RAK-1 enhanced trigger group and an extended T-shaped magazine release. (Photo: Century)