Glorified Birdcages and a Few Sandbags vs ATGMs

Russia’s two-week-long war with Ukraine has resulted in a lot of cracked-up tanks and armored vehicles due to the simple fact that the most plentiful thing the defending team has in the locker is modern anti-tank systems. 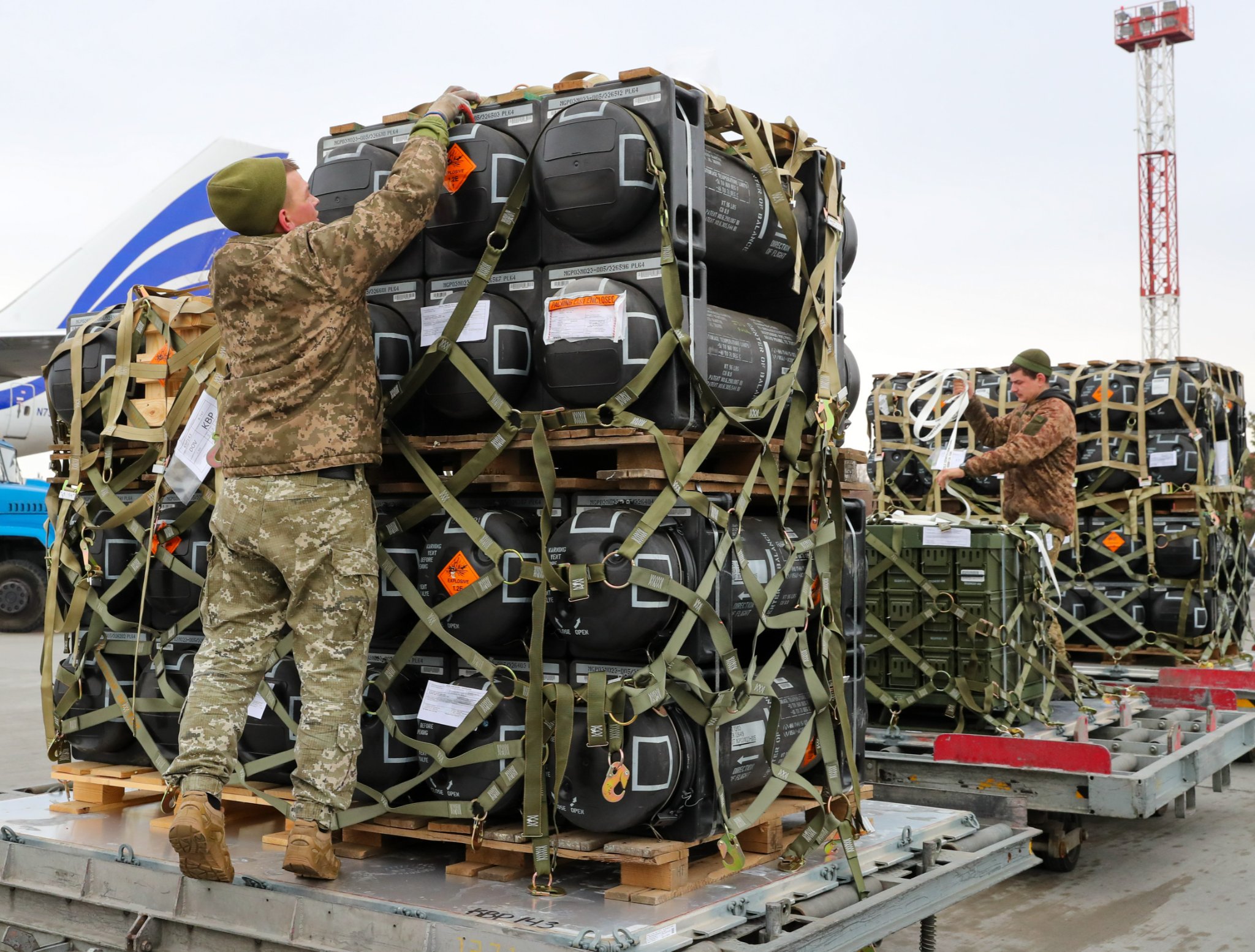 Besides planeloads of Javelins (377 launchers and 1,200 missiles prior to the war) and M141 BDMs (100+) from the U.S. and 3,600 NLAWs from the UK, Sweden has sent late-model AT4s, Canada has sent older M2 versions of classic Swedish Carl Gustav, some 6,000 Panzerfaust 3s have come from Germany and other NATO countries, France has sent both the old school Milan and the newer APILAS systems, while numerous countries have sent more than 8,000 66mm M72s of various marks.

For reference as to how fast donated arms are seeing combat, Danish-delivered M72 ECs have already been seen in action and they were just promised on the invasion’s D+2.

#Ukraine: Note that the 72nd Mechanized Brigade of the Ukrainian Army has already put the Danish-delivered M72 EC launchers into use (EC means Enhanced Capacity, can penetrate up to 450 mm RHA), along with UK-supplied NLAW and Ukrainian RPV-16 thermobarics. pic.twitter.com/YmwAVbKrjK

Then of course Ukraine had lots of their own indigenous Skif (a rough TOW equivalent) and Corsair systems, warehouses of RPGs of every stripe, and even circa 1960s Soviet-era 100mm T-12 anti-tank guns. In short, just about every anti-armor system ever made since WWII.
This means Ukraine is the scariest environment possible for any perceived bag guy on wheels or tracks as small squad-sized Panzerknacker style teams are lurking around and taking potshots at isolated Russian vehicles from behind cover.
For reference, check out this reported loadout for just two Ukrainian ATGM guys, equipped with at least four different systems in addition to their personal weapons. 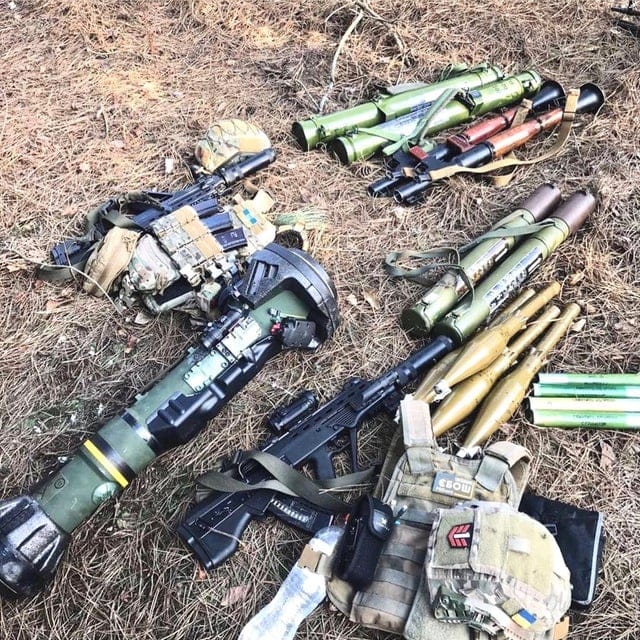 NLAW, RPV-16, RPG-22, RPG-7. The Russians have forgotten Tank 101, learned at Kursk, that states infantry and tankers have to work together to keep sneaky little guys with Panzerfausts and Pak guns from ruining your day

The Russian answer, to up-armor their T72s, T80s, and T90s– besides ERA blocks already installed– are standoff armor cages, particularly on their roof as many of the better ATGMs are top-attack models. This is often augmented with sandbags, salvaged building material, mattresses, and logs. 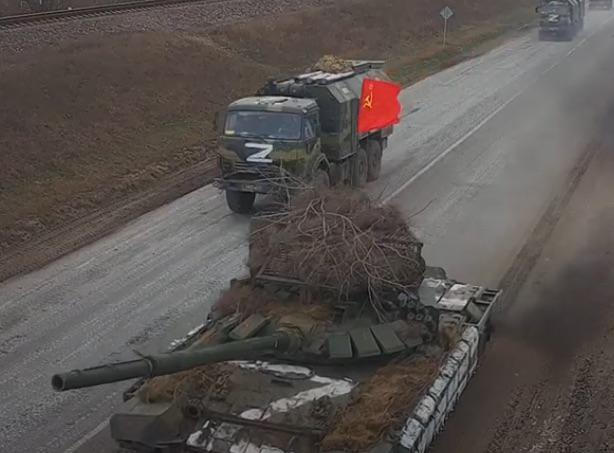 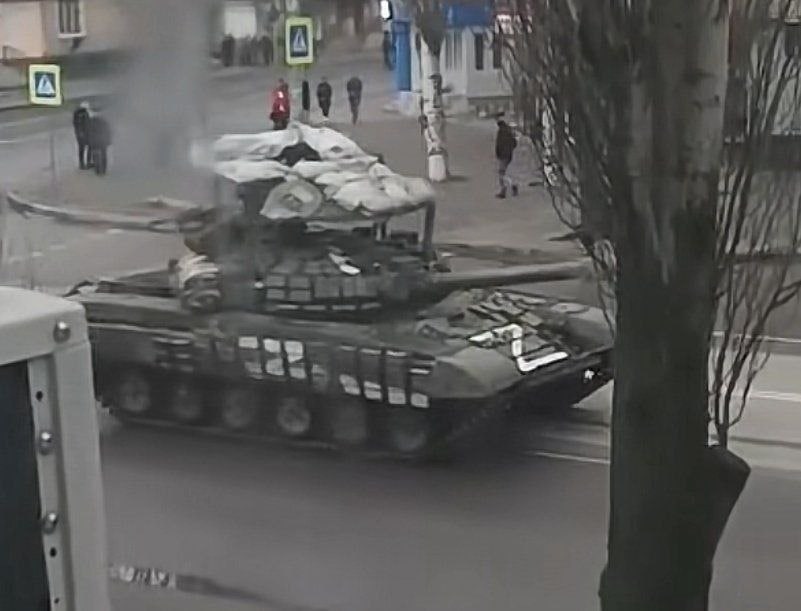 Even the trucks are sporting it. 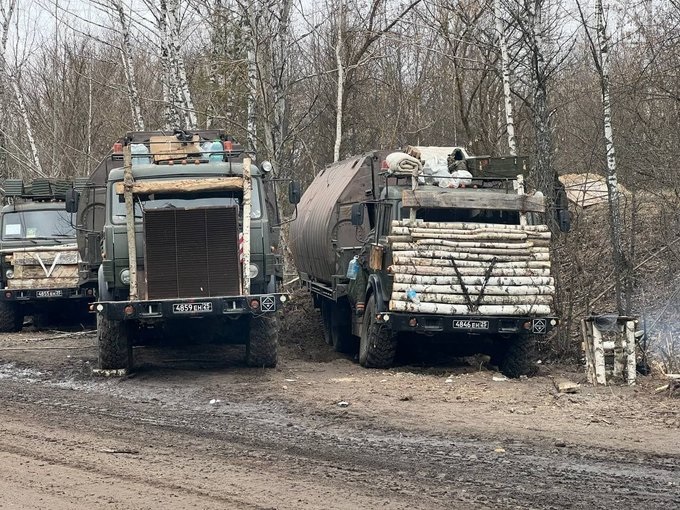 Like the American M3s and M4s operating in Northwest Europe in late 1944, who added everything from extra track to railroad steel to their hulls in an effort to survive against Pak88s and Tigers, it would seem these “cope cages” are more of a talisman than an effective answer to the threat. 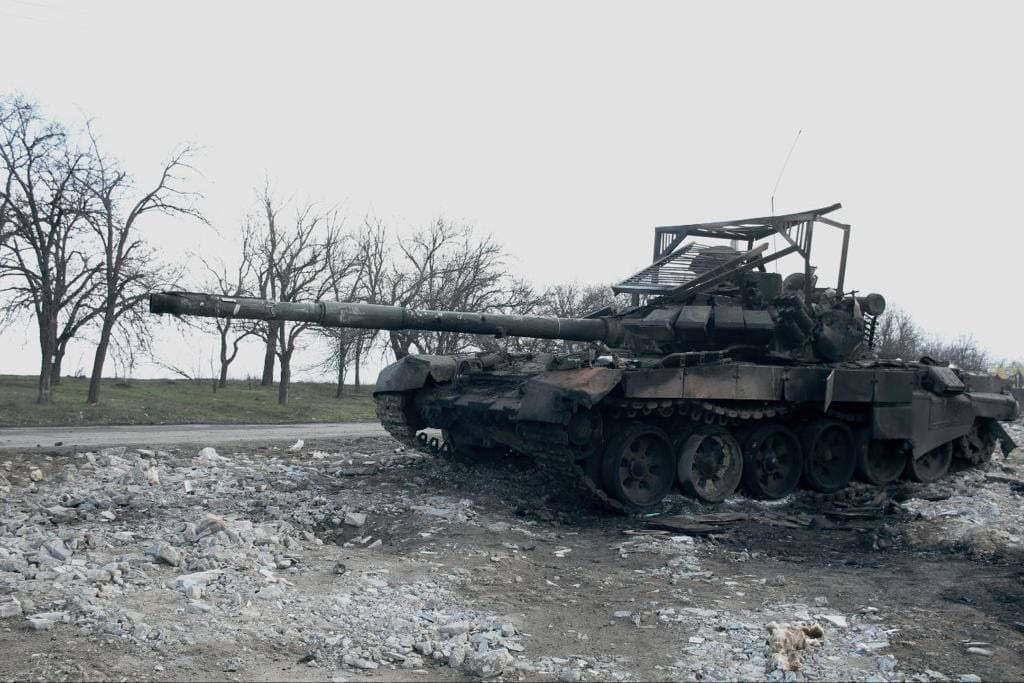 It has become a meme. 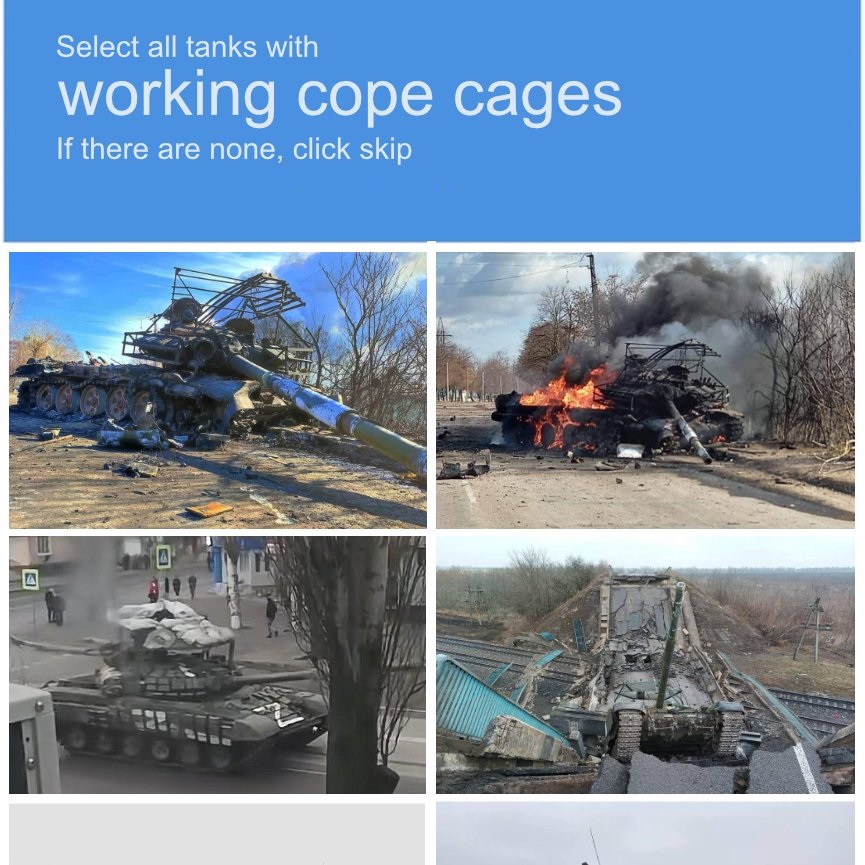 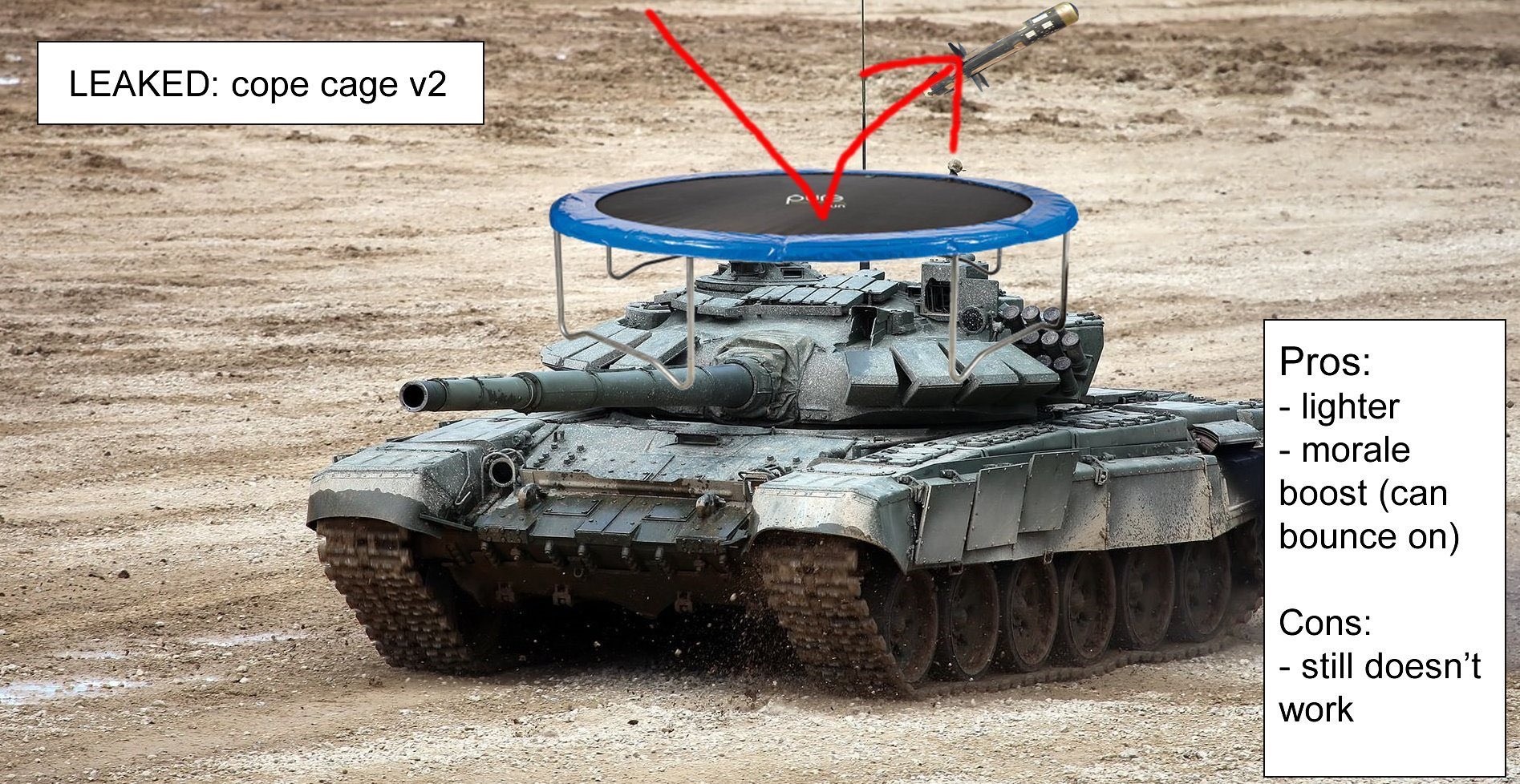 Oryx, who has been tracking and logging every vehicle lost so far as confirmed through social media imagery, says the 1000th Russian loss of the conflict is, appropriately enough, a T72 with a cope cage.