Exercise Cold Response (with a decided lack of naval air)

Built around the recently completed Queen Elizabeth-class Royal Navy aircraft carrier HMS Prince of Wales (R09), currently serving as a NATO command ship, some 25 ships from 11 nations are assembled in the Arctic for Exercise Cold Response 2022.

“The purpose of the Cold Response exercises is to train a rapid military reinforcement of Norway under challenging climate conditions and in a so-called NATO Article 5 scenario.” 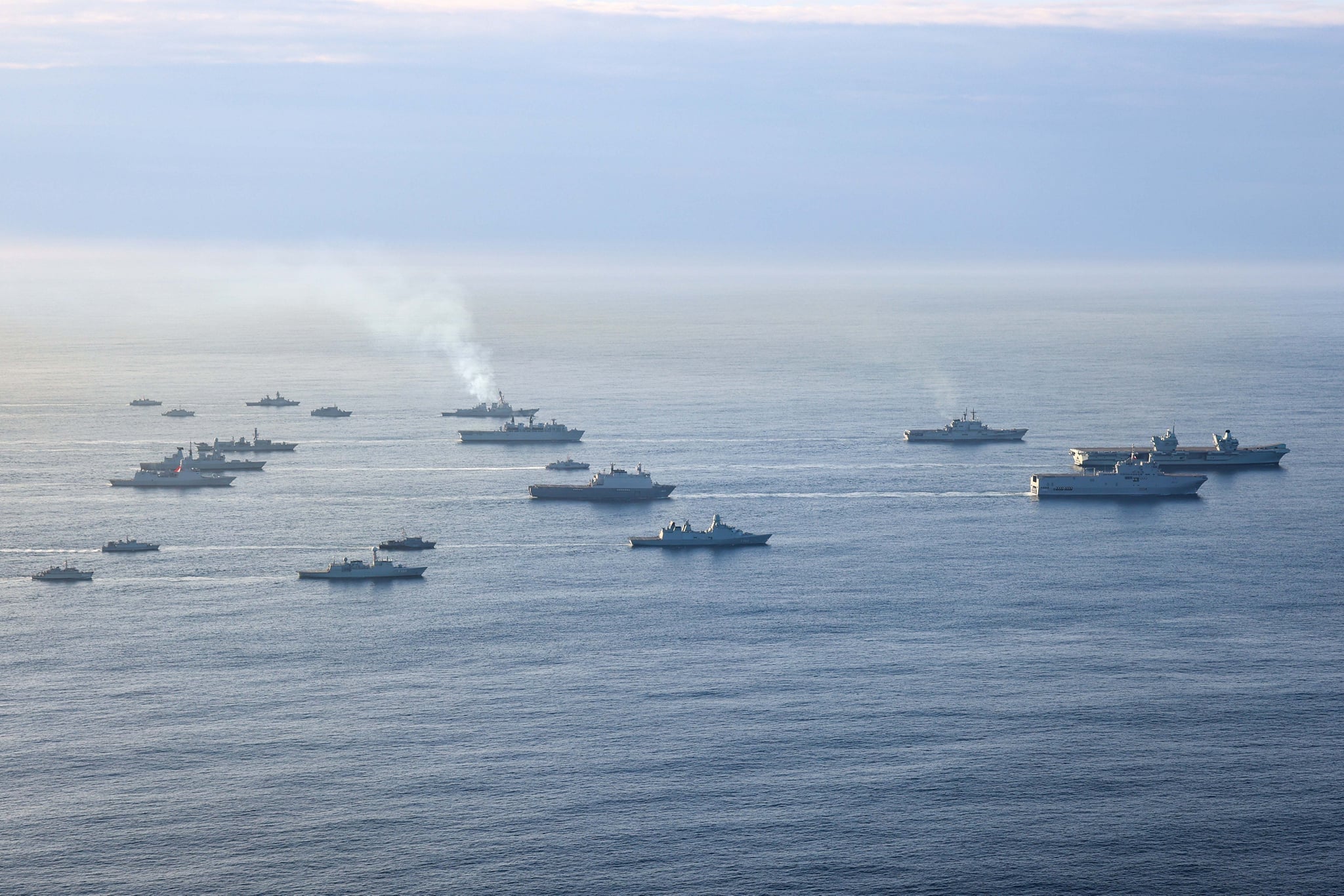 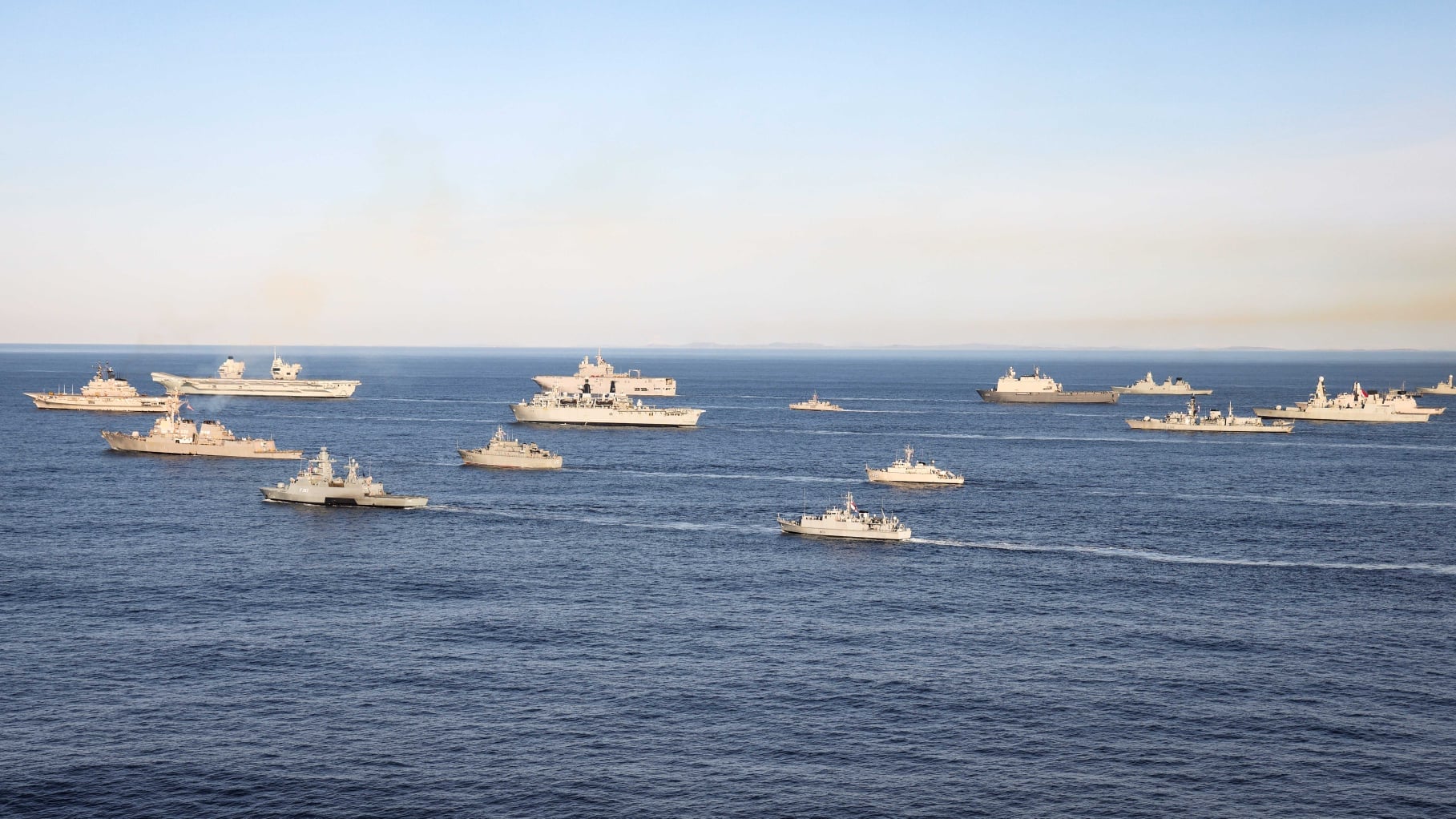 Besides HMSPoW, the Royal Navy has 900 Royal Marines ashore in central Norway and embarked on HMS Albion and RFA Mounts Bay and is escorted by the Type 45 destroyer HMS Defender, Type 23 frigate HMS Northumberland, and minehunter HMS Grimsby. Italy’s aging “Harrier carrier” ITS Giuseppe Garibaldi (C 551) is present as is France’s LPH Dixmude and Holland’s LSD Hr.Ms. Rotterdam, the latter escorted by the frigate Hr.Ms. De Severn Provincien. Danish ships include the frigate HDMS Peter Willemoes (F 362) and the survey ship Vædderen from 1. Eskadre. The Germans have sent the Frankenthal-class minehunter FGS Bad Bevensen (M1063) and the corvette Erfurt.

The U.S. is there with the forward-based (Rota-homeported) advanced Flight II Burke USS Roosevelt (DDG-80) while the command ship USS Mount Whitney and the old-school early Burke USS The Sullivans (DDG-66) have been mentioned in passing. 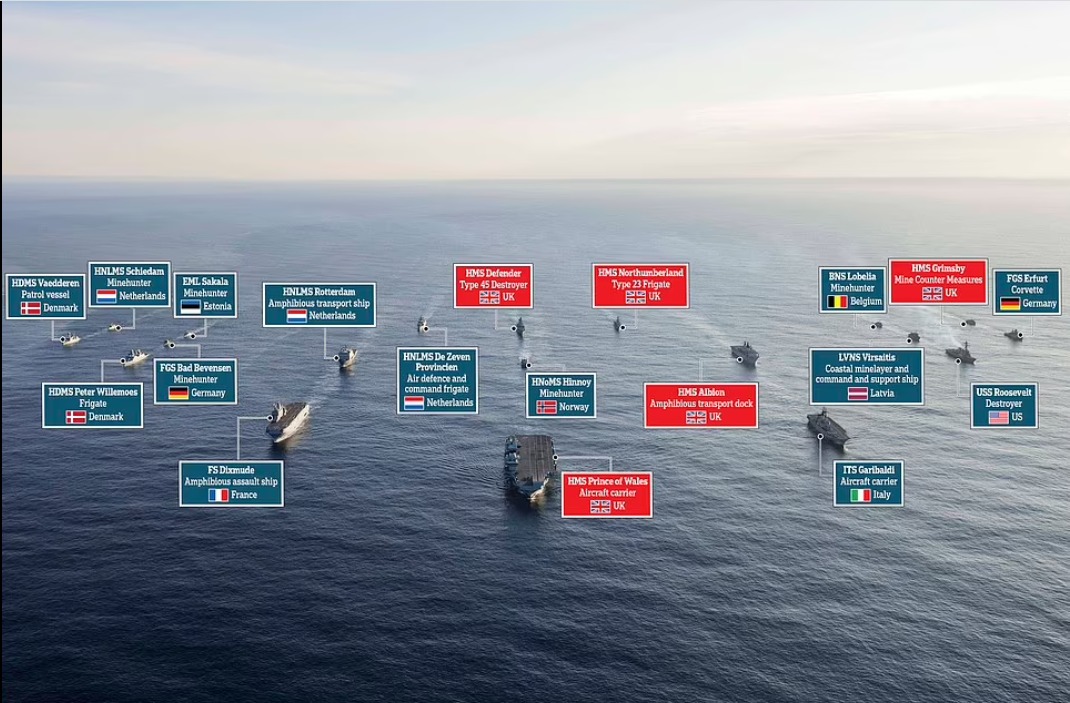 Operating with the force are RAF F-35Bs from 617 Sqn and 207 Sqn and Poseidon MRAs, all from shore, along with Eurofighters, USAF assets, Norwegian and Danish F-16s, and others. There are surely some Royal Norwegian Air Force (Luftforsvaret) P-3C/N Orions from Andøya’s No. 333 squadron making an appearance as well.

What hasn’t been seen is embarked naval fixed-wing assets, despite having two flattops underway.

The 65,000-ton Prince of Wales, sans her planned F-35s. In fact, it looks like her deck is completely bare 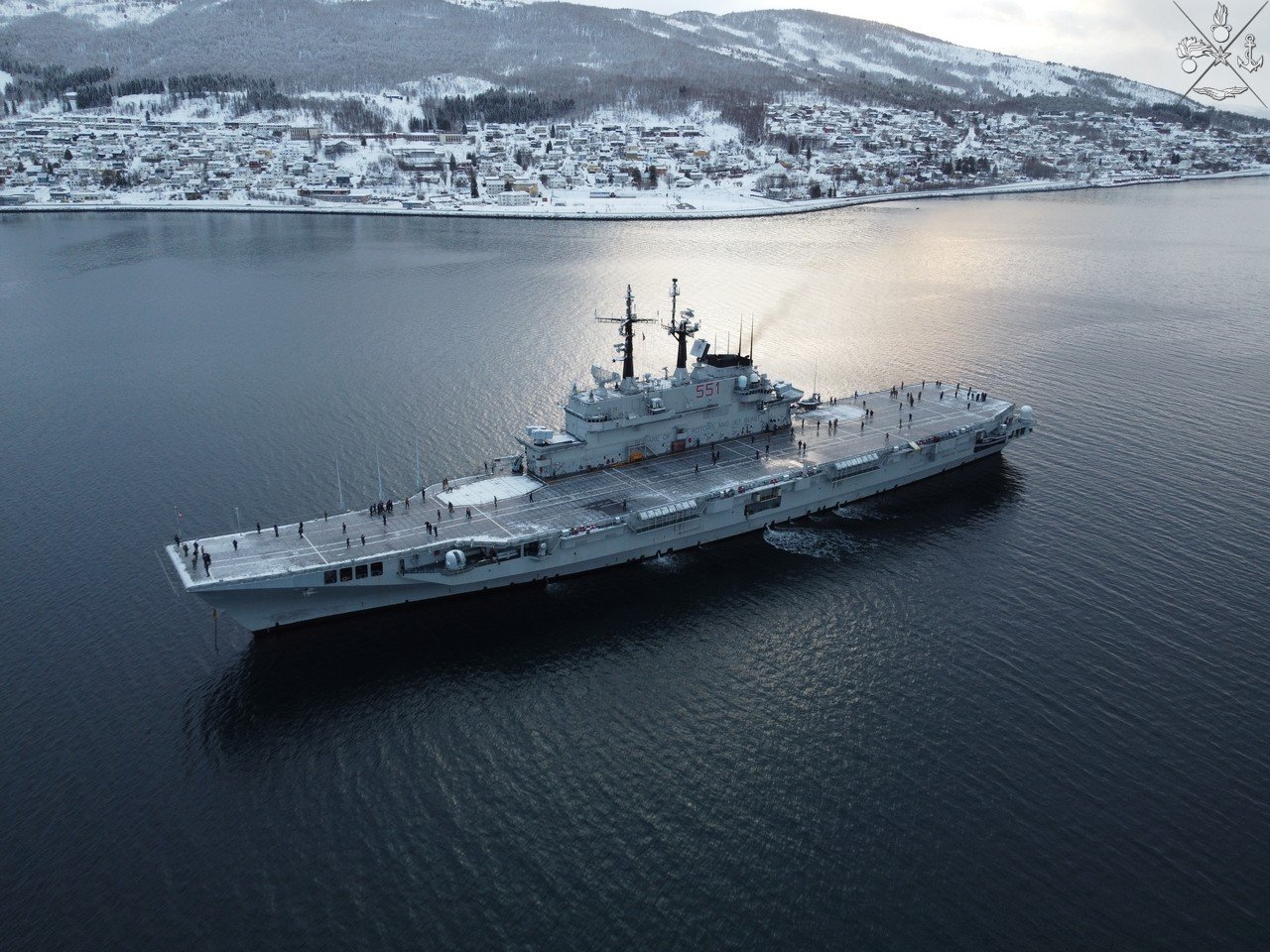 Garibaldi is the Amphibious Task Force Commander Landing Force for the exercise but doesn’t seem to have an air group embarked. It would be nice to see the Italian Navy’s AV-8Bs still flexing.

There were some Jump Jets on hand, though as 10 USMC Harrier IIs of VMA-223 arrived at Bodø earlier this month alongside 10 ten F/A-18C/D Hornets from VMFA-312.

Throughout the month, in total, about 50 naval vessels are participating in the exercise, which brings together 30,000 soldiers and support personnel from 27 countries – on land, at sea, and in the air.